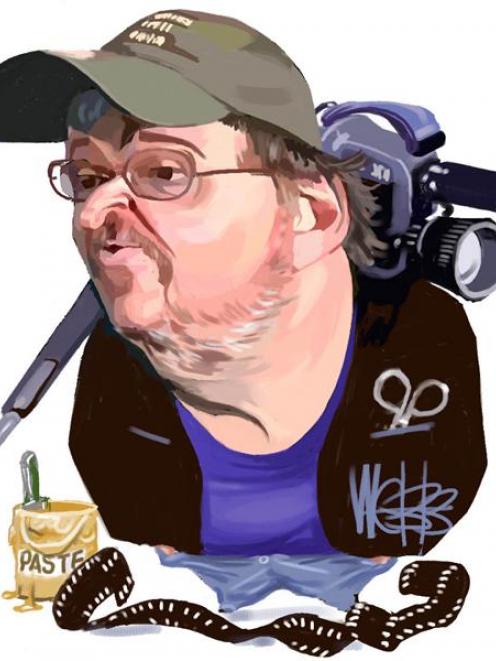 Michael Moore
Not playing at a theatre near you: Michael Moore's new rabble-rousing documentary Slacker Uprising, which instead is available on the Internet (www.slackeruprising.com) as a downloadable freebie.

The 97-minute flick, as subtle as a sledgehammer, is Moore's account of his barnstorming tour of the country in advance of the 2004 presidential election, an effort undertaken to "save John Kerry and the Democrats from themselves".

Its message to Democrats in 2008 - implicit, but screamingly so - is, don't let this happen again.

His loathing of President George Bush already documented in Fahrenheit 9/11, Moore went to 62 cities in 20 battleground states in five weeks, attempting to register as many young voters - slackers - as possible.

In Michigan, he offered his college-age crowd ramen noodles or a pair of "fresh underwear" if they registered, a comedic stunt that the state Republican Party tried to halt via legal action.

In other places, Republican supporters attempted to bar him from the local college campus, or offered student organisations large sums of money to cancel his speeches - opposition that, of course, helps gin up a little drama for the story Moore tells here.

At various rallies, Steve Earle shows up to sing, as do Eddie Vedder and Joan Baez.

This is no appeal to Republicans to cross lines, or a reasoned missive to undecided voters.

It's a series of Democratic pep rallies, railing at the Bush administration.

The music is great and the pace is often energetic, but Moore the speaker is not nearly as entertaining as Moore the film-maker, which he seems to intuit in the editing.

There are dozens of shots of him taking the podium, but only snippets of his talks, largely because his message can be fairly summed up as: "Throw the bums out. Also, blame the media."

The best moment belongs to a little boy in a crowd of Bush supporters heckling one rally.

Spotting the camera, the kid bellows, "Michael Moore sucks!" I laughed out loud at that one, and I bet Michael Moore did, too. 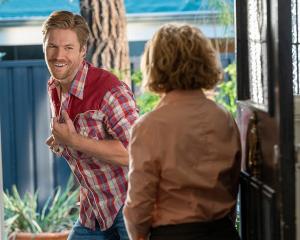