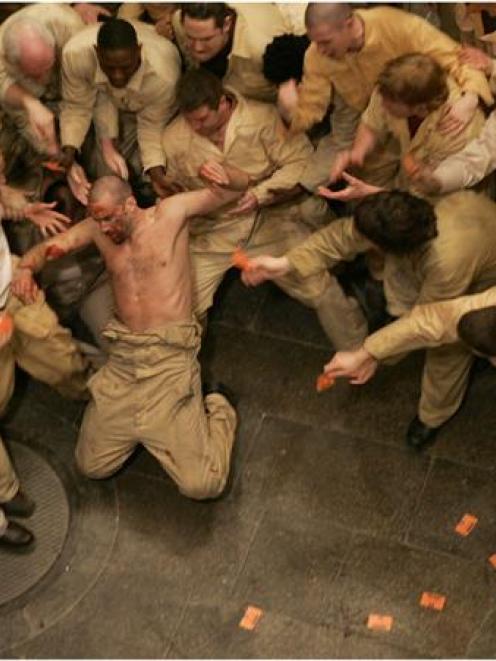 There is nothing pretty about prison life in The Escapist

From the rapid inter-cutting between a prison break in progress, and the daily hell of life behind bars, The Escapist (Rialto) signals its intent to fit up a relatively predictable story.

Featuring the well-lived in persona of veteran actor Brian Cox (Frank Perry), The Escapist pulls no punches with its representation of incarceration.

Perry is in for life, though for what we'll never know.

The crime-and-punishment angle is of less importance to the main driving factor - the lengths to which the characters will go to get out.

Once it is established what is at stake, and the various components of an elaborate escape plan emerge, sit back and hold on as the drama unfolds.

The tension is gradually cranked up as a cleverly cast band of miscreants attempts to trick the system.

From the virtually unrecognisable Joseph Fiennes, to Steven Mackintosh's psychopathic junkie, The Escapist gradually builds to a daring ending.

Not for all tastes, but if you ever wished that Guy Ritchie could re-capture his initial potential, The Escapist is a good fix.

See it with: Anyone needing a wake-up call about criminal repercussions.