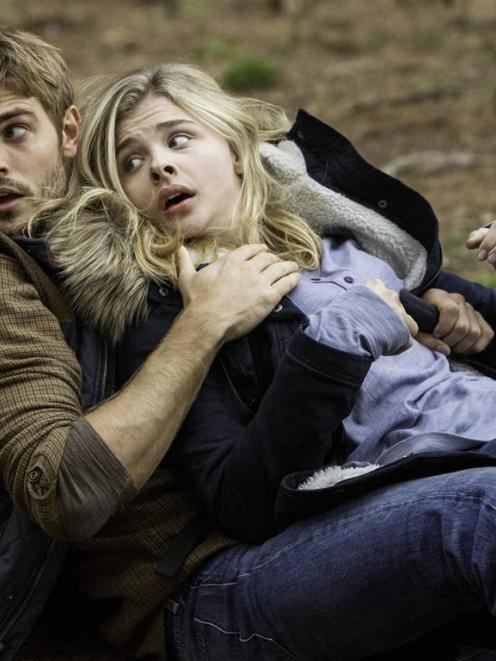 After December's end-of-year Hollywood awards season blitz, January can often feel like a bit of a dumping ground for those releases not deemed worthy of award consideration, or indeed, competitive enough in the marketplace for a big holiday blockbuster opening.

The 5th Wave more or less fits into this last category, being snuck quietly into the schedule with a minimum of hype. B

ased on Rick Yancey's young adult series, this is Sony/Columbia's attempt to kick-off another Hunger Games/Twilight-style franchise, and for the most part it's a pretty decent B-movie.

Coming off a bit like The Walking Dead for teens, but with aliens, the plot is centred around high-school pupil Cassie Sullivan (Chloe Grace Moretz), who while dealing with all the usual problems you'd expect of a teen, has to contend with the additional threat of an invading species (known only as "The Others''), whose aim is to systematically eliminate the human population and take over Earth.

It's totally preposterous but director Blakeson handles it with a light, pacey touch, which only occasionally veers into corny territory.

The performances are mostly good, and with at least one well-timed laugh-out-loud moment involving a Coldplay song, as well as some enjoyably dicey special effects, you could probably do a lot worse at the cinema on a rainy Saturday afternoon.