When it hit stores last month, the fourth installment in the wildly popular Guitar Hero video game became a test of the game industry's ability to weather the broader economic storm.

Activision Blizzard's Guitar Hero World Tour was one of the company's most important games of 2008.

At $NZ399, it is also one of the most expensive games released.

While some analysts still expect the franchise to drum up more than $2.4 billion in sales this year, the title's steep price could turn away some consumers.

"In this economy, people will be a little more frugal," said Ricardo Torres, editor of Gamespot, a website that reviews games.

For Aaron Green, who plays Guitar Hero III: Legends of Rock with his 9-year-old son Alex, the new game is still a good value.

But the price tag makes him pause.

Instead of splurging on the game when it came out, as he would have in years past, the 43-year-old said he gave the game to his son for Christmas.

"The price is a little steep," Green said. "But we still need our creature comforts to help us feel better."

That's music to the game's creators, who are pitching it as a great bang for the buck.

It comes with a guitar controller, drum kit, microphone and software that lets players create and edit their own music.

"It's like several games in one," said Brian Bright, one of the lead developers. "So you get a lot for your money."

Sarah Wright-Killinger (30) isn't convinced, though she likes to play music games with her husband.

"I'm afraid if I spend money on Guitar Hero, I'm just asking for it," she said. "It's just not the time to be spending money on things like that."

To persuade reluctant consumers, Activision is releasing several versions of the title, including a stand-alone game disc for $90, which can be played using guitar controllers from previous versions of Guitar Hero or Rock Band, a competing franchise from MTV Networks.

There's also a $170 version of the game that comes with a guitar controller only. For Activision, hitting the right notes with consumers with World Tour is critical.

The Guitar Hero franchise is "one of the three biggest profit generators" for the company this year, Activision Chief Executive Robert Kotick said.

The company leads the music-simulation category, but MTV is catching up fast, said Michael Pachter, analyst with Wedbush Morgan Securities.

Meanwhile, Rock Band, which came out November 2007 in the US, has sold 3.5 million copies. 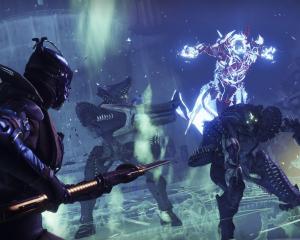 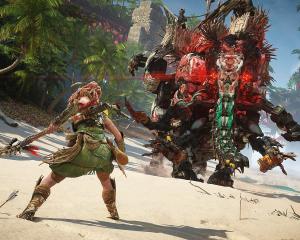