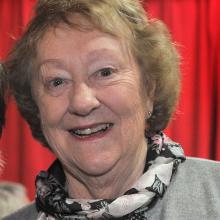 Southern Consort performed in St Paul's Cathedral yesterday, to a Covid Level 2 capacity audience, with a challenging programme of sacred and secular choral repertoire of Scandinavian and Baltic origins.

Yesterday's recital was not of the usual high standard achieved from this group, directed by Daniel Kelly, who controls a very disciplined choir, dedicated to achieving quality themed recitals of various unusual and sometimes unfamiliar repertoire.

It was very cold in the cathedral, the choir had practised social distancing in the weeks of preparation, and also yesterday a vast empty space behind them, due to post-fire renovations, altered the acoustics.

However, there were moments of excellence in the programme.

The first four works were contemporary settings of ancient Latin texts, my favourite being Ave Maria by contemporary Polish composer Lukaszewski (1968), and there was choral beauty in a prayer to Mary from Vespers, the Russian Orthodox all-night vigil ceremony by Rachmaninoff.

Swedish composer Fredrik Sixten (1962-) based his Peace on John 14:27, dedicated to the victims of the Norwegian massacre of July 22, 2011, and the meditative dissonance was delivered with emotion.

Carl Neilsen's choral arrangement of Saenk kun dit hoved, du blomst is based on a haunting lullaby for solo voice and piano, and its performance was definitely a highlight.

The final three contemporary items were brighter in character and accompanied by solo fiddle. A Lutheran metrical psalm Jesus, din sote forening a smake, arranged by Knut Nystedt, a wedding march from Norway Bruremarsjfra Vasoyfjord/Aure by Henning Sommerro who has written music for more than 140 film and theatre productions, and a traditional and energetic dance tune Gropen (Larsen) ended the recital with full-toned vibrant strength.