Echoes of past performances 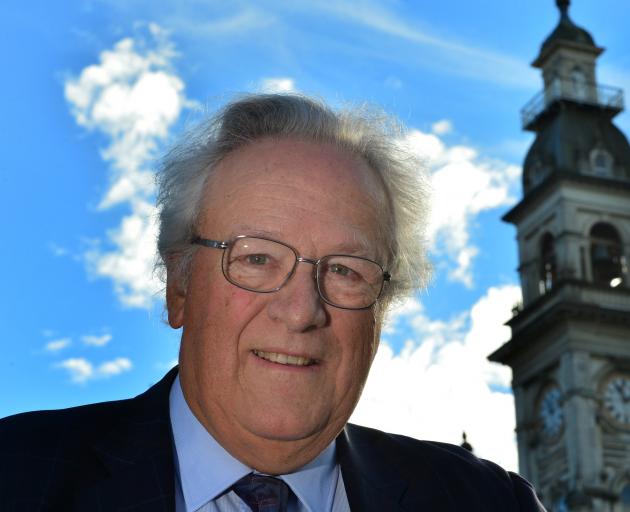 For Nicholas Braithwaite, the DSO has a special place. Photo by Peter McIntosh. 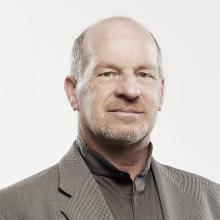 Michael Houstoun congratulates the DSO on 50 years of music.
In celebrating its 50th year, the Dunedin Symphony Orchestra is paying tribute to its history and never more so than in its latest concert, Rebecca Fox discovers.

When English conductor Nicholas Braithwaite steps out on to the Dunedin Town Hall stage this weekend, history will repeat, he believes.

His first concert with the Dunedin Symphony Orchestra (DSO) was in May 1992 and the soloist for the concert was none other than pianist Michael Houstoun - who will also perform this weekend.

Braithwaite, a former principal conductor for the DSO for 10 years (1997-2006), can even remember the programme - Mendelssohn's A Midsummer Night's Dream Overture, Beethoven's Symphony No 2, Wagner's Siegfried Idyll and Shostakovich's Piano Concerto No 2.

Houstoun says his memory is not so clear.

The University of Otago graduate's connection with the orchestra goes back 40 years, to his first concert with the DSO in 1976.

''Nicholas and I are friends and have collaborated before, but I can't remember what concertos we've done - not because they weren't memorable, just because I'm getting older, alas.

''Funny what can be remembered and what can't, although I don't really mind forgetting my personal musical history as long as I can still remember my friends.''

For Braithwaite, who has been principal conductor or musical director for orchestras from Norway to New Zealand, has enjoyed his long association with the DSO.

He appreciated the commitment and the end result the DSO produced.

''My favourite memory is a continuous one rather than one made up of an individual experience, and one that I believe to be shared by everyone who works with the orchestra.

''The DSO has an utter commitment to being the best they can for every concert they play.

''They constantly strive to achieve the highest standards they can, and the passing years have been marked by a continual growth in the standards of the orchestra.''

The orchestra's growth had been enormous over the years, as had been the its vision ''to see what is possible''.

''We have extended the repertoire to include some of the major works of the orchestral repertoire - Berlioz's Symphonie fantastique. Rimsky Korsakov's Scheherazade, Shostakovich's Symphony No. 5 just to give a few examples.''

He was looking forward to the programme to be played in Dunedin.

''It is great that we are playing Jack Speirs' Fanfare - he was such an important part of the early years of the orchestra.''

The DSO said the performance of Speirs' piece was an acknowledgement of his contribution to the DSO especially as its music director from 1974 to 1989.

Braithwaite said the Beethoven piece to be played was ''one of the giant pieces in the repertoire'', the Bartok concerto is a very genial example of that composer's work, and the Dvorak New World is, ''quite rightly, an audience favourite the world over''.

Houstoun learnt Bartok's Piano Concerto No 3 many years ago but the repertoire for the concert was changed at the last minute, so this performance with DSO will be his first.

''It is Bartok's final score, finished except for the final seventeen bars, which were only sketched. His pupil and friend Tibor Serly deciphered and orchestrated these bars. It is music pared back to its most elemental and elevated, and the slow movement is one of the greatest in the repertoire.

''The slow movement in particular has one foot in this world and one in the next.''

For Braithwaite, conducting an orchestra had changed a lot over the years.

''These days you very rarely get conductors who believe that they will achieve results by abusing their players - thank God.

''In the bad old days, particularly in the USA, a conductor could fire a player on the spot, on a whim, and with no comeback. That is pretty much impossible now, as it should be, as it is clearly open to abuse and quite wrong for a person's employment to be so subject to a single, personal, and very subjective arbiter.''

Today, a conductor is more usually a ''constitutional monarch, rather than an absolute one'', and the relationship is much more one of co-operation than coercion.

''Though I must say there are occasions when I envy the King of Denmark. He was quite a good conductor, I believe, and one day was rehearsing a piano concerto with his orchestra [Det Kongelige Kapel] and his son playing the piano. The King stopped and said to his son: 'I don't think that passage should go like that - it should go like this.'

''His son replied: 'Well you know, I don't agree - I think it should go the way I want to play it, and I am the soloist.'

''To which the king replied: 'Well I don't agree with you, and I am the King!'

''Sometimes it would be nice to be an absolute monarch.''

Being part of the orchestra's 50th celebrations was also special to Braithwaite because of his family connections to Dunedin as his father was born in York Pl in 1896, the son of a bookseller who was to become mayor of the city.

He later emigrated to England and spent his life and career as a conductor there.

''I first came to Dunedin with the New Zealand Symphony Orchestra in 1976 and was fascinated to discover the city of my father's birth, in its glorious setting of the harbour and Otago Peninsula.''

So he was overjoyed to be invited to conduct the orchestra that first time in 1992 and thrilled later to become the principal conductor.

''It seems to me that the Dunedin Symphony Orchestra has been a crucial focus for the wider musical community in the south and has immeasurably enriched the quality of life in this part of the world.''

Braithwaite has conducted many of the world's great orchestras over the years.

''Just as I would not compare myself with the great conductors of the day such as Bernard Haitink, Carlos Kleiber and so on, I don't think any of us would say that the Dunedin Symphony Orchestra is going to knock the Berlin Philharmonic Orchestra off its perch at the top of the league table.''

However, he took pride in saying the DSO has consistently played to its public at the top of its game.

''To a standard that leaves great international artists such as Nicolai Demidenko waxing lyrical in its praise, and that the Dunedin public is incredibly lucky to have such a fine symphony orchestra in its midst.''