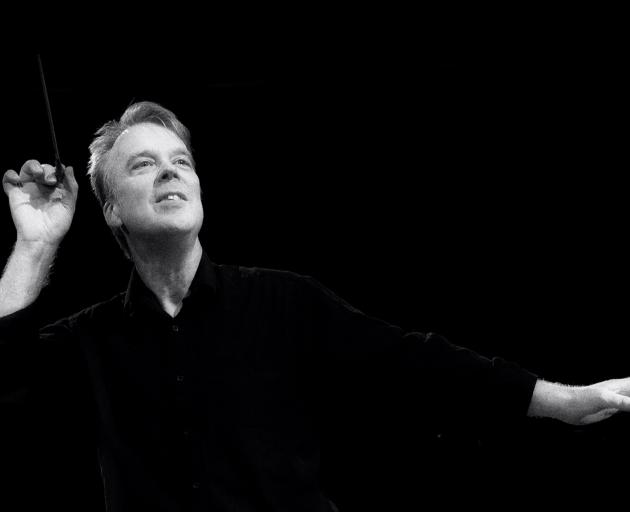 Known for ‘‘virtually dancing on the platform’’ while conducting, Richard Davis will lead the Dunedin Symphony Orchestra. Photo: Supplied
Just settling into a new life in Melbourne, British conductor Richard Davis is about to visit New Zealand for the first time, he tells Rebecca Fox.

Music is not something a person thinks about doing; it has to be unthinkable to do anything else, British conductor Richard Davis says.

It is advice he gives to his students and for him it has been highlighted by how difficult the decision was to give up playing the flute at the end of last year.

For the past eight years while conducting, Davis, who has spent most of his life in and around Manchester, has continued to play principal flute for the BBC Philharmonic.

''But it was clear that a decision had to be made, as I was having to work seven days a week to maintain my standard. To play any musical instrument, at the top level, needs a continuity of practice. The facial muscles one requires, the finger dexterity cannot just be 'pulled out of the hat'. They need daily work and I was finding it increasingly difficult to find the time.''

So in December, Davis, who now lives in Melbourne, stopped playing completely, after being the philharmonic's principal flautist since 1984.

''I loved playing right up to the end and it was a very difficult decision for me - stopping playing and also leaving my dear friends in the BBC behind. I miss them.''

While flute was his first love, he always had a ''hidden passion'' for conducting.

His grandfather - who wanted one of his five grandchildren to be a classical musician - had taken him to orchestral concerts throughout his childhood.

''I had expressed an interest in conducting for many years before playing the flute.''

He first played the violin, which was given to him by his grandfather, who also gave his sisters a French horn and a piano.

''I don't actually remember whether we had any say in these choices - we were pretty young. It worked, though: two out of five of us became professional musicians.''

He heard the flute for the first time in senior school orchestra.

''The sound the girl made, playing this shiny tube, was so beautiful.''

That same day, he came home and turned the television on to watch children's television programme Blue Peter. James Galway was featured, talking about and playing his flute.

''It was a sign! I decided there and then that I wanted to play that instrument. I took me over a year to persuade my mother to buy me one, though.''

Davis has since appeared on Blue Peter twice, once teaching the flute to one of the presenters and, much more recently, coaching another presenter in the art of conducting.

However, after his conservatoire training, he was offered a principal flute-playing job.

''I just had to put the conducting dream on the back-burner. Marriage, mortgage and children kept it there for many years.''

It did not stop him from studying the work of a variety of conductors - their different techniques and interpretations (and standards).

''[It] gave me an understanding of what orchestral musicians wanted, what worked and what didn't.''

In 2008, he decided to leave his job at the BBC and go back to college for a year. Luckily, the BBC chose to keep his job open, and also offered him conducting work once he returned.

He has gone on to conduct in a variety of genres, from television soundtracks to avant-garde world premieres to family concerts.

One of the performances to stand out for him was the premiere of Services No Longer Required, by Richard Taylor.

The writings of a Manchester Pals gunner on the Somme battlefield from 1914-16 were set to music and accompanied by actors, singers and the BBC Philharmonic.

''All the performances were given at the Imperial War Museum among the armoury and weapons of the day. It was really inventive, beautiful and moving.''

A more ''surreal'' experience was taking part in the Bollywood Prom, featuring Indian film music, at the Royal Albert Hall.

''The research for conducting this concert involved me watching a lot of very long films! I'm actually going back to the UK soon to repeat this concert with the City of Birmingham Symphony Orchestra.''

He has also conducted combined performances of orchestras and

''They are great fun - to see how another side of the music profession works. Generally, rock musicians record and perform with a 'click track' in their ears (like a metronome). This is so there is no deviation of tempo and that each performance is 'near-identical'.

''Classical musicians like to make each performance slightly different and more spontaneous and we use something called 'rubato'.

''When working with rock musicians, it is easier for us to adopt their method of performing than for them to learn how we work. So generally we all wear headphones and play to their 'click'.''

Most classically trained musicians hated doing this but it was the only way, and applied to all film music too, as this allowed the music to exactly line up to the picture.

However, Davis recently worked with Ed Kuepper and the Queensland Symphony Orchestra and they decided not to use a ''click'' for him, as his music was much freer than most rock musicians', and it worked ''perfectly''.

No matter what genre he is conducting, Davis believes the most important thing is the act of performing should be a fun experience for all.

''If the players are really enjoying it, then hopefully the audience will too.''

He claims not to have any favourites when it comes to music.

''As you open a score, you begin to fall in love with the music and the composer; you see new things every day as the interpretation presents itself to you. The answer to this question is therefore: the music I most like to conduct is always the music I'm conducting today.''

Conducting has also opened up new opportunities. When conducting in Australia, he was offered a job at the Melbourne Conservatorium of Music. He is now associate professor in music (conducting/music direction) and head of orchestral studies.

''It just came out of the blue. One thing led to another - my wife and I and two dogs moved here in February.

''But it's tough. We have had to leave our children and granddaughter behind. Thank God for air travel and skype.''

Davis is looking forward to visiting New Zealand for the first time and performing in Dunedin.

''We've got an exciting Italian-themed programme lined up ... there's an Italian story from the 1700s and a young German composer's impression of Italy, as well as offerings from some bone-fide Italian composers too.'' 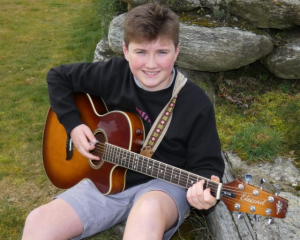 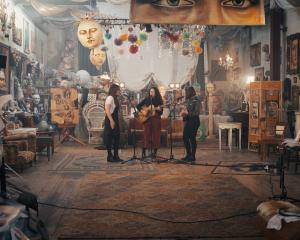 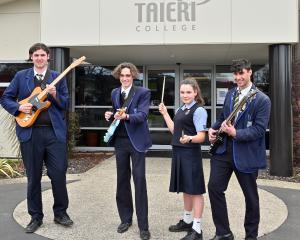