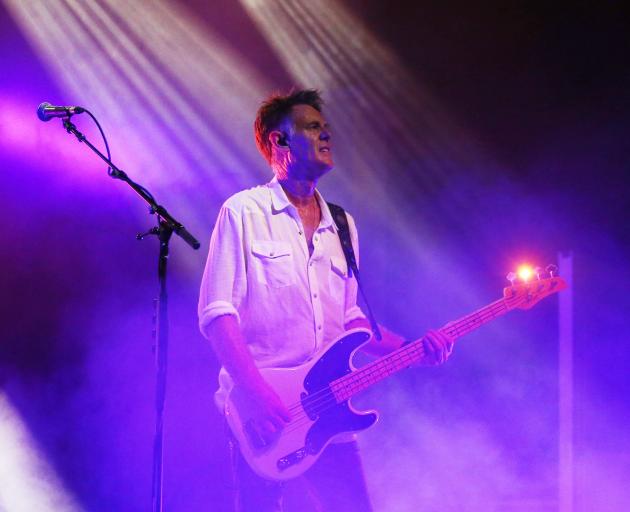 Australian band Midnight Oil announced via social media that New Zealand-born Hillman died at his Milwaukee home in the US on Sunday after a cancer battle.

"He was the bassist with the beautiful voice, the band member with the wicked sense of humour, and our brilliant musical comrade," the tweet said.

"Bones joined Midnight Oil way back in 1987 after stints in various Kiwi bands, most notably, The Swingers. He played and sang on every Midnight Oil recording since Blue Sky Mining and we did thousands of gigs together.

We’re grieving the loss of our brother Bones Hillman, who has passed away at his home in Milwaukee today after a cancer battle. He was the bassist with the beautiful voice, the band member with the wicked sense of humour, and our brilliant musical comrade. pic.twitter.com/qP5EJqZowL

"We will deeply miss our dear friend and companion and we send our sincerest sympathies to Denise, who has been a tower of strength for him.

Tributes remembered him as "a lovely lovely man", "a great and kind guy", with amazing vocals.

Russell Crowe tweeted: "What a grand chap he was. Sad sad news."

Wayne Stevens was born in Auckland in 1958, adopting the stage name Bones Hillman in the 1970s.

He joined Kiwi punk band Suburban Reptiles in the mid 1970s after a stint in the Masochists.

In late 1977, he joined the Swingers with Phil Judd (ex-Split Enz) and Mark Hough (ex-Suburban Reptiles). Their single Counting the Beat was a transtasman No 1 hit before the band split in 1983.

Hillman moved to Australia as part of The Swingers in 1980 and lived there until 2002.

He joined Midnight Oil in 1987 as bass player.

Hillman moved with his family to Nashville in early 2007 to participate in the more active musical scene there.