Music in their blood 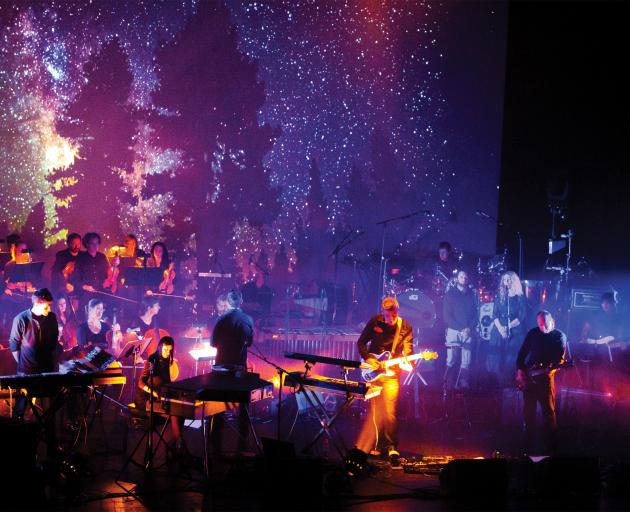 One grew up listening to her mother play with the New Zealand Symphony Orchestra, the other busking with her family on the streets of Whangarei.

But Tessa Dalgety-Evans and Ngaruaroha Martin have ended up performing together on Dunedin stages, and their potential has been recognised by the Dunedin Youth Orchestra, which named the pair as the recipients of the young musician prize for 2018.

While the pair each receive funds to go towards furthering their musical endeavours, they also get the chance to perform a solo piece at one of the orchestra's performances next year.

It will be a big step for the pair but both are excited about the opportunity.

Dalgety-Evans (19), the daughter of NZSO first violin Ursula Evans, sees it as another step in her journey.

''It's a really important experience. When I think of my mum, I know it'll take a lot of hard work.''

Given her mother's career, it is hardly surprising Dalgety-Evans took up music at a young age, although she began with the piano. 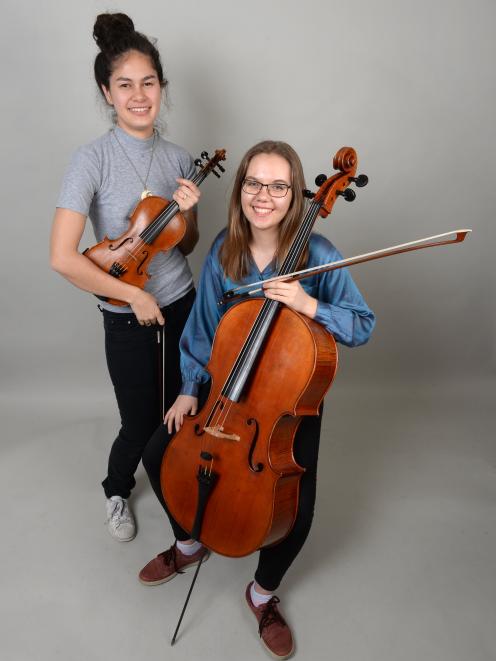 Dunedin Youth Orchestra young musician award-winners violinist Ngaruaroha Martin (left) and cellist Tessa Dalgety-Evans. Photo: Linda Robertson
''My mum suggested the cello when I was 9 and I've stuck with it since then.''

She performed in the Wellington Youth Orchestra and NZ Secondary Schools Symphony Orchestra and in other groups while at secondary school.

After secondary school she decided to take a gap year in the United Kingdom where she worked at a primary boarding school.

''I wasn't ready to launch full-on into university and I'm glad I did it.''

She was able to take her cello with her, taking lessons with a nearby teacher and attending a music summer school in Edinburgh.

''It was questionable if I'd be able to do it but it all worked out. If I hadn't been able to take my cello I wouldn't have been able to continue my studies.''

Dalgety-Evans is now working on a double degree in music (cello performance) and English and linguistics at the University of Otago.

She is settling into student life, performing with the Dunedin Youth Orchestra, where she leads the cello section, as well as the Dunedin Symphony Orchestra, Cellists Otago and the Southern Youth Choir.

''If you lived in Auckland or Wellington you wouldn't get the opportunity to play with them and the orchestral experience is good.''

Her first performance with the DSO was with violinist Shlomo Mintz playing Tchaikovsky.

''It was amazing to be able to accompany him. It was a great first concert.''

A performance like that ''pushes you further'' to commit yourself to the music and to practice effectively and efficiently, she says.

Having watched her mother and been around professional musicians growing up, Dalgety-Evans is well aware of the less romantic side of a music career.

''It's not all romantic, amazing and wonderful. They are normal people, trying to live normal lives - Mum was on tour a lot and I just thought that was normal.''

Her recent performances have also helped her appreciate what her mother does.

''I took it for granted, but now when I see my mum up there I'm so proud. She has a special gift.''

Martin was also encouraged by family to take up music - the violin.

She played throughout high school and studied violin at Waikato University.

''After that I kind of lost my big passion for it.''

But since moving to Dunedin with her husband, who is studying health sciences at Otago University, she is beginning to regain that passion.

''I'm building back up again. This award is giving me the drive again and I'm enjoying playing again.''

Music has always been part of her life. She is part of a large family which all played together and performed together.

Now she is finding her feet again, Martin is keen to pursue a career as a violinist but knows it requires a lot of hard work.

''I've always loved performing but I haven't always loved practising, but you have to do that if you want to perform well,'' she says.

As a child she dreamed of becoming a solo violinist, but for now she is concentrating on chamber and orchestral performance.

Martin was aware it took a lot of business and organisational skills to be a musician in New Zealand.