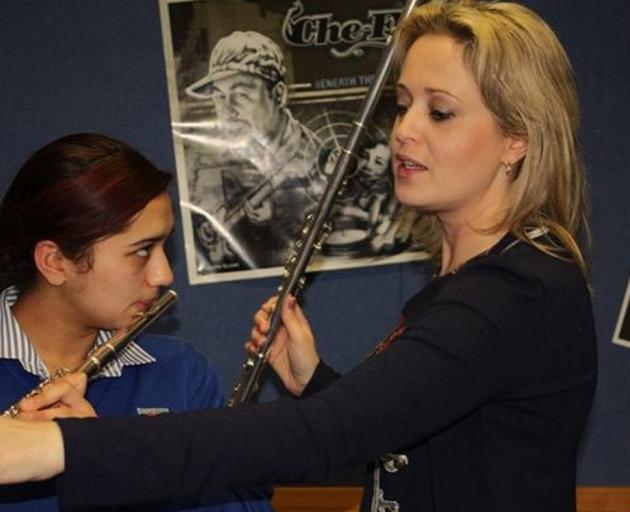 Twelve-year-old Adrianna Lis nearly threw her flute out the window after her first few lessons.

That determination stood her in good stead growing up in Poland where playing the flute became a lifeline.

"[It was the] Best thing I did to stay positive growing up in country under communist regime."

Music was also always playing at home as the family listened to classical music on the radio. Her grandmother sang and listened to Vladimir Horowitz (a Russian-born American classical pianist and composer), while her father loved opera and Greek-American singer Maria Callas. Her mother was more "up-beat", listening to popular music. 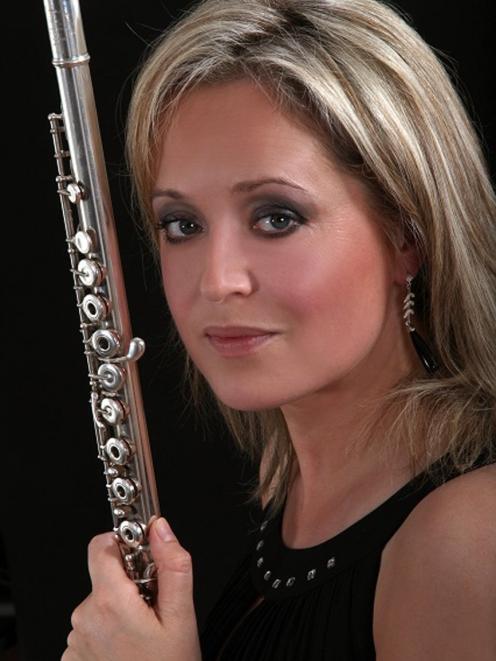 Lis chose the flute because of its sound, but also due to the endless opportunities in which flute can be used and featured.

"I knew it can take me places either as a solo, chamber or orchestral performer."

But it was a "wonderfully inspiring" teacher who taught Lis the "beauty of music", not just flute playing, that clinched it along with the famous "funny" 1983 video of Berdien Stenberg playing Rondo Russo by Mercadante.

"Flautist James Galway and pianist Krystian Zimmerman played huge role at the start . You must love music absolutely to be able to give up a part of your childhood for practice purposes."

She believes that making a decent sound when first learning the flute is the most challenging task.

"In my case I wasn’t good — in fact for the three first lessons it didn’t work. I almost threw the flute out of the window."

That teacher also taught her that with the love of music comes discipline, hard practice, sacrifice, rules breaking, she said.

Lis was 14 when the teacher told her, after she had won  her first competition, that she had a "great gift" and she began to think she could make it a career.

"I trusted her completely. We remain close to this day."

She attended musical schools at primary and secondary levels learning not only her instrument but harmony, solfeggio, theory, music history, chamber and orchestral playing.  Then she headed to university, which offered music form analysis, a pedagogical degree in the solo course and monthly  concerts in which to perform.

"My musical education in Poland was free, something pretty amazing."

She completed a master of music and master of arts degrees and a teaching certificate in Poland before travelling to Germany to study and then to America in 1998 after receiving a full scholarship to do her postgraduate studies in advanced solo and orchestral performance with Prof James Walker at the University of Southern California (USC) in Los Angeles.

While at USC she worked at the Polish Music Center gaining skills as a cataloguer, reviewer, translator, librarian and researcher.

New Zealand called when Lis’ husband, Vadim Simongauz, who was also studying in the United States, won a trial with the Auckland Philharmonia as a principal timpanist in 2003.

"I was very drawn to fact that we had the possibility to come to New Zealand, a beautiful and peaceful place."

The pair secured jobs with the Auckland Philharmonia, but when their daughter Mariella was born Lis ‘‘stepped out’’.

She joined the Auckland Chamber Orchestra and began focusing on a solo and teaching career.

"My USC teacher always told me: practise now as later you will not have a time.  He was right. I am not only a performer and teacher but also a mother who loves to spent time with my family."

Although she has enjoyed working with a variety of artists, composers, producers and instrumentalists, she is frustrated at the lack of recognition classical music gets in this country.

"I can’t hide that this can be a frustrating process.

"There is a lot of interesting and gifted people that make the music in New Zealand unique and fresh. I enjoy these collaborations to this day."

Musicians have to be versatile and open-minded to new ways and opportunities, she said.

"I love working with Auckland Chamber Orchestra and Peter Scholes, whose programme is always innovative and different, plus he focuses on promotion of New Zealand modern music."

Some composers had created new works for Lis, which can be heard on  Rozmowa-Dialogue, a CD recorded by the "wise and hard-working" Wayne Laird, from Atoll Records.

"I am learning now a solo flute work by Waikato University composer Martin Lodge. It’s a piece that stretches flautist technically, but has a great story, so I enjoy it."

Lis has recently moved to Hamilton, but hopes to continue with the chamber orchestra where she plays the principal parts, supports the orchestra and conductor.

"I hope to work with local groups and develop the love for flute here."

At the Dunedin Flute Festival she will be performing works by New Zealand composers such as Michael Williams and Eve Castro Robinson, plus a Polish collection and taking ensembles and workshops.She sees teaching the flute as part of her duty, but also finds young people teach her something new.

"One of the advice I give to young flautists is to work hard and break rules. Honesty is most important. Be kind. Build good reputation, find the passion as without it the good winds will not blow."

About 30 people ranging from children to adults will attend this weekend’s flute festival.

Organisers Natasha Manowitz and Katie Mulholland said flute was popular in Dunedin as it was an instrument many children took up after learning the recorder.

There were about 100 flute pupils in the city learning through a variety of platforms, including intermediate and high schools, Saturday Morning Music Classes and private lessons.

The aim of the festival is to promote the flute community within Dunedin, and increase the number of pupils and their enthusiasm for their instrument.

It will bring together flute players of all stages and levels in a unique opportunity for students to collaborate with other flautists as well as attend workshops taken by professional players and teachers.

The festival will also provide participants with an opportunity to play and perform within an all-flute ensemble, attend various workshops to further their musicianship and technique as well as be inspired through hearing guest performers Lis and Rose Osborne.

"It has been created as an inclusive weekend where players can extend their own abilities as well as meet and collaborate with other flautists."