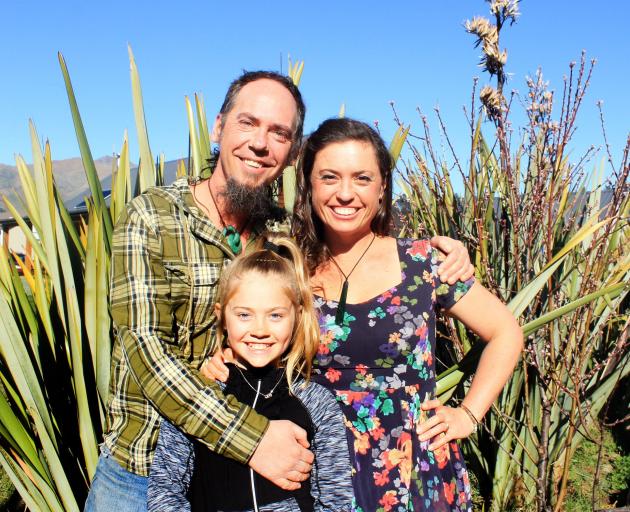 The family that sings together: Jeremy van Riel, Tasmin van Riel (10) and Anna van Riel. Photos: Supplied
Children's music is storming the charts, most recently in the example Wanaka artist Anna van Riel. She tells Tom McKinlay why things are sparking up now.

Top of the New Zealand music chart this week is Six60. No news there then.

But just a couple of spots back is an artist with whom you may be less familiar, depending on your demographic.

Coming in at No 4, just ahead of multi-award winning crooner Marlon Williams, is Wanaka's Anna van Riel, with her new album Fishing for Stars.

It's an almost entirely Wanaka-made effort, chock full of original songs for children, two of which have their own made-in-Wanaka videos.

"It's cool to be ahead of Marlon Williams, he's one of my heroes," van Riel says through a great guffaw.

Brooke Fraser is tucked in a little further down the chart. Sol3 Mio's Christmas album can't even break the top-10.

"I'm just hanging out with the gang, you know. Up here at the top of the charts with my children's album," van Riel says with another very genuine chuckle.

"New Zealand children's music is taking a really big leap at the moment, it is very exciting for all of us."

Traditionally, there has not been much in the way of platforms or support for children's music in New Zealand, van Riel explains. So we're overrun by Australian outfits, the likes of the Wiggles and Hi-5, and American interlopers such as Barney, despite there being a rich seam of Kiwi kids music just waiting to be discovered, she says.

"But there hasn't been anywhere to share it or funding to support it, so it is just trickling through."

As an example, event websites don't always have a category for children's shows, she says, and when the Suzy Cato-headlined album The Totally Awesome Kiwi Kids Album was released recently, a major music chain retailer didn't have a section to file it under, so it ended up in the reggae stack.

"What's changed the game is that New Zealand on Air has just started a new kids music funding scheme, which is really exciting," van Riel says.

It allowed van Riel to make her album.

NZ on Air ran its first funding round for children's music in May this year and another in August, and has invested just under $133,000 so far. Fishing for Stars was one of 14 music projects that won support. Part of the impetus is to support the online channel Heihei, a dedicated ad-free home for NZ children's content.

"Our goal is to really get Kiwi kids music on the map, on the world map. Our performers need to be discovered and known, because we have pirates and beautiful harmonies and lots of singing and dancing, which is great stuff for kids."

Among other New Zealand musicians to make a splash in the children's music world in recent times is perennial chart topper Anika Moa. Her two Songs for Bubbas albums both charted.

Van Riel credits her on Fishing for Stars.

"She really gave me the courage to go for the kids music wholeheartedly because she is also a grown-up music musician."

Van Riel had been concerned she might be pigeonholed as a children's music performer, despite her own previous success in the world of adult tunes, but has ultimately found it enormously rewarding to write for younger audiences.

"I remember being little and it is just so exciting to be little and have music that is just for you. It is just such a magical stage in your life." 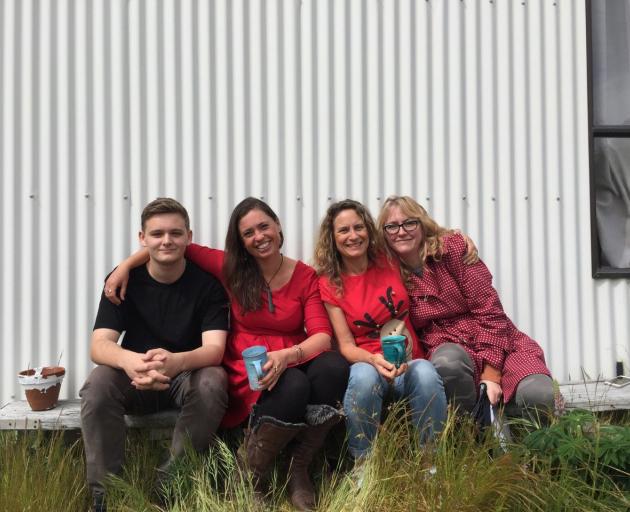 Fishing for Stars is van Riel's second children's album; her first was pipped for a Tui award back in 2014. The title track, Cooking Up A Song, won a top prize across the Tasman.

When the NZ on Air funding came through, van Riel had a handful of songs and sketches for others, so "powered out" the required material for the new album.

"I think it is some of my best work," she says.

The album was recorded with Wanaka sound engineer Daniel Fairley, with whom she has now collaborated on several projects, and who was up for a Vodafone music award himself this year, with his electronica outfit Arma Del Amor.

Available to view now, on YouTube, are a couple of cuts from the album.

The first track to go up, complete with video by young Wanaka whizz Ollie Larkin, was the song Echo, sung by van Riel's 10-year-old niece Tasmin. It also includes a karakia by her brother Jeromy.

"She is just such a passionate wee singer, and I thought `I would love for her to sing this song'," van Riel says of her niece.

But that's not where the family connection ends.

"The song came when my wee guy ... was just learning to speak, I have this audio recording of him in the buggy and he is going, `ooh, ooh', and you can hear his echo."

Of such moments are charting-topping children's songs made.

From there, the goal was to write a song for children themselves to sing, van Riel says.

"This beautiful song that little kids can have as their own. So I am really stoked to have got that one out."

Another box van Riel was trying to tick with Fishing for Stars was to write a set of songs that would appeal to children from pre-school age right through to the older primary school kids.

The song-writing process is the same, van Riel says, whether she's composing for the youngest of audiences or for grown-ups.

"For me, I just feel the song in my body. I think what I do is I imagine what it is like performing it, whether it is for adults or for children and I just sit in that space of sharing the song.

"It feels like the best songs come this way. It is when I try too hard to write a song that I just never finish it."

There's a strong social conscience that runs through van Riel's work, extending to the relationships she builds with collaborators and the materials she uses in the physical production of her albums.

Fishing for Stars has a song called Only One Planet, and Echo is all about relationships and connections.

Proceeds from the second song from the album to have a NZ on Air video released, Give Love at Christmas, co-written by prolific New Zealand children's song-writer Kath Bee, will go to the Variety charity. Hawea's kindergarten, school and playgroup are also getting a cut from album sales.

The Give Love at Christmas video features a choir made up of grandparents, parents and children in Wanaka, singing in St Andrew's church.

"It is about it doesn't matter what you get at Christmas, it is about giving love. But the music video is fantastic."

Van Riel enthuses about an animation in the video, by Invercargill outfit Meek and Wild Creations, in which sparks fire from finger tips.

It was the animators who drew the sparks, but it seems likely they came from van Riel first. 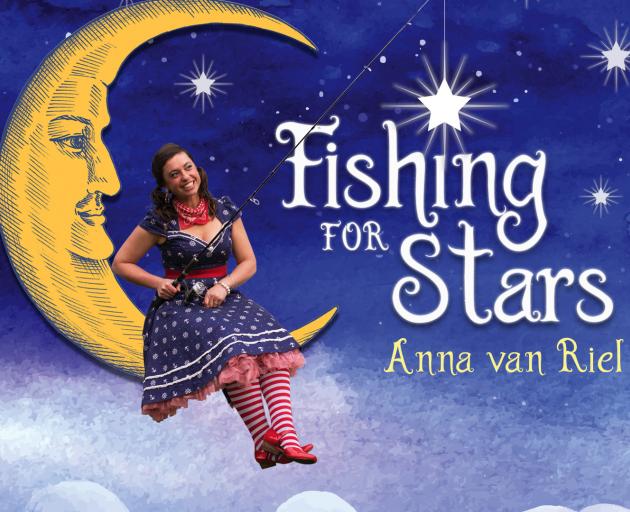 The album is available at Wanaka Health 2000 and online at annavanriel.bandcamp.com