The noughties and the box 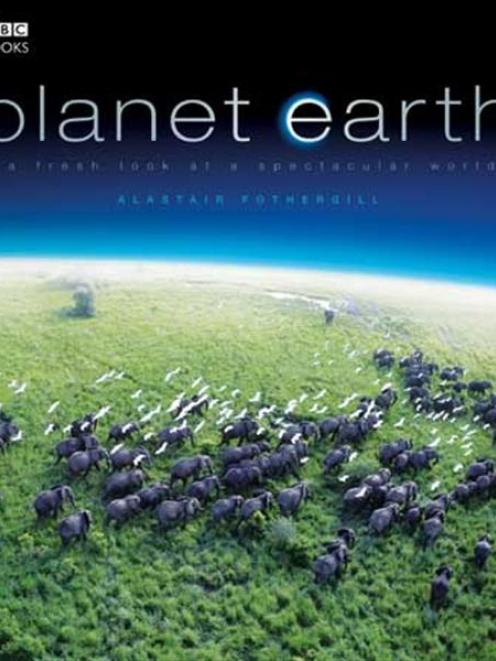 Tom Shales looks at the best and the worst telelvision moments of the decade.

Television itself - the machine, not the medium - changed more in the first decade of the 21st century than it had in the 50-plus years that followed its arrival on the American scene right after World War 2.

Among the most major of changes: on June 12, 2009, after considerable delay, TV went digital in the United States and left its analog past, and millions of now-useless receivers, behind.

When TV changed from black-and-white to colour in the 1950s, the effect was gradual, and because the FCC had mandated that colour TV be backward compatible - capable of receiving black-and-white signals without compromise - no-one had to toss a TV set into the rubbish.

With the change to digital, obsolescence could be theoretically sidestepped by purchasing an analog-to-digital converter box, but the history books, if there are going to be any history books, will probably look back on it as a clean break.

With the digital transition came a new shape for the TV picture, a 16x9 aspect ratio replacing the long-standard 4x3, and the spread of sets that can hang on walls like paintings - or mirrors.

With prices for new high-definition sets eventually brought down to relatively tolerable levels, cutting-edginess became something within the reach of the great middle-class mass of viewers. For all the technological upheaval, however, what viewers now saw digitally and high-definitionally was, for the most part, the same old stuff they'd watched for the previous half-century or so.

To some degree, almost everything new was old again; one of the true blockbuster programming concepts, the Disney Channel's High School Musical 1, 2 and 3, was clearly a throwback to the Judy Garland-Mickey Rooney backyard musicals of the MGM '30s and '40s - with Vanessa Hudgens and Zac Efron the stunningly attractive new Judy and Mickey.

Even if the programme types were basically the same, however, there were new approaches, new attitudes, new contours - even new cliches to be coined.

When TV was good, it was at least the equal of good TV from any other era - and chances were excellent that it was also much, much prettier.

Nothing originated by television could or would approach the impact of a seminal event transmitted while it happened, a nation clinging to the messenger even as the message grew darker and more terrible by the moment.

Television united the nation in sorrow and horror as it had not done since 1963 with the assassination of John F. Kennedy.

Co-produced by the BBC and the Discovery Channel, was the show of the decade, a majestic and unforgettable ecological statement and a testament to the wonders of new technology - science and nature not at odds with each other but allied in ecstatic exploration.

Tina Fey, who went from being the first female head writer of Saturday Night Live to the star and auteur of her own SNL-derived NBC sitcom, 30 Rock, with a detour to play the role she seemed born for, Alaska politician and Republican vice-presidential candidate Sarah Palin.

Though it premiered in 1999, the gangster epic will probably go down in history as the first television masterpiece of the new century.

Producer Mark Burnett persuaded CBS to experiment with a still-fresh form of programming, reality TV, in a breakthrough competitive travelogue shot on tape all over the planet.

With its cast of unknown amateurs, Survivor brought TV into a new age that made formulaic scripted fare an embattled if not endangered species.

American Idol, another best-of-its-kind reality-derived programme, was the biggest hit series since The Cosby Show and the most positive and edifying success in the trash-strewn history of the Fox network.

Once again, the basic concept was represented in TV's earliest years - the "amateur hour," brought over from radio.

Rachel Maddow blossomed forth on the revamped MSNBC and proved that the political left doesn't have to be locked out of TV by the garrulous right.

Barack Obama, a president as ideally suited for the new information age (the one that has supplanted the old information age) as his predecessor, George W. Bush, was ill-equipped.

Also unlike Bush, Obama seemed to thrive under TV lights, and spent more time under them than any president to precede him.

Monk, one of the best-scripted shows in the annals of cable, was a prime example of cable's ability to beat the broadcast networks at some of their own games - in this case, the character-driven, quirky detective show, which the networks had largely abandoned for high-tech, ultra-violent crime "procedurals."

While no movie or miniseries of that title showed up, HBO did offer two different Churchill movies, set in two different time periods and starring two different actors in the lead role, that singly or together re-emphasised the glories of TV historical drama at its best.

One series seemed to embody all the worst traits of reality competition trash and slavish, sleaze-ball pandering - Fear Factor, an abomination from self-destructive NBC that featured supposedly ordinary people risking lives and limbs on idiotic stunts to win a few bucks.

The show got off to a tasteless start when it dared an African-American man who grew up in the inner city to lie in a plastic coffin and be covered with live rats (wisely, he walked off).

On another episode, the loutish host got into a fistfight with one of the contestants.

Whoever first said "the show must go on" would probably retract that statement if he'd seen this show.