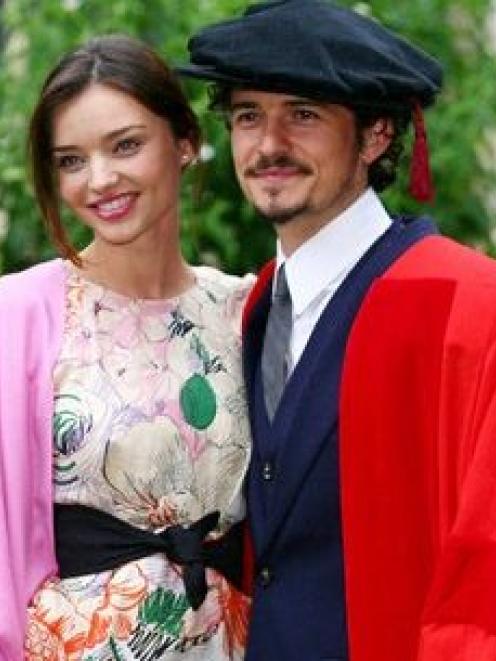 Upscale Australian department store David Jones, which employs the 27-year-old Australian model as a fashion ambassador, said she will not attend a Spring season launch on August 3 because she was honeymooning with the 33-year-old British star of "Lord of the Rings" and "Pirates of the Caribbean."

"Given the exiting news that Miranda and Orlando have recently wed and will be enjoying their honeymoon together, Miranda will not be with us" for the launch, David Jones spokeswoman Colette Garnsey said in a statement.

The statement did not say where or when they had married. David Jones would not be commenting on personal aspects of the announcement, that statement said.

Kerr said she would continue to work for the store.

"I am enormously grateful to David Jones to have been given this time to enjoy such a special moment of my life," Kerr said in the statement.

"I look forward to coming back to Australia in the near future to celebrate with family and friends," she said.

"David Jones very graciously released me during this period so we could celebrate an intimate ceremony and honeymoon together," she added.

They began dating in late 2007 and confirmed their engagement last month.