A ray of televisual hope 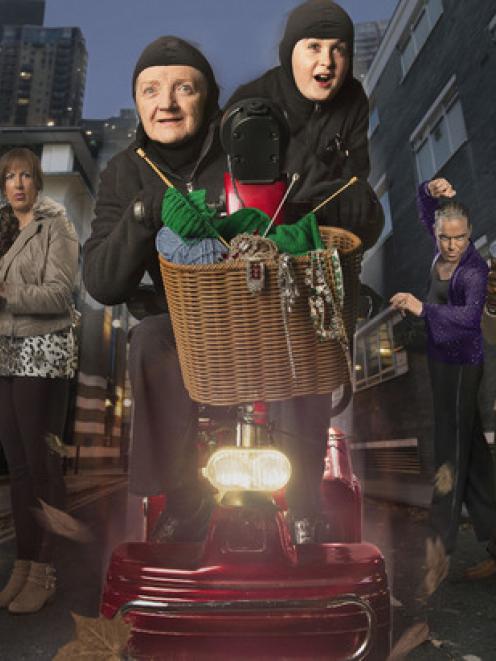 It is December. December is overshadowed by Christmas, a period so hyped among children that most spend their adult years trying to deny the sick feeling of disappointment they feel every Christmas day.

It's not just about being ashamed of your family every time you see them in numbers.

There is something darker going on; the shattering of the illusion that seems to sour most experiences after the age of 8.

Marriage, sex, having children, finding a job; we look forward to all of those things as young people, only to end up sick, disillusioned and often in tears minutes after each of them finally occurs.

Here's something else to look forward to: David Walliams, who still warms the heart for his work in Little Britain, has turned his amusing children's book Gangsta Granny into a television special, and UKTV is running it at 7pm on Christmas Eve.

On Christmas Eve, there is still time; we can hope against hope that this year, somehow, things will be different.

And Gangsta Granny might be just the thing to keep reality in check for its one hour and seven minutes' running time.

She is, in fact, a jewel thief.

Gangsta Granny is directed by Matt Lipsey, who also directed the irredeemably dark Psychoville, a television highlight of the 21st century.

Walliams and Miranda Hart (she has a sitcom called Miranda, but is quite funny in this) are Ben's ghastly parents, who drop him off at his Gran's so they can indulge, sequin spangled, in ballroom dancing.

Worse, they are addicted to Strictly Come Dancing.

Ben's dream is to one day become a plumber, and to that end he has a subscription to Plumbers Weekly, which comes with a free S-bend.

Ben's visits to his Gran's are painful affairs, complete with lashings of hot cabbage soup, which his Gran slurps loudly at the dinner table, followed by a main course of cabbage pie with boiled cabbage on the side.

But Ben soon uncovers her secret double life, gets to hear her incredible story and embarks on a wild adventure involving the Crown jewels.

Gangsta Granny is gently amusing, and also features the very amusing Rob Brydon, as well as Robbie Williams and Joanna Lumley (who was great in The Wolf of Wall Street).