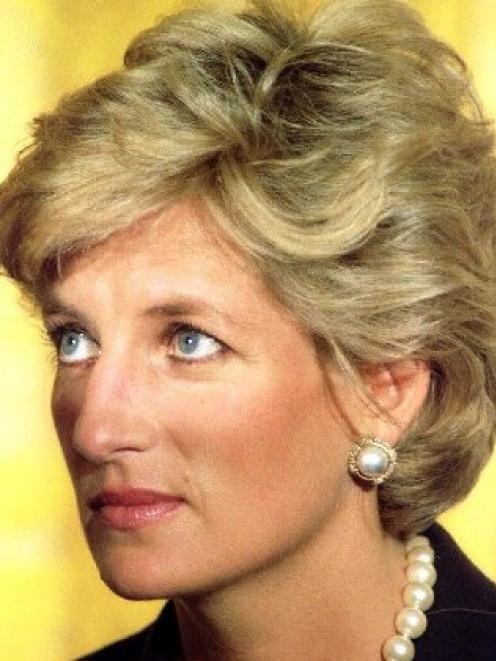 Was it a joint mission by the secret services of the world to stop once and for all the woman who was doing just a little too much work for charity?

Was it a global conspiracy of teachers embittered by Princess Di's failure, twice, to complete her O-levels?

Was it Di's older sister Lady Sarah, who dated Prince Charles for a time, and still held a candle for the posh prince of the realm?

Or, and I know this is a little out there, was it because driver Henri Paul was driving too fast, and had been drinking?

Any of these theories could be the answer, and all probably are, but just to rake over the whole business once again, next Wednesday Sky's History channel is broadcasting Princess Diana's Death: Mystery Solved.

I had the best of intentions while watching a preview of this show, and skipped straight to the end to allow me to tell you, good readers, exactly what the answer was.

But stone the bloody crows, Princess Diana's Death: Mystery Solved is a two-part series, and I haven't seen part two!

That means those of you with a passion for discovering exactly who killed Princes Di will have to watch this week's episode tomorrow at 8.30pm, then watch the second edition on August 31.

I know I won't be sleeping until then.

The show takes us back nigh on 20 years to August 31, 1997, just after midnight, when a "desperate chase takes place'' in the heart of Paris, resulting in the very well discussed crash in the Pont de l'Alma road tunnel.

But, we are told "disturbing questions still remain about that fatal crash''.

An internationally renowned police detective takes another look at the case.

Princess Diana's Death: Mystery Solved turns to Australian detective Colin McLaren, who is seen walking along the street and looking around in a detectivey way.

He also worked on major cases in Australia, going undercover to infiltrate the Australian mafia.

I guess he's the guy who's going to get to the bottom of the whole Princess Di thing if anyone can.

Anyway, Mr McLaren assures us police don't like conspiracy theories, which is comforting.

He has a good, hard look at the mysterious white car that has never been found, and all sorts of other things.

And just maybe, finally, he will help us put the whole mess behind us.

That is my fervent hope.

Brooding over dark goings on