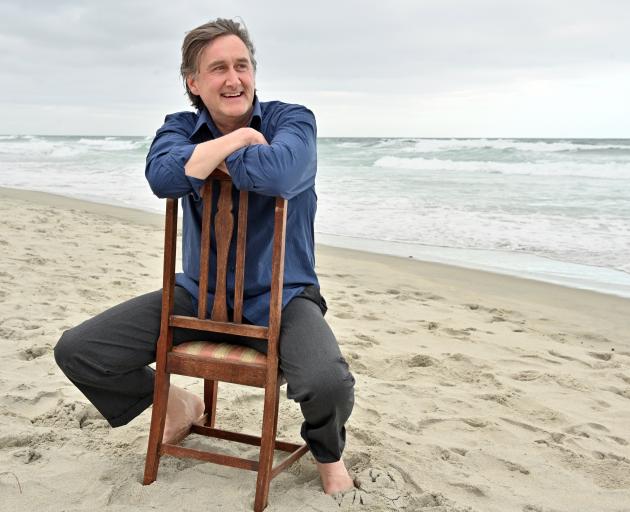 Summer at the beach.

All winter New Zealanders look forward to their annual summer holidays, which often involve setting up camp at the beach, river or lake.

It is this feeling the cast and crew of The End of the Golden Weather hope to invoke. 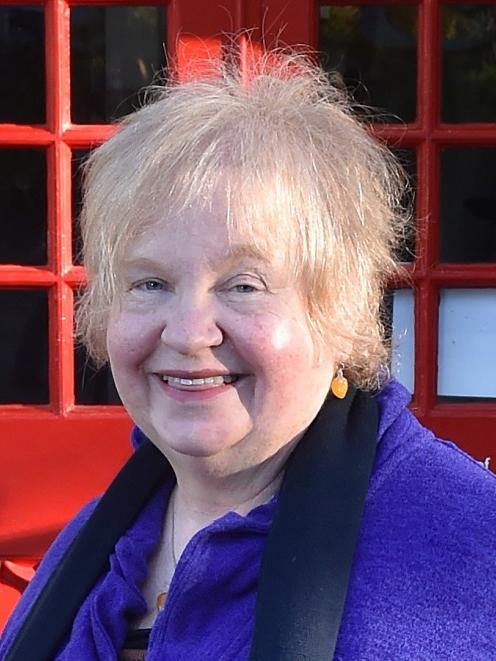 Lisa Warrington. Photo: ODT files
Written by Bruce Mason in the 1960s, the play looks at the joys of a summer Christmas in the 1930s through the eyes of a boy as he takes his first steps into an adult world.

"It is a snapshot of a period of time in New Zealand history," actor Matt Wilson says.

"I’m a sucker for nostalgia and this has such a wonderful feeling of childhood on the beach. That particular time in every child’s life where you start to see things in a more adult way and you get a glimpse of that adult world."

Director Lisa Warrington says there is also that loss of innocence as the child realises what that adult world is like.

"And that is why the play is called The End of the Golden Weather. It’s a pretty gripping story."

They decided to do the play as Mason originally toured it — a one-man play — instead of the more recent adaptations using a multiple cast.

"I chose it because it is a great Kiwi classic. He was such a unique voice back in the early

’60s when he first toured this play, bringing professional theatre with a New Zealand voice when there were very few New Zealand plays being performed."

The play was set in the late 1930s, when Mason would have been growing up. It was during the Depression when people were losing their jobs, they were hungry and desperate.

"They ran up and down Queen St smashing windows as a rebellion. It strikes us every time we do that scene how that could be taken from a snapshot right out of today," Warrington says.

"Look at America right this minute. It’s exactly the same, for the same reasons, so there is no lack of contemporary feeling about it even though it is set in the past."

Wilson says while the character he plays is never given a name, the fictitious beach it is set on is clearly Takapuna Beach.

"It’s a Sunday, a long summer’s day. They live right on the beach. You get to meet people from the neighbourhood."

After the riots, the 12-year-old puts on a Christmas play and concert.

"Then there is a wonderful moment where they have guests over one evening and they do charades, as of course they don’t have telly."

The second half of the play focuses on one specific story about one of the residents, an unusual character who has been institutionalised at some point.

"He’s not dangerous. The boy befriends him. He has huge aspirations of becoming a made man and the boy tries to help him, much to the ridicule of those around him."

Wilson plays the boy, narrating the play in some parts, taking on the role of the boy in others.

"As an actor it’s wonderful to be doing it as a solo piece, as you get to walk along between narrator, who is remembering the boy, and then you slip into the boy character and then into the other characters. It’s great."

He describes this as one of the hardest works he has done.

"I’ve done a lot of theatre in my days and this is by far the most challenging thing. It’s even more of a challenge than Hamlet. In Hamlet I wasn’t on in every scene."

He recorded parts of the script so he could listen to it while on long drives for his day job.

Standing alone on stage with only his chair as a prop — Mason used a table as well but Wilson found he did not need it — he is directly engaging the audience.

"This is about me and the audience."

The extra months gained by the Covid-19 lockdown meant he had more time to learn the script and explore its meanings.

"We’re not tired of it. There is still something new to discover. It’s still holding our interest after a year," Warrington says.

It has also meant they are able to do the play as summer approaches, fitting with the theme of the work.

Wilson, who has worked at the Court Theatre in Christchurch, in London — his last play there was New Zealand play Bright Star - and at Dunedin’s now defunct Fortune Theatre, returned to New Zealand seven years ago.

He returned to Dunedin, where he grew up, when he got a job as a puppeteer for a Natural History New Zealand children’s programme which was broadcast around the world.

His last theatre show was a World War 1 commemoration at the University of Otago.

These days he has a day job and takes opportunities when he can to get back on stage.

"I’m lucky I have a partner who is sympathetic to the demands of not only being in full time employment but doing the play on the side."

They have done a run-through of The End of the Golden Weather in front of a school audience recently.

"It’s been great to get it in front of an audience finally."

They are following Mason’s footsteps, literally, by also performing the play in small community halls and venues around the city.

"We’ve been doing rehearsals in different spaces so we feel comfortable wherever we find ourselves."

Wow! Productions’ Rosella Hart says while the show is fully professional, it was originally going to be a "full-price run" in a central venue.

But given the impact of Covid-19 the company looked at ways it could offer the production free or for koha.

It secured funding from Creative New Zealand and Otago Community Trust to make it happen.

"Everyone behind the scenes has worked to make the show accessible to as many people as possible during what has been, for so many, a difficult time.

"It’s really a one-off for Wow! to be able to provide high quality professional theatre free or for koha and at a time when globally there is so little professional work being produced."

The End of the Golden Weather
At multiple venues throughout Dunedin,
November 5-15, at 7pm;
Grainstore Gallery, Oamaru,  November 13.
Comment now