Good fun that is funny 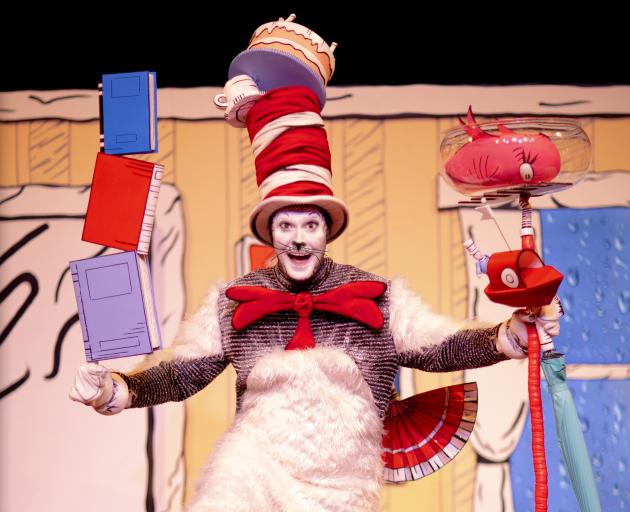 Nick Wilkinson in The Cat in the Hat. Photos: Supplied
Dr Seuss’ classic children’s tale The Cat in The Hat has been transformed into a travelling stage show. Rebecca Fox talks to The Cat, aka Nick Wilkinson.

Standing on a ball, on one leg, while balancing a cup without collapsing in a heap has been a challenge for Nick Wilkinson.

''I no longer fall off, but it's taken a long time to get to that - it's one of the hardest things I've had to work on to get just right.''

Wilkinson is enjoying every moment of the production, which is touring New Zealand during the school holidays.

''I get to be a big kid, to create this larger than life character,'' said the Hamilton actor and director who specialises in musicals.

''Children's theatre has interested me. I've got nieces and nephews and this is something they'll be able to come to - they've been too young to see my other stuff.

Wilkinson got involved after a friend introduced him to the producers of Showcase Entertainment.

The company, more known for touring bands, had decided to dip its toes into children's productions as the producers had young children but did not know many people in the theatre scene.

They had the script - it was first adapted for the stage in 2009 by the National Theatre of Britain - but needed help to make it become a reality.

''That was eight months ago - the rest is history.'' 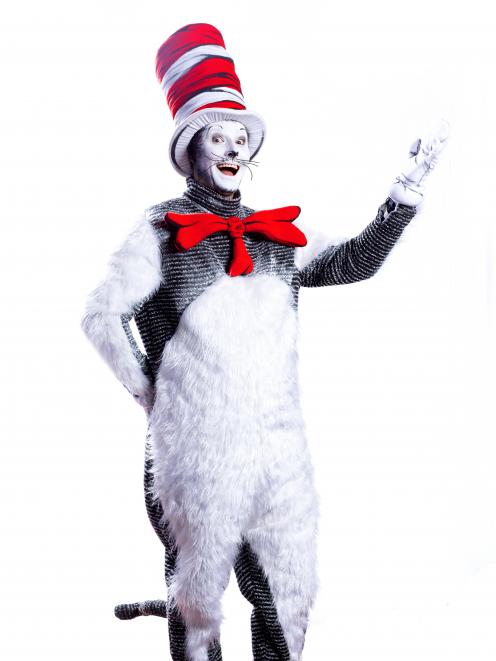 Nick Wilkinson relishes his role as Cat in The Cat in The Hat.
The stage production closely follows the book - of one crazy cat wearing a striped hat appearing to two bored kids on a rainy day.

''It's essentially word for word from the book. It's quite descriptive.''

They have been hard at work creating props that look like the book's illustrations to bring Dr Seuss' imaginative world come to life.

That included the furry cat suit Wilkinson gets to wear, complete with ''fat suit'' underneath to give him The Cat's cartoon figure.

It takes about an hour to be made up as The Cat and zip himself into the suit which was ''very warm''.

''Wearing it for two to three shows a day I'll be getting out of it as soon as I can in between.''

There are five other characters on stage: Boy, Sally, Fish and Things 1 and 2.

He describes his character as ''mischievous and carefree'' - the complete opposite to Fish.

''They have a clash of opinions. He thinks it's a rainy day so they should just suck it up and deal with it.''

Growing up, Wilkinson said he was more a Green Eggs and Ham fan.

''It's weird to be playing such an iconic character that is so instantly recognisable.

''Even my parents grew up with The Cat in The Hat. So you feel responsible to be as true to the character as possible.''

He admits the production has added a ''few extra crazy things'' and a few things ''just for parents'' as well.

Their first run of the show in front of an audience had gone well with both children and parents.

''They were quite engaged, too. It was awesome to see.''

The cast and crew are determined to make the show the best they can and not slip into thinking it's was a ''kids show so it does not need to be perfect''.

To see
Dr Seuss’ The Cat in the Hat, Regent Theatre, Dunedin, 10am and 12.30pm Saturday; Oamaru Opera House, 10am today.