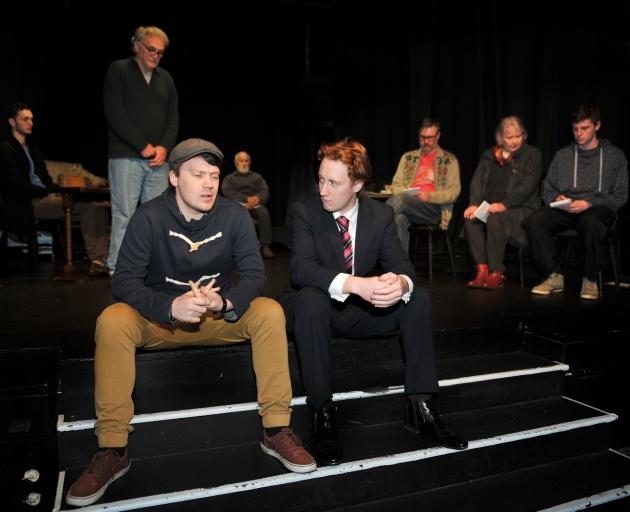 As a director of a courtroom drama about Chicago's 1920s ''crime of the century'' getting advice from one of the country's top Queen's Counsels is invaluable. 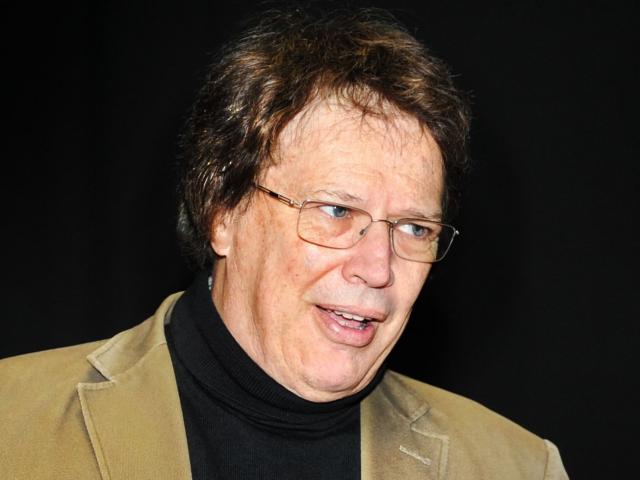 ''They were subjected to advance litigation skills and survived.

Never the Sinner, by Chicago playwright and screenwriter John Logan (of Gladiator, The Last Samurai, The Aviator, Sweeney Todd, Skyfall, Spectre fame), centres around the seemingly random bashing of a young boy by two rich and highly intelligent young men in 1924.

Their trial dominated headlines and society condemned the boys but a compassionate defence lawyer fights for their rights saying ''we should condemn the sin but never the sinner''.

The play was first staged in 1990 and then hit off-Broadway in 1998, receiving rave reviews.

Ablett-Kerr, who has been directing since 1991, chose the play primarily because he likes to tell a story, and Never the Sinner is a powerful human story that asks many questions for which there are no easy answers.

He also has a maxim when selecting plays that they must make people laugh, cry and think.

''I do like plays that don't necessarily deliver the full story, that allow the audience to take out of it what they will.

''This is a good yarn on that level, but there is an awful lot more to it.''

While the play is set in the 1920s, he believes it is still relevant today in a society that judges situations quickly and with limited information.

The part of lawyer Clarence Darrow is played by Joseph Cecchi, who attempts to defend the ''indefensible'' - the boys Nathan Leopold (played by Dylan Shield) and Richard Loeb (Damon Lillis) - at a time when they faced capital punishment if convicted.

''It is about explaining the activities, not justifying the act. Hence the title of the play is from Darrow's line in the play, ''we should condemn the sin but never the sinner.''

''Maybe our functioning as a society would benefit from a greater acceptance of those hard to understand.

The play has a very simple composite set that transitions

from courtroom to the home of one

of the boys with a cinematic progress which is sometimes difficult to reproduce on stage, he said.

It is this side of the production which shows writer Logan's screenwriting bent.

''The staging is difficult at times. It is a challenge to get the audience to make those transitions.''

As the play is set in the 1920s, the background to it all is the jazz age, flappers and the birth of the movie celebrity.

''It is a very colourful era to have as a backdrop.''

Given seven of the nine characters in the play are males, finding the required talent was a worry.

Seasoned local actors have been cast with talented Invercargill newcomer Travis Oudhoff, who is in his first year at the University of Otago, playing Reporter 3 and Dr Bowman.

Cecchi and Paul Metreyeon (Reporter 1 and Sgt Gortland) are both American and have been able to help out with accents.

''They've been invaluable. Sometimes I think it's better to do without the accents. But adopting accents is sometimes very infectious.''

Ablett-Kerr, who was last year nominated for a Dunedin Theatre Award for directing The Cripple of Inishmaan, enjoys the directing process as he has a hand in developing the bigger picture more than he ever did as an actor.

''Seeing what develops from an individual, what they bring to a project is unique.

''I say to actors nobody knows the role the way they know the role and no-one else will ever do it your way.''

Being able to pull a group together cohesively in a short time is a welcome challenge, he said.

''I enjoy the rehearsal period enormously. It is great fun. So creative and you get to be creative with other people. See people use their own intelligence and talents to produce ...''