The lure of Shakespeare and the challenge of performing outdoors have attracted a group of actors for the first season of Dunedin Summer Shakespeare in many years. Rebecca Fox talks to Romeo and Juliet, aka Nick Tipa and Emily McKenzie.

Having trucks rumbling by, children playing and the wind wooshing through trees are not the usual background noises actors have to deal with.

But with Dunedin Summer Shakespeare’s production being held in the public park Woodhaugh Gardens, which has State Highway 1 as a boundary, it is very real. 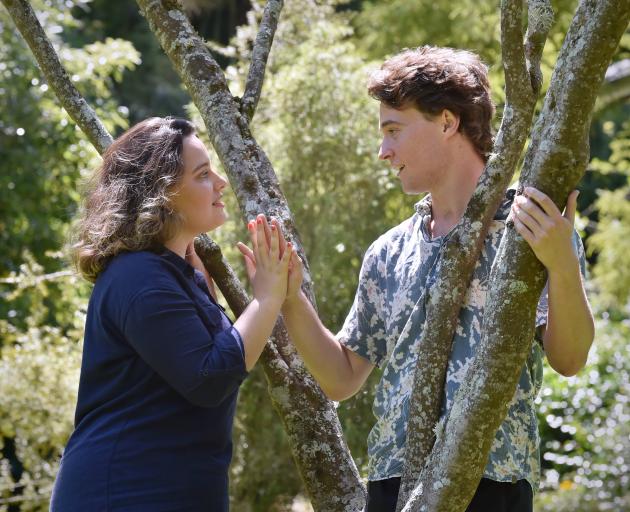 So while the actors have the usual challenges of a Shakespeare production — getting their heads and tongues around his language — they are also learning how to project their voices over the background noises that come with performing outdoors.

Director Kim Morgan has selected a site in the garden that is as far from the noises of children playing and traffic as she can, but cannot control the weather — the show goes on if it rains — or the unexpected.

‘‘It’s quite a large space and it’s a 100-minute production with no intervals, so it’s a marathon for the actors.

‘‘There is nothing to bounce sound off — it’s a live environment.’’

Morgan, who has a PhD in theatre (Shakespeare and directing) from the University of Colorado, trained with Colorado Shakespeare Festival and Shakespeare & Co, where she performed in an outdoor stone amphitheatre.

‘‘We had a raccoon running around, the sprinklers going off, a dog wander up and a noisy road. It’s a lively atmosphere, challenging but amazingly rewarding.’’ 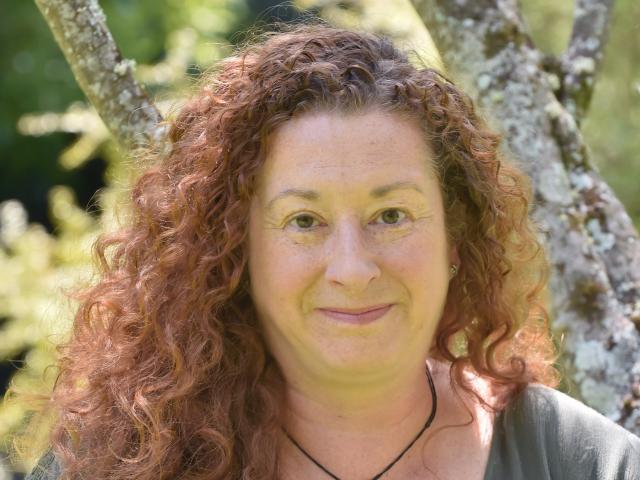 Voice training has been provided for the actors, as has medical advice on how to look their vocal cords so they do not strain or damage them.

For Nick Tipa, who plays Romeo, it is a challenge he is looking forward to.

The University of Otago theatre studies graduate has most recently been studying in Melbourne at the 16th Street Acting Studio.

He had never been much of a Shakespeare fan until he had a teacher who ‘‘cut to the core’’ of Shakespeare’s characters, bringing them to life in a way he could relate to.

‘‘So I read a lot more of his plays and then found out about Summer Shakespeare so put my hat in the ring.’’

The resources available to tackle the challenges of the performances — vocally, in movement and in the text — have really made a difference, he says.

‘‘It’s a massive privilege to have these tools available. It’s been really enjoyable and rewarding.’’

Emily McKenzie, who plays Juliet, studied at 16th Street a few years ago and is back from a stint in New York at Atlantic Theatre School.

‘‘It was amazing, inspirational.’’

Back home, she is living in Wellington and studying psychology and media studies with some screen work on the side.

‘‘It’s an amazing challenge to get back into theatre. I started there as a kid but moved away from it, so it’s exciting and challenging — Shakespeare is a beast, wrapping your tongue around the text and the character.’’

Since Romeo and Juliet has been done on both screen and stage so many times and in many different ways, she has enjoyed ‘‘finding my Juliet’’.

Having never performed outdoors before, she is figuring out what she needs to do to make it work.

‘‘It’ll be a different atmosphere.’’

Morgan says the audience will be sitting on blankets and deck chairs while the actors move among them and through the trees and bushes around them.

‘‘The entire set is one bench, Juliet’s bench, which will help in the balcony scene — there is no requirement for height in the play. Otherwise, the natural environment is the set.’’

So it is ‘‘pared down’’ and the costuming is modern, with the hope it will really connect with people.

‘‘Shakespeare is well known and we have a responsibility to the text but we are not being slavish to it.

‘‘Coming isn’t cultural penance, it’s bringing Shakespeare to the people as he intended.’’