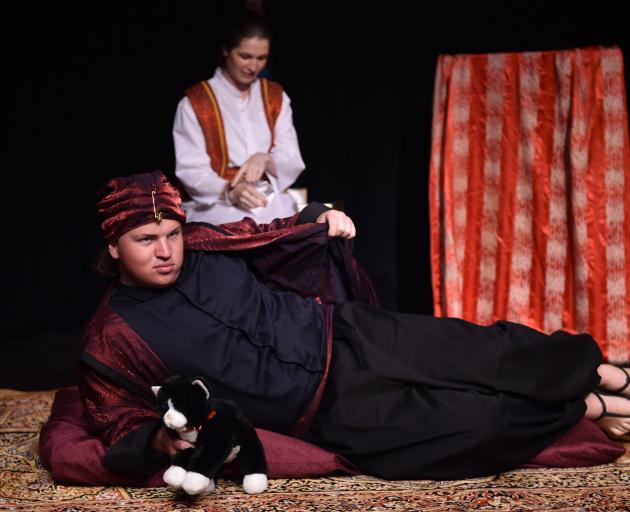 Tomuri Spicer as Abanazar, Patricia Pantleon as Aladdin rehearse for the pantomime.PHOTOS: GREGOR RICHARDSON
Dunedin’s Globe Theatre wants to bring  some happiness to 2020 with a true pantomime complete with music, humour and slapstick, so it has brought in English composer Richard Lamming to create the tunes. Rebecca Fox talks to him about the popular British Christmas theatre tradition.

Christmas is not Christmas for an English child without going to a pantomime, Richard Lamming says.

Yet they could be faced with that this Christmas, thanks to Covid-19.

So for Lamming, whose business is based on writing songs for pantomimes and musicals, being able to write for productions in New Zealand and the United Arab Emirates is keeping his spirits up.

In the United Kingdom, pantomime is usually a child’s first experience of theatre and the shows are put on by professional and amateur theatres everywhere at Christmas and Easter. 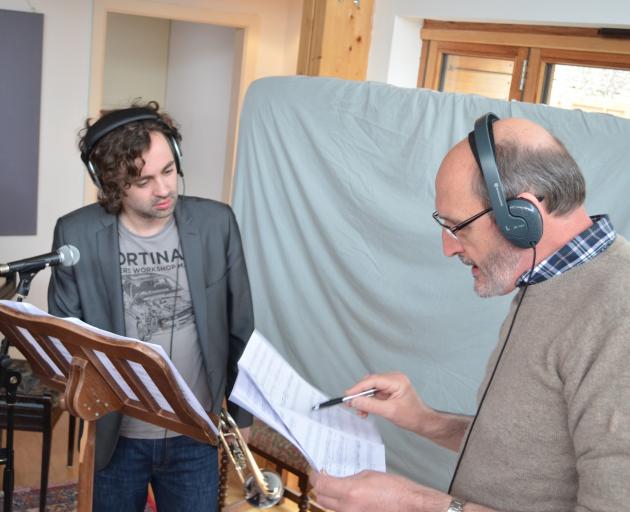 English composer Richard Lamming works on a score with a fellow musician from his home studio in the United Kingdom. PHOTO: SUPPLIED

"Many medium-sized professional provincial theatres rely on the income from their annual pantomime to subsidise the rest of the year’s productions."

It is a tradition that has its roots back in 16th-century Italy when travelling entertainers acted out a standard set of characters with a mix of the absurd, the soppy, the mischievous and a good versus evil storyline in which good always wins out. 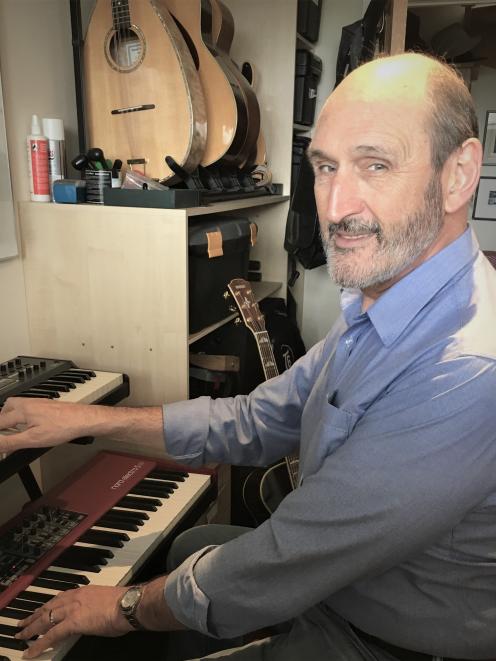 English composer Richard Lamming: "Boo and hiss as loudly as possible, on the first appearance of the baddy — don’t worry about who is watching — and remember to shout responses, too: ‘Oh, no it isn’t!’, ‘He’s behind you!’ and so on."

"What makes them special is that they are a living, 500-year-old tradition."

What sets them apart from general theatre is how they break the "fourth wall", with actors directly addressing the audience.

"This is essential in pantomime. The gender-bending was always there too — female actors as “principal boys” and males as pantomime "dames".

When the Globe decided produce the pantomime Aladdin, by Ben Crocker, this year, director David Thomson wanted to make it special and true to the form by including pantomime music.

With royalties being too expensive for the Disney songs, Thomson searched for an alternative, coming across Lamming’s website and asked if he would be prepared to do the music for the production.

Lamming was more than happy to do it, because he had the time.

"I was delighted. I had four shows to write this year, none of which went ahead. So, business-wise, 2020 has been a write-off."

He was also impressed with Thomson’s approach.

"He agrees with me about ‘songs for characters’ and all the songs in the show are ours. We worked together — 11 hours apart [now 13!] to create, develop and modify the songs to suit the cast and the show, and I believe he will make a great job of it. I am looking forward to seeing the video." 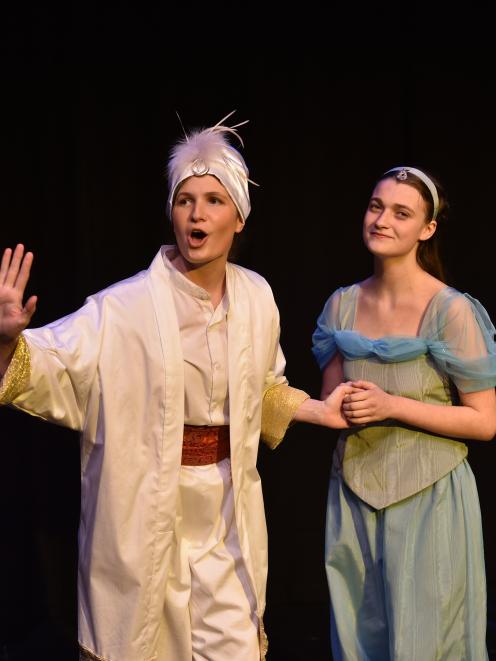 The pair had been working together via Zoom and email.

"I would send drafts through in the evening and pick up his responses in the morning."

Thomson said Lamming’s work had been a "life-saver" in making the Dunedin production more lively and fun, but warned audiences not to expect Disney Aladdin songs because these were original compositions.

Lamming said watching a film did not compare to going to the theatre, even when a child sang along to the songs on the television.

"It is a different emotion from singing along with a real, live panto heroine on stage."

Lamming, who grew up playing piano and guitar with a little trombone and trumpet along the way, likes nothing more than creating compositions for theatre, having written music all his life.

" I enjoy performing, but it is actually the writing that really gets me excited."

His love for pantomime was based in its irreverence and that it did not take itself too seriously.

It was an opportunity for innovative ideas, parody, satire and "acceptable" naughtiness, he said.

"As with any good art form, it can be enjoyed on different levels. One of the key ones in panto is the humour directed at children and that directed at their parents."

His company — Pantomime Songs Limited — has two other composers who have written scores for 17 shows, which had been performed in a variety of countries, over the past five years, not all of them pantomimes.

"It is great fun and very, very time consuming. A full-show set of backing tracks may have 20 instruments (including percussion) plus sound effects; they all need scoring."

With shows cancelled due to Covid, he had been busy writing material and also tidying up one of his own shows.

"Like The Order of Love, which we premiered in 2019. If the musical theatre ever comes back, we shall be touting it around the producers next year."

One of his expatriate British clients in the UAE was putting on a one-man magic show this Christmas, for which Lamming had written the score.

"It is on the QE2, in Dubai harbour, which should be fun. Sadly, I cannot go."

In Dunedin, he recommended people go to Aladdin with an open mind and, if possible, take a child with them as "they’ll be able to explain the jokes".

"Boo and hiss as loudly as possible, on the first appearance of the baddy — don’t worry about who is watching — and remember to shout responses, too: ‘Oh, no it isn’t!’, ‘He’s behind you!’ and so on.

"You will be bringing a 500-year-old tradition to New Zealand."

Lamming recommended watching children’s faces as they were drawn into the show.

"It is one of the most wonderful sights you will ever see."