Puppeteers (from left) Edwin Beats, Ryan Dulieu, Cally Castell and Katie Burson in Room on the Broom. Photos: Hedrum Lohr
Ryan Dulieu will get to perform in front of his Southern-based extended family for the first time when Room on the Broom hits town. He talks to Rebecca Fox.

The shows already have an established fan base because of the Julia Donaldson books. 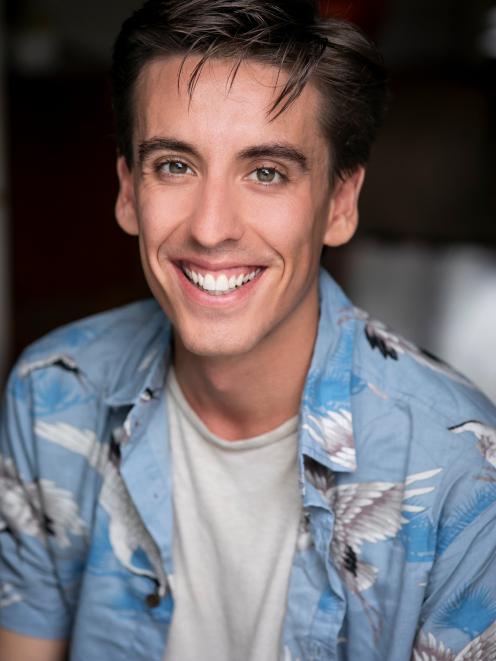 Ryan Dulieu
While the production endeavours to replicate the pages of the book in its sets, it cannot quite do it to the same extent with the animals.

''Given the age bracket, the visual memory has been laid from reading the book, so you want it to be like that.''

He believes the shows fire up the imagination that the books inspire.

''They're so much fun. It's a full one-hour show, but the book is 10 pages, so we expand on it. The books create a giant world of wonderful characters.''

To keep the experience real for the children, audience interaction is needed and the characters feed off the audience.

''It's a journey we go on together. The energy and the truth they demand - children are fantastic lie detectors, they call it out. It is a wonderful litmus test for actors holding a children's audience.''

That means convincing the audience - and even himself - that he is a dog. 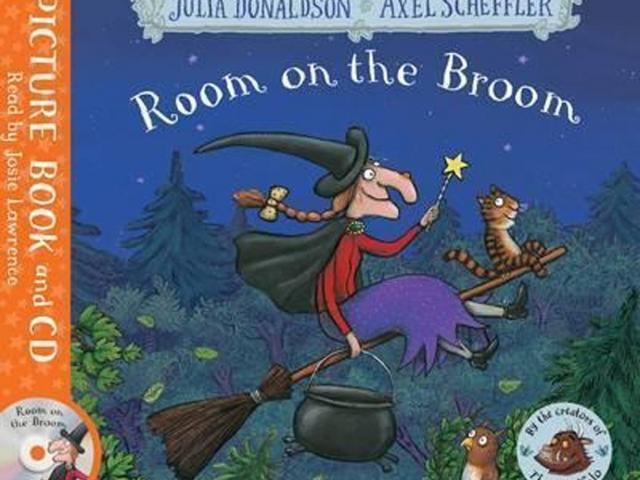 ''Every puppet is unique, although the mechanics are similar. They have their own quirks. You have to bring them to life, convey their stories and different emotions. It's a learning curve.''

He has travelled all over the world with the company, starting out with its production of The 13-Storey Treehouse, which toured the North Island, Australia and 24 states in America. Next up is Singapore.

''I loved it. It was an incredible way to see any country. It was wonderful to see parts that I'd never think to visit or know where to visit.

''There is a great deal of hidden beauty off the beaten track.''

Dulieu is not long back from from a tour of Australia with Room on the Broom.

It is all pretty exciting stuff for Dulieu, who has extended family in Bluff and Invercargill and spent many of his summers in Central Otago. 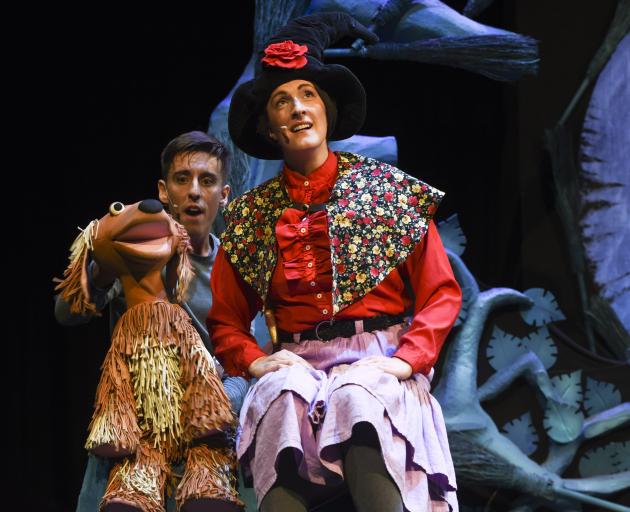 Ryan Dulieu and Cally Castell in Room on the Broom.
''It's quite exciting for me as I've never had the pleasure of performing to family [down here].''

A special moment for him will be performing at the Civic Theatre in Invercargill where his mother performed ballet as a girl.

He grew up in Auckland and it was at intermediate that he discovered acting and at high school got into Shakespeare in the Park performances.

When he left school, he got an agent and began working but did not do any formal training except for The Actors Programme in 2013.

''I've been cracking away at it ever since.''

Then Dulieu got an audition for The 13-Storey Treehouse, by Richard Tulloch and based on the book by Andy Griffiths and Terry Denton, and has not looked back.