When Dunedin woman Laura Wells first read Dear Boobs, a collection of 100 letters and images from breast cancer survivors from around the world, she knew it would translate to the stage.

‘‘Using the book to write the stage play and get it out that way means there is a whole other cohort of people in the Dunedin community and beyond who would never have necessarily come across it otherwise,’’ said Wells, who is a trustee of the Suitcase Theatre Company.

‘‘What we are trying to do is continue the mission that Dear Boobs began and play our part in helping them achieve what they want to achieve.’’

The 2018 book compiled by breast cancer survivor Emily Searle came about after she wrote a letter to her breasts before undergoing mastectomy surgery. 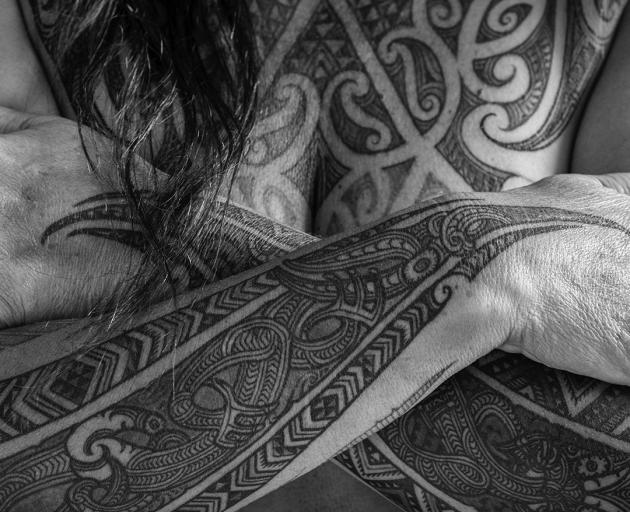 Image from the book Dear Boobs. Photo: Supplied
She then shared the idea on social media and letters flooded in from women from all walks of life who have undergone surgery due to breast cancer.

One of the letters came from Dunedin woman Lesley Eaton.

Eaton, who works with Wells at Dunedin’s Mercy Hospital, shared a copy of the book with her.

‘‘As soon as I opened the book I knew this is the type of thing that would very easily be transformed and put on to stage. It really spoke to me,’’ Wells said.

So she contacted Searle and asked what she thought of the idea.

‘‘I thought there was no harm in asking, but she was really excited by the idea and wanted to know how she could get this to work.’’

Suitcase Theatre then set about adapting the stories into a stage play. They decided to have seven core performers telling the stories but only six will be on stage as one of the actors died last year.

‘‘It was pretty devastating for us. There are a couple of things in the show that nod at her still being with us spiritually and we like to think the audience will think it is about someone they know and love as well.’’

Each of the actors represent a different walk of life.

‘‘They all get up and speak, move around. It is kind of in the style of the Vagina Monologues. They have put their own inflections on the piece [but] they are still essentially sharing a story. We wanted to tell these stories with sincerity and authenticity.’’

When Eaton heard what Wells was planning she was very excited as she saw it as a way of raising awareness that breast cancer is not just something that affects older women.

‘‘I thought it was a really good way to get the word out.’’

auditioned for a role in Wells’ play, even though she has no stage experience.

‘‘I think every child wants to be an actor.’’

She got the part of Searle and is the first person on the stage.

‘‘I know all my lines, but every now and again they drop right out of my head. I’ve found that challenging. We talk about chemo brain, like mummy brain staying with you.’’

Eaton has found some rehearsals to be emotional, especially when she relates to what is being said.

‘‘That’s a bit tricky but the other ladies are amazing. They’re really nailing it, doing amazing justice to the letters.’’

It is Wells’ first time directing and, although she has been terrified, she has been at pains to make a connection with the audience.

‘‘In one rehearsal, we tried something and there was this undeniable emotional shift and almost everyone burst into tears.’’

A lot of the stories talk about the reaction of friends, family and spouses to a diagnosis and reflects on the experiences so the stories would speak to as many people as possible.

While some people may perceive the topic as ‘‘too sad’’, Wells says the play has ‘‘a bit of everything’’. Comments made in the letters give a unique insight into the women’s experiences: ‘‘I’d give almost anything to have you, my old boobs, back — except my life’’ or ‘‘The scars, tattoos and swelling remind me you aren’t quite who you used to be.’’

‘‘With the pieces that are quite confronting, we’ve tried to soften the messages in a way by incorporating live music and movement pieces and some surprises,’’ Wells says. ‘‘It brings different emotions and energies from different mediums. It’s really magical stuff.’’