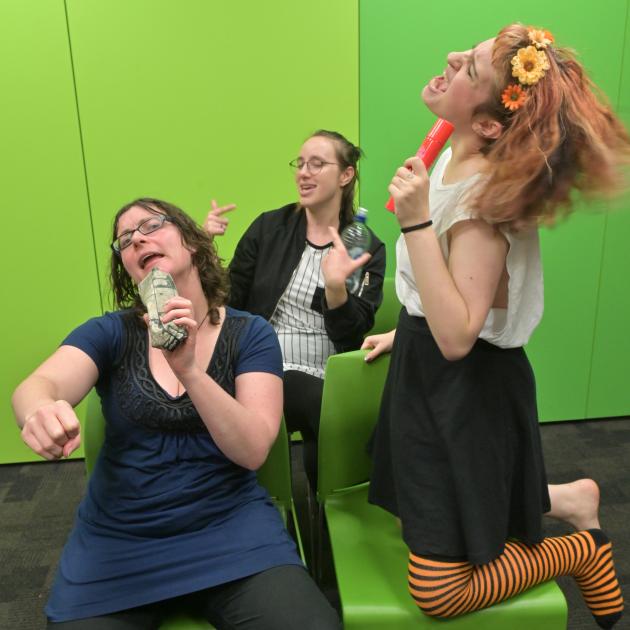 Playing sisters in Wings are (from left) Kimberley Buchan, as Quinn, Kat Poharama, as Mo, and Thirza Violet Brizzell, as Bambi. PHOTO: LINDA ROBERTSON
Giving diverse voices a platform is one of the goals of Dunedin theatre company Little Scorpion Productions. For its next work it has chosen to highlight women’s voices, those involved tell Rebecca Fox.

With 16 years between the writing of two plays which put New Zealand women at the forefront, what differences or similarities will it highlight?

Little Scorpion Productions' Kerry Lane says that is what the company wanted to show by staging Women Like Us by Helen Varley Jamieson written in 1993 alongside Wings by Jess Sayer, a leading New Zealand contemporary playwright, written in 2009.

However, both plays, while telling women's stories, have family at their heart.

Women Like Us was commissioned by the Suffrage Centenary Trust in 1993, to celebrate the history of women in New Zealand politics. It was first performed at the Globe Theatre, Dunedin, in 1993.

"It's really cool we are bringing it back 26 years on. How far we've come and where we are going are kind of questions being asked.'' 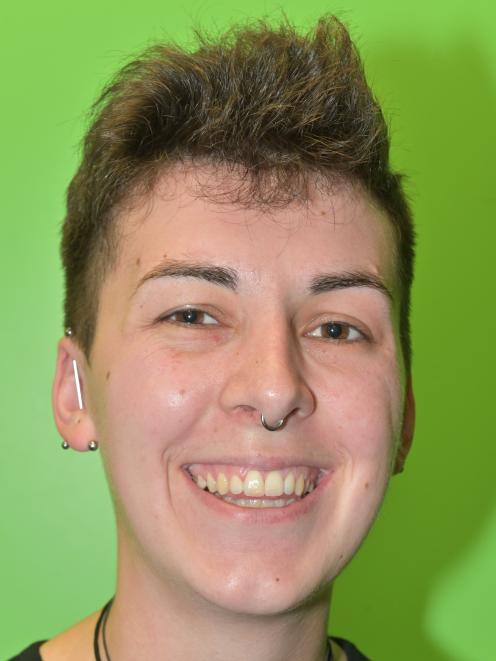 Kerry Lane
It tells the story of New Zealand's first woman member of Parliament, Elizabeth McCombs, alongside the story of a fictitious contemporary woman politician and interwoven with cameos of several other historical figures.

"It can jump 50 years in a few lines. The Labour-National divide is implicit but it's just as much about their approach to family.''

In comparison, Wings is a "dark'' sibling-relationship, road-trip play where a trio of sisters, separated for the past decade, take to the road together heading to their mother's funeral.

Thirza Violet Brizzell, a tattoo apprentice who has acted since she was very young, is performing in both plays alongside Kimberley Buchan, a teacher, and Kat Poharama, a theatre studies student.

Playing Bambi, the middle sister in Wings, and multiple characters in Women Like Us keeps her on her toes, she says.

"I get to play a lot of men, which is really fun. I enjoy being the butt of a lot of jokes and the contrast with the strong women figures in the play.''

Transitioning between the characters was proving to be a challenge, but also "rewarding and empowering in a lot of ways being able to be these crap men in this world of strong women''. 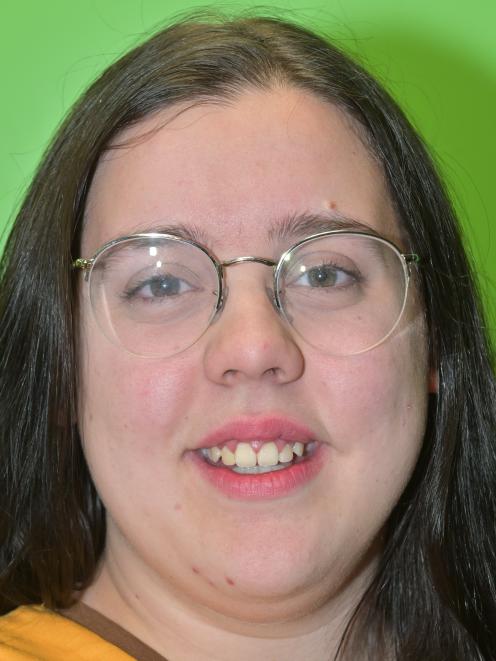 Beth Waite
The contrast between the two plays is quite stark, with Wings ending quite dark and intense, and Women Like Us being more whimsical and light.

Beth Waite, who is directing Women Like Us, is taking on the role for the first time.

"I couldn't have asked for a better cast. It's scary but rewarding and fun.''

She has completed her master's degreee in theatre studies at the University of Otago and has been involved in all aspects of theatre, especially musical theatre, throughout that time.

Women Like Us is a jaunt through female representation in politics and what it looked like being a female MP in the 1980s and how they approached leadership.

"To look at this MP from the '80s and the audience knows what it's like now. It's kind of great the numbers in the play are technically wrong. We've had more than 30 females by this stage. 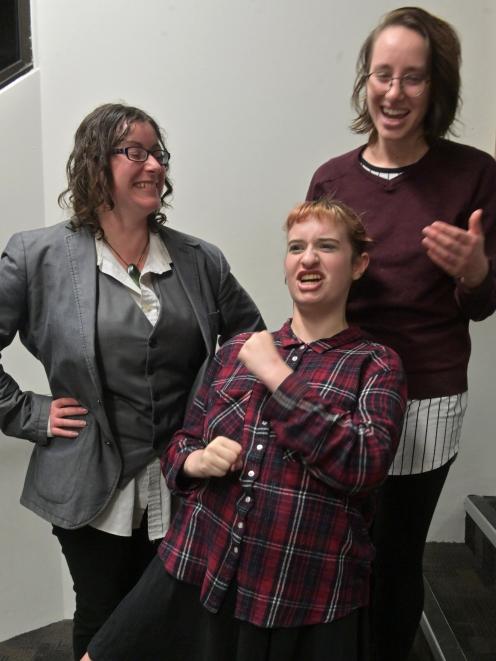 Rehearsing for Women Like Us are (from left) Kimberley Buchan, Thirza Violet Brizzell and Kat Poharama. PHOTO: LINDA ROBERTSON
Lane, who studied genetics and psychology at university and recently finished a teaching diploma, is directing Wings and at first had no idea how she would approach the work, but soon found her feet.

She sees the work as crossing over to teaching, as the company wants to provide artistic development for young people. It employed a high school intern for the production.

It has been a collaborative process for both directors, as not only do they share actors, but the set as well.

So they have chosen to use props to differentiate between the two plays. 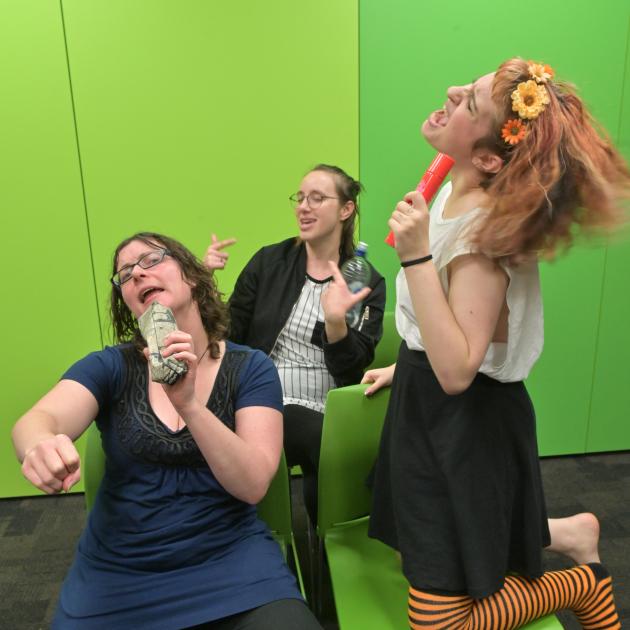