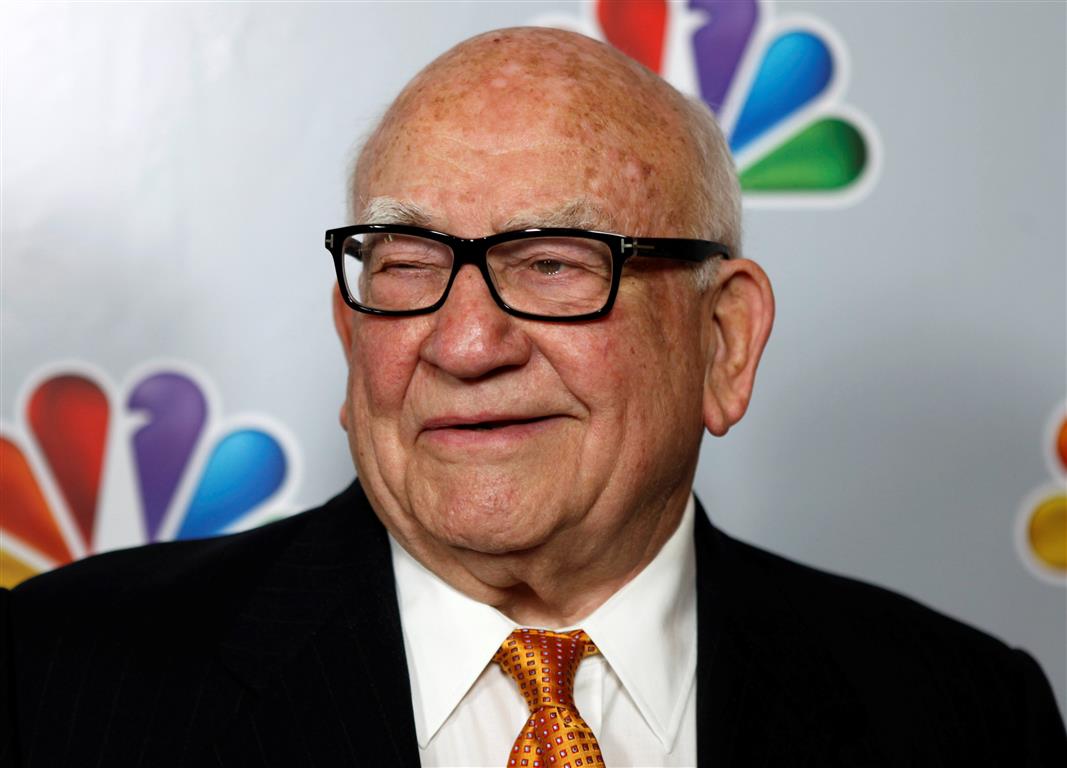 Ed Asner. Photo: Reuters
Ed Asner, who played a gruff newsman for laughs and for drama in the classic TV series "The Mary Tyler Moore Show" and its spinoff "Lou Grant" in the 1970s and 1980s and was honoured with seven Emmy Awards, died on Sunday at age 91, his family said.

Asner, whose diverse credits also included a key voice role in the acclaimed 2009 animated film "Up," died at his home surrounded by his family, his publicist told media outlets.

His family confirmed the death on the actor's Twitter feed, writing, "We are sorry to say that our beloved patriarch passed away this morning peacefully."

"Words cannot express the sadness we feel. With a kiss on your head- Goodnight dad. We love you," his family said.

Asner was known for his liberal politics and his stint as Screen Actors Guild president in the 1980s when he criticized U.S. involvement in Central America during the administration of a previous head of the actors' union, President Ronald Reagan. In a career of remarkable longevity, Asner acted into his 90s.

Asner was integral to the success of the situation comedy "Mary Tyler Moore," which ran on CBS from 1970 to 1977 and boasted one of the best assemblages of actors and writers in U.S. TV history.

Moore starred as Mary Richards, an associate producer for a local TV news operation in Minneapolis. The short, barrel-shaped Asner played her brusque and irascible boss, Lou Grant. In the first episode, Moore's character interviews for a job with Asner's Grant but objects to prying questions about her religion and marital status.

"You know what, you've got spunk," Asner tells Moore, who mistakenly takes it as a compliment. "Well, yes," she replies. "I hate spunk," snaps Asner, who hires her anyway.

Asner was not known as a comic actor before landing the "Mary Tyler Moore" role but demonstrated deft comic timing in working with a cast that included Ted Knight, Betty White, Valerie Harper, Gavin MacLeod and Cloris Leachman.

"I didn't really put my toe into the water of comedy until I went up to read for 'Mary Tyler Moore.' I was afraid of it," Asner said in a 1995 Montreal radio interview. "Not that I couldn't do an initial spark of humor but I didn't know how to maintain it."

The series ran for seven years and won the Emmy for outstanding comedy series three straight years starting in 1975. Asner won three Emmys for his work on the show.

"Mary Tyler Moore" spawned a number of spinoff series. After the show ended, Asner brought his Lou Grant character to a series of his own. Whereas "Mary Tyler Moore" was a fun sitcom, the new show, "Lou Grant," was a drama with Asner's character relocated to Los Angeles to become city editor of a daily newspaper.

The series ran from 1977 to 1982 as Asner became the first actor to win an Emmy - two of them, in fact - playing the same character in both a comedy and a drama. Asner asserted that "Lou Grant" was canceled by CBS due to his outspoken political views, not due to ratings.

"I have no proof. But most insiders seem to think that the show would not have been cancelled had it not been for the controversy that arose over my stand on El Salvador," Asner said in an interview for the Archive of American Television.

As head of the actors' union from 1981 to 1985, Asner also clashed with conservative actor Charlton Heston.

Asner also won Emmys for his work in two miniseries - "Roots" in 1977 and "Rich Man, Poor Man" in 1976 - and his total of seven was more than any other male actor. He was nominated for an Emmy 20 times.

Later in his career, Asner became a successful voice actor for animated TV shows and films and played Santa Claus in several projects, including the 2003 Will Ferrell comedy "Elf."

In the sentimental 2009 animated film "Up," Asner provided the voice for the main character, 78-year-old Carl Fredricksen, who after the death of his beloved wife ties balloons to his house and floats off to fulfill his fantasy of exploring South America, only to find he has a youthful stowaway. The movie won an Oscar for best animated film and a nomination for best picture.

Asner remained a busy actor into his 90s with appearances in such series as "Dead to Me" and "Cobra Kai."

Asner, born in 1929, became a regular on television and later the movies starting in the 1950s. Before their series began, he acted alongside Moore in the Elvis Presley movie "Change of Habit" (1969). Asner also appeared in the film "They Call Me Mister Tibbs!" (1970) with Sidney Poitier.

Asner also was instrumental in the 2017 creation of the Ed Asner Family Center, founded by his son and his daughter in law, to help children with special needs and their families.