Hearing on school due in November 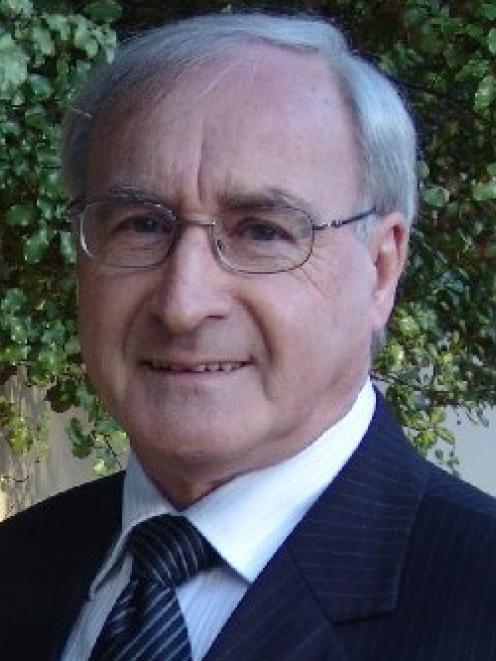 Tony Hanning
The High Court appeal against approval for a $3 millionto $5 million Catholic primary school on Speargrass Flat Rd, near Arrowtown, is expected to be heard in Invercargill in late November.

An amended timetable was agreed last week to allow the Bishop of Dunedin and the Queenstown Lakes District Council to file submissions by November 11, with any reply from the appellants filed by November 18.

Priority was asked for a hearing during the week of November 21.

Judge Christian Whata, appointed to the High Court in March, is expected to preside.

The hearing could take one or two days.

The High Court at Invercargill is likely to be the venue, given the earthquake damage to the High Court in Christchurch.

Diocese of Dunedin Catholic education director Tony Hanning said there had been "frustration" at the further delay of the hearing when appellant responses were not made by the time frame set by the court, "but things now seem to be back on track for the November hearing.

"We're grateful to the court that recognition has been given of the need to press on and arrive at a decision, having been granted approval by Queenstown Lakes District Council and by the Environment Court."

Mr Hanning said enrolment growth pressure on schools in the Wakatipu was shared by St Joseph's School in Queenstown, which intended to administer the proposed Speargrass Flat Rd school as a second campus for 112 children.

"The delay over the establishment of Speargrass has meant we're not able to meet the needs of some of those families affected by the pressure on rolls," Mr Hanning said.

The Ministry of Education based its provisional staffing entitlement on the conservative number of 161 pupils for 2012 and the maximum roll was 175 pupils, Mr Hanning said.

"It doesn't give us much of a margin and it's also [a] concern within the wider network."

He said St Joseph's provided for 11% to 14% of the total school-aged population in the Wakatipu.

The allocation peaked as high as 14% until Remarkables Primary School opened.

"The ministry is aware that the maximum roll increase will be dependent upon the timing of our development of a second campus, so they know we're waiting for the Speargrass result."

The eight parties appealing, either neighbours or landowners near the proposed school site, changed their legal representation from Queenstown lawyer Michael Parker to James Gardner-Hopkins, a partner at Russell McVeigh, in Wellington.

The notice of appeal lodged in late May alleged 46 errors and questions of law in the Environment Court's 35-page decision, including the compatibility of the school with the amenity and its rural-residential zone and the court's alleged failure to address traffic effects.

The Bishop of Dunedin will be represented by senior counsel Paul Cavanagh QC, of Auckland, with Queenstown lawyer Russell Ibbotson.