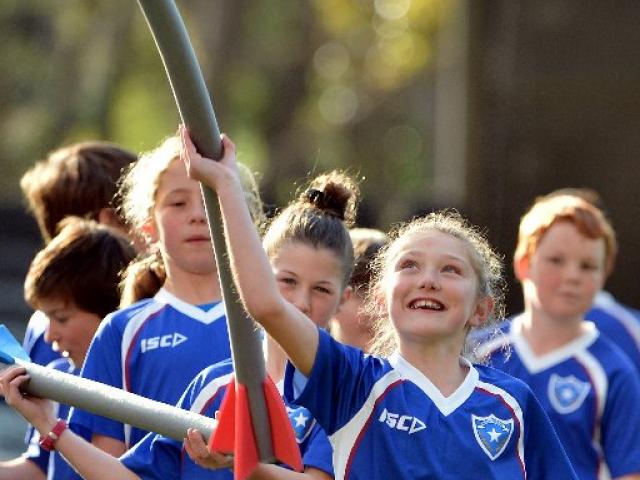 Athletes charging around the turf of Forsyth Barr Stadium, the din of excitement and the cheers of supporters - no, this wasn't an All Blacks test. It was World Athletics Day.
An Education Review Office (ERO) report has revealed Bathgate Park School is thriving in the wake of the Ministry of Education's 2012 South Dunedin Schools Review.
The number of Otago secondary schools failing to meet the national average pass rate in all levels of NCEA continues to rise, recently released statistics from the New Zealand Qualifications Authority show.

An educational healthy-relationship programme inspired by the death of Dunedin woman Sophie Elliott is to be offered to all New Zealand schools in the coming weeks.

Dunedin teachers are facing a confusing end to the financial year because of pay errors caused by Novopay.
The Education Review Office has recommended the Ministry of Education review its formula for guidance counselling funding in schools after it found some schools were not able to account for how they were spending the money.

Every year, Class Act award winners are encouraged to go out into the world and fulfil their ambitions.

Three Dunedin boys were two points shy of a perfect quiz score last night.
Ultra-fast broadband is now running past more than half of the southern region's school gates, but so far fewer than a third of the schools have tapped into the cable which can provide large amounts of data, faster.

Whille Dunedin schools have noted a decline in the number of pupils absent with influenza this year, a senior doctor is warning families not to be complacent.

Pressure on the Ministry of Education to operate in a ''constrained fiscal environment'' appears to have abated in the past year.

Burglaries of Dunedin schools have almost doubled in the past year, prompting police and Neighbourhood Support to provide strategies for keeping schools secure during holidays.

Despite the generally "clean" image of New Zealand's primary, intermediate and secondary education sector, an Office of the Auditor-general survey into fraud has found 8% of respondents were aware of at least one incident of fraud or corruption in their school within the past two years.
Compare. measure, contrast, rank - it is an instinctual human tendency, and in few other aspects of life is the drive more acute than the schooling of our children.

Dunedin schools have lost 1437 pupils in the past nine years - the equivalent of 53 classrooms full of children - and Statistics New Zealand demographers are predicting the decline will continue.
A new garden science programme at Balclutha Primary School has received a $1500 boost.

The Government launched a "sneak attack" on technology teachers in the Budget, inflicting a "huge blow" on the nation's intermediate sector, Tahuna Normal Intermediate principal Tony Hunter says.
Pupils in years 5 to 8 are training for an Olympic-themed sports programme organised by Lakes Leisure.

During tough fiscal times, New Zealand schools appear to be refining their budgets by hiring increasing numbers of teachers on short-term contracts.