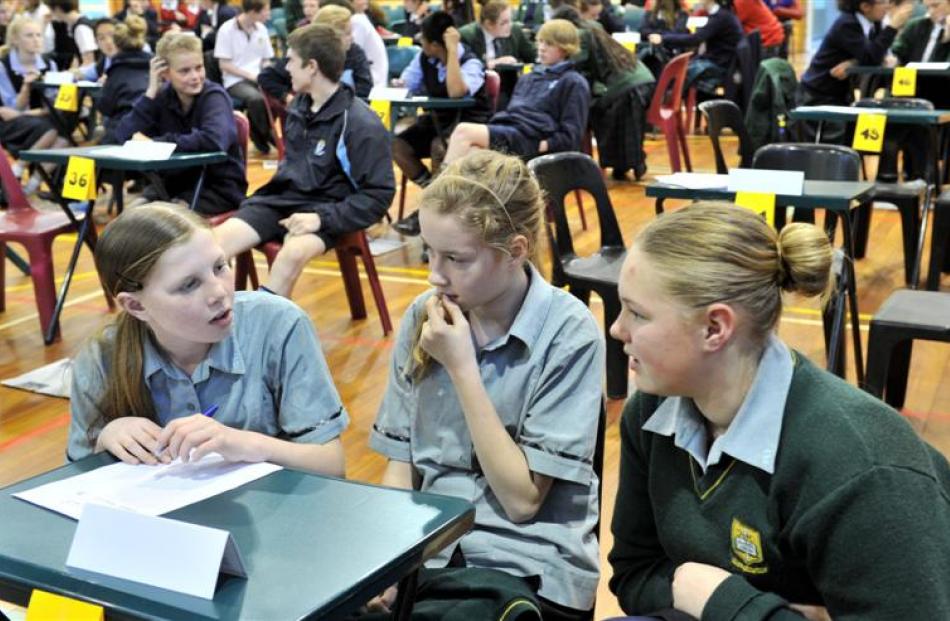 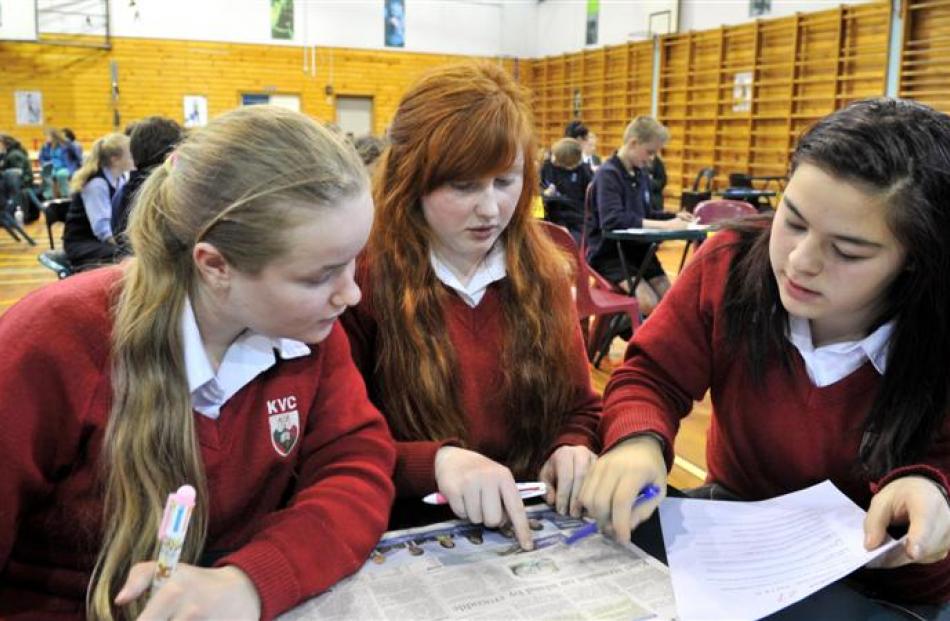 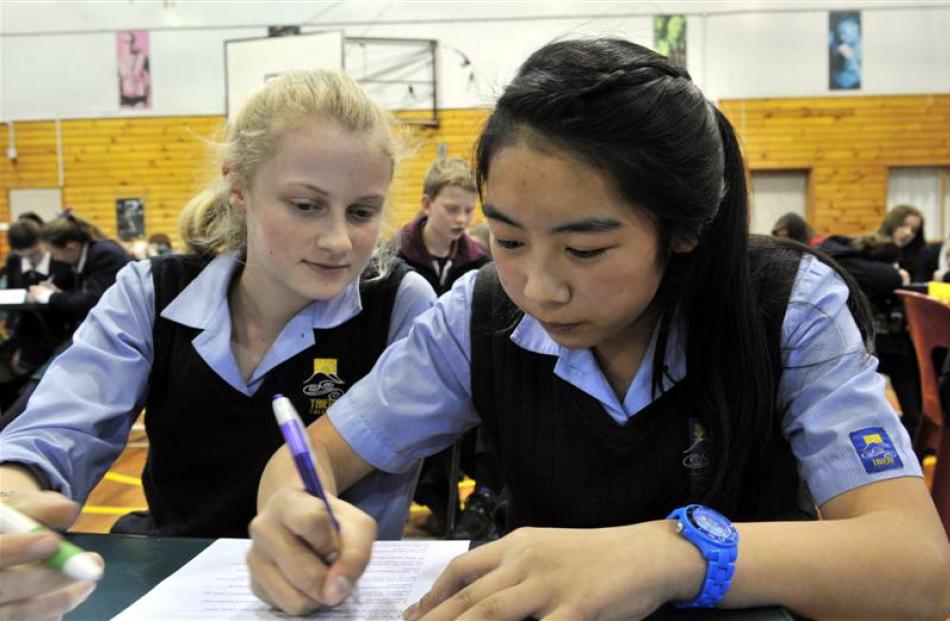 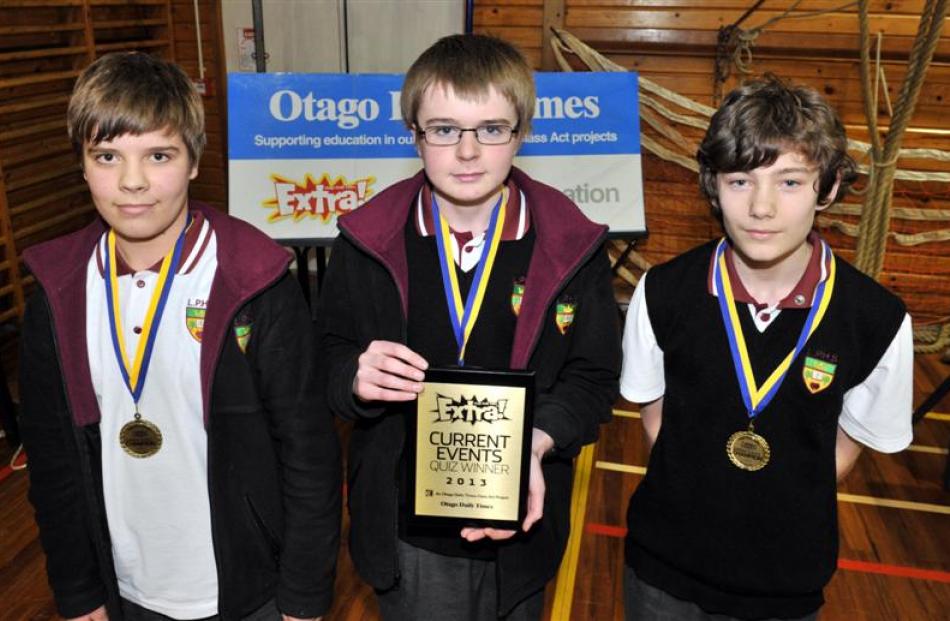 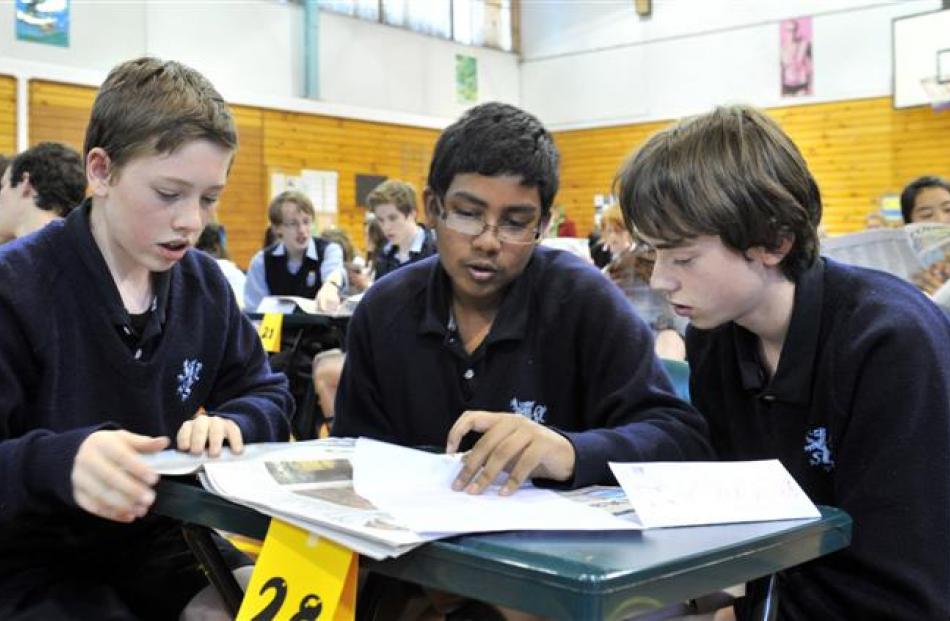 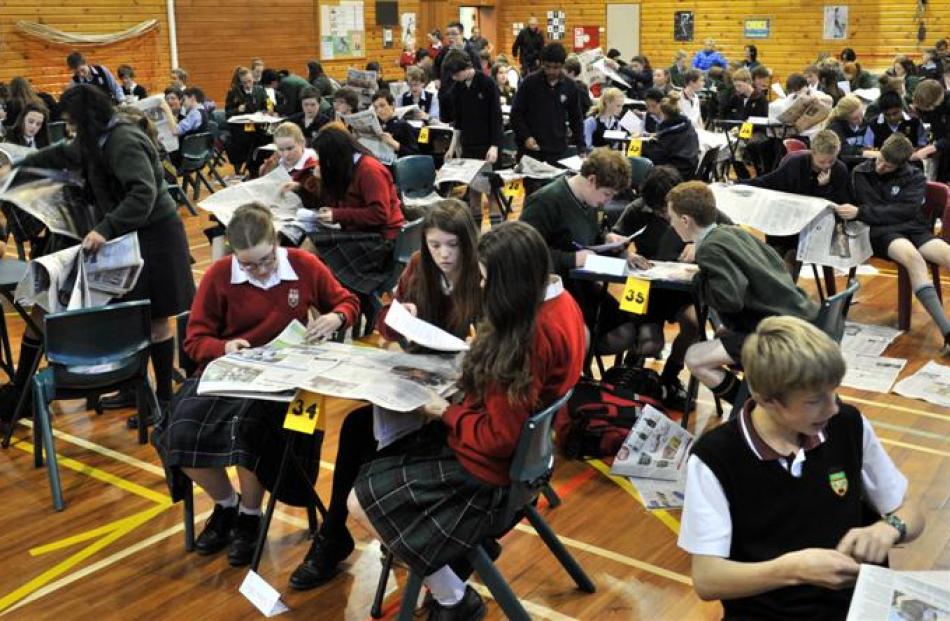 Ben said the team dropped the two points because they had difficulty hearing a geography question.

And geography was the team's strongest subject, he said Besides geography, Ben's specialty subject was birthdates, Max's was history and Cameron's current affairs.

Collectively, the team had studied for 120 hours for the competition.

The boys studied individually for about four hours a night and then ''communicated'' their progress the next day, Ben said.

The team agreed on most answers yesterday but had ''some debate'' on whether the answer to one question was Pakistan or Afghanistan, and more debate on the date of the race to the South Pole.

Max said a celebratory pizza dinner had been planned.