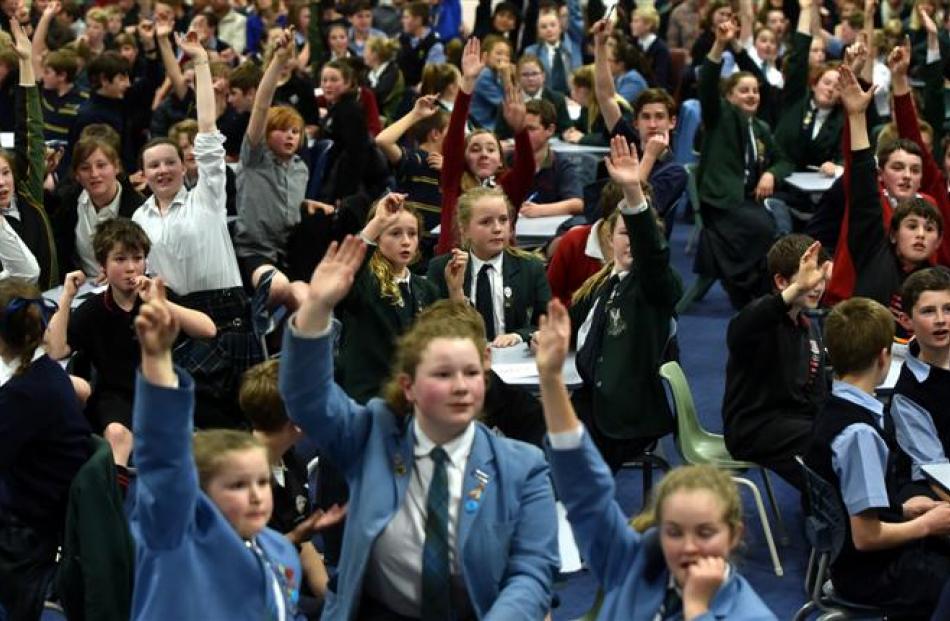 Pupils compete at Bathgate Park School hall during the quiz for years 7 and 8 pupils yesterday. Photos by Peter McIntosh. 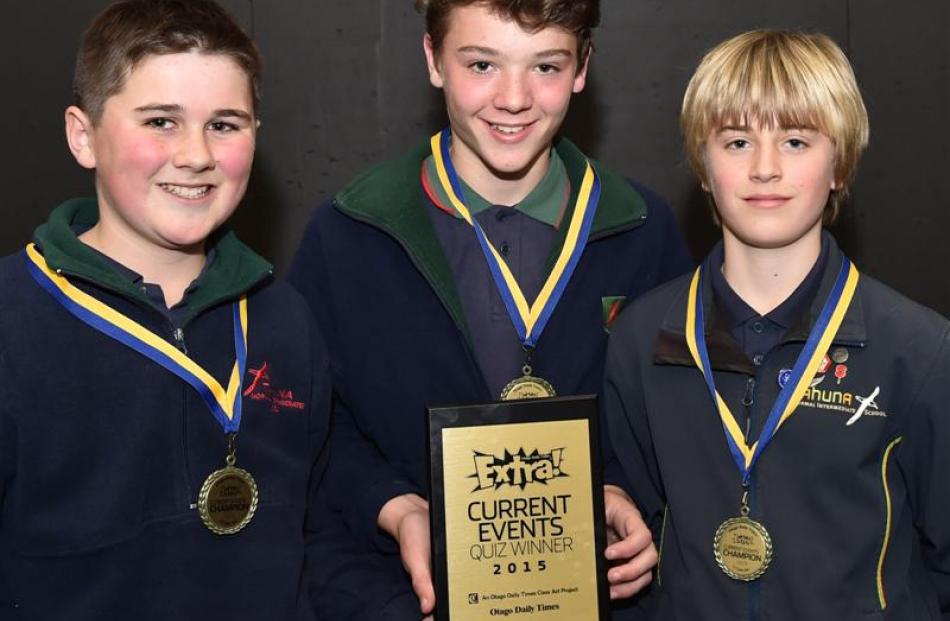 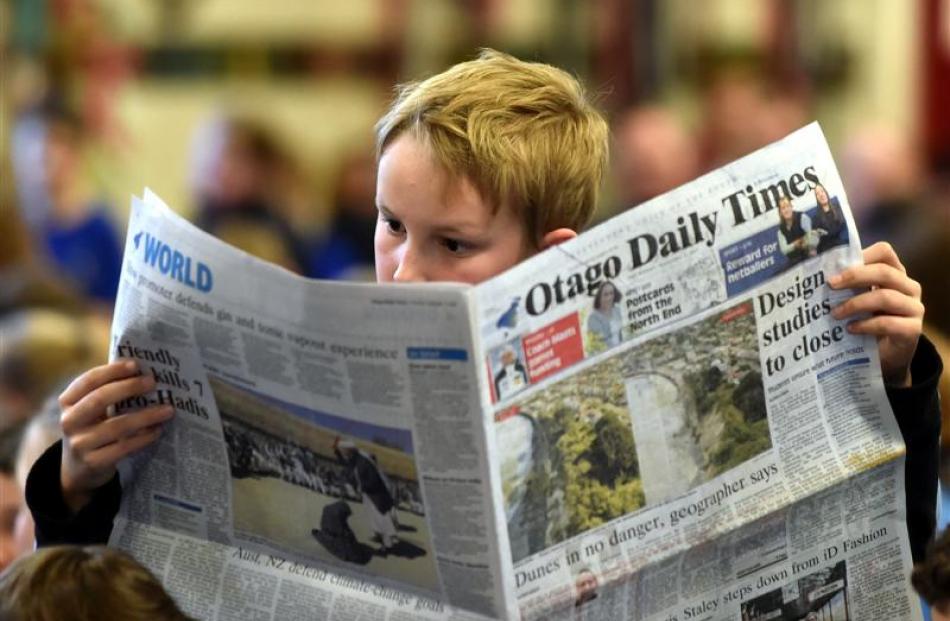 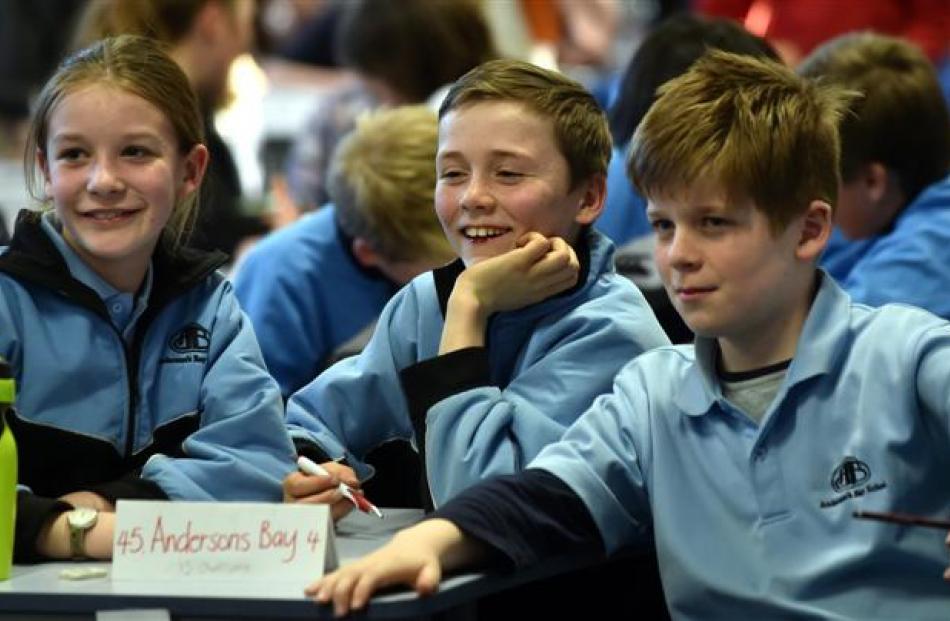 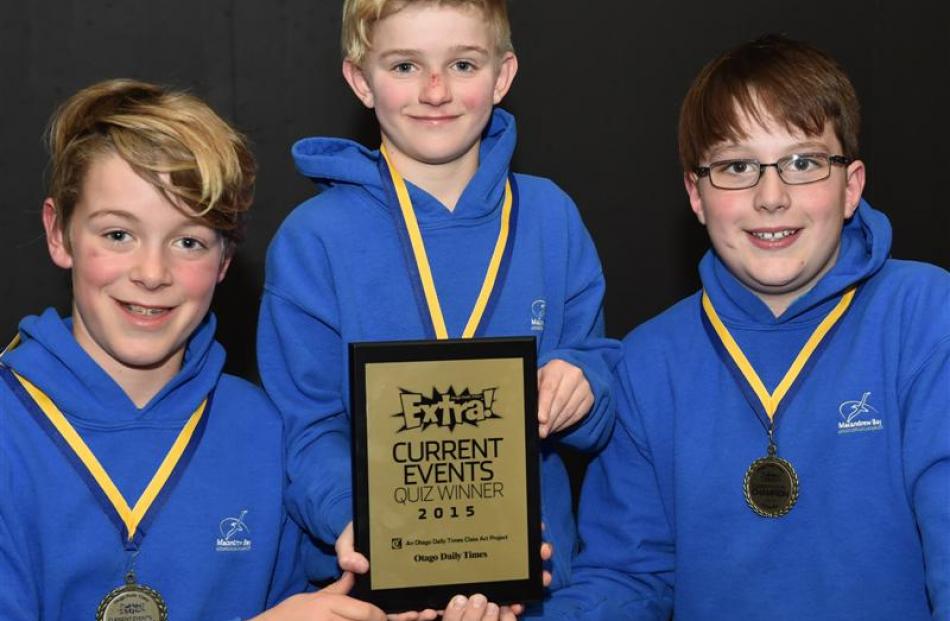 A couple of brothers were in the two teams to win the 2015 Otago Daily Times Extra! current events quiz in Dunedin yesterday.

More than 160 pupils, from 19 schools, competed in the quiz at Bathgate Park School hall.

The first quiz was for years 5 and 6 pupils.

More than 100 spectators watched the 55 teams compete over 10 rounds.

The winning team, from Macandrew Bay School, was only two points shy of a perfect score.

Hamish said he was ''surprised'' by the win - the first time any of the team had won the top prize.

The secret to the success was plenty of training, such as reading the Otago Daily Times and watching the news, Hamish said.

He wanted to thank his mother, Jayne Ladbrook, for asking him questions to prepare him for the quiz.

An hour later in the hall, about 180 pupils from 13 schools had their knowledge tested.

The 59 teams of years 7 and 8 pupils were watched by about 80 supporters.

The winners, with a score of 95% , were Tahuna Normal Intermediate School pupils Josh Child, Lewis Wall and Finn Cattaway. Finn said he was ''excited'' to have been in the winning team.

The 95% final mark was the same score his team got last year, when it earned fourth place.

This year, he felt more pressure to win because his younger brother Hamish had won the years 5 and 6 quiz earlier. Losing was not an option, he said.

Despite both brothers taking home medals, they gave each other a good natured ribbing after the event.

''I got more points,'' Hamish said to his older brother.