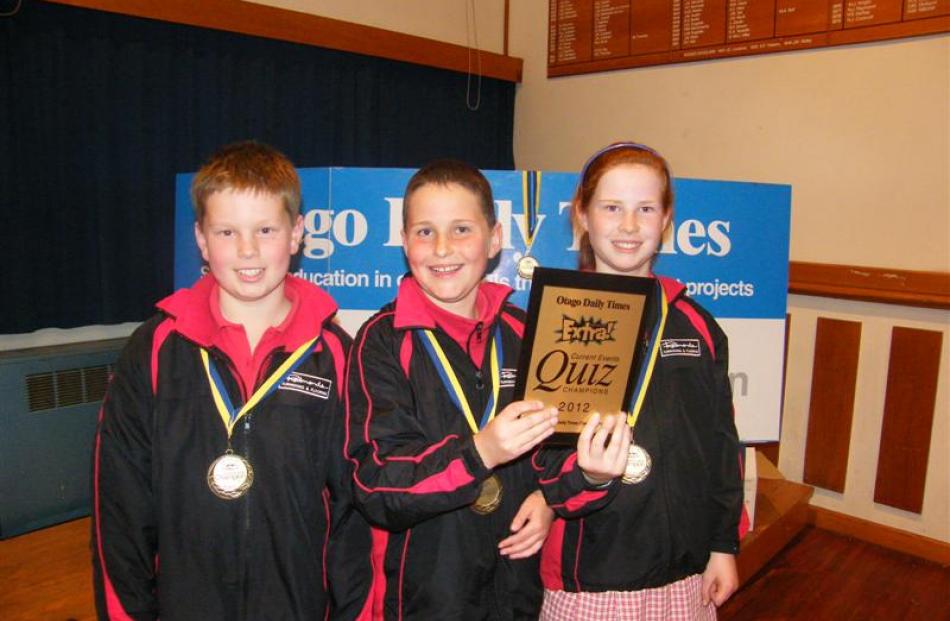 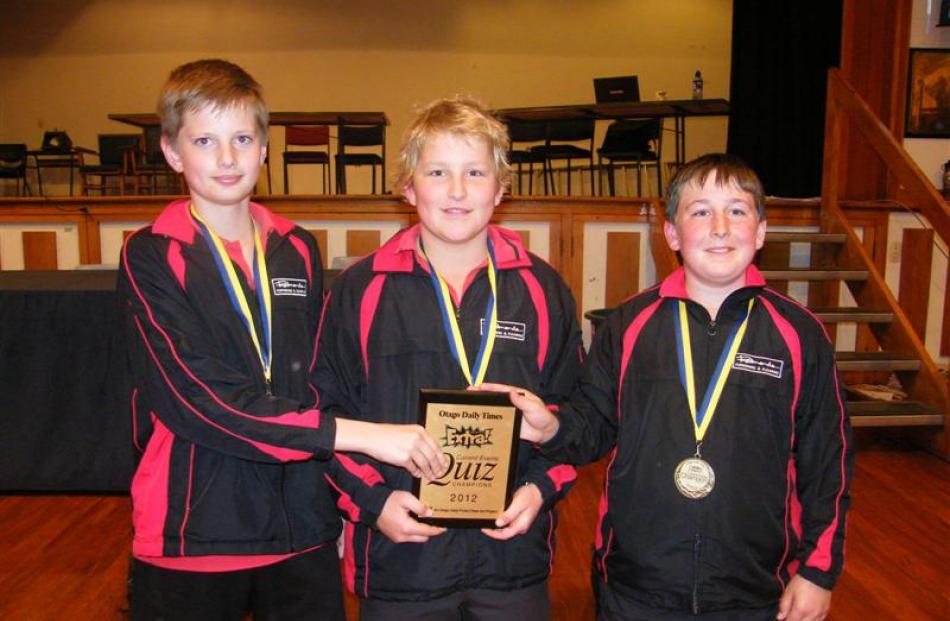 Winners of the years 7 and 8 Otago Daily Times quiz in Timaru yesterday are (from left) Joshua Lowe (12), Hunter Stewart (13) and Hamish Sheate (11), of Ashburton Borough School. 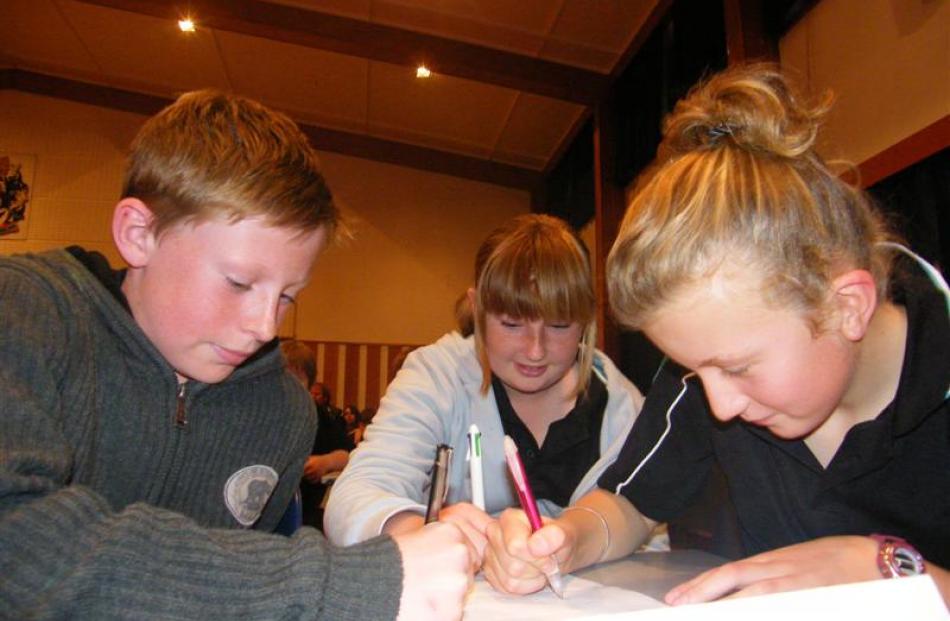 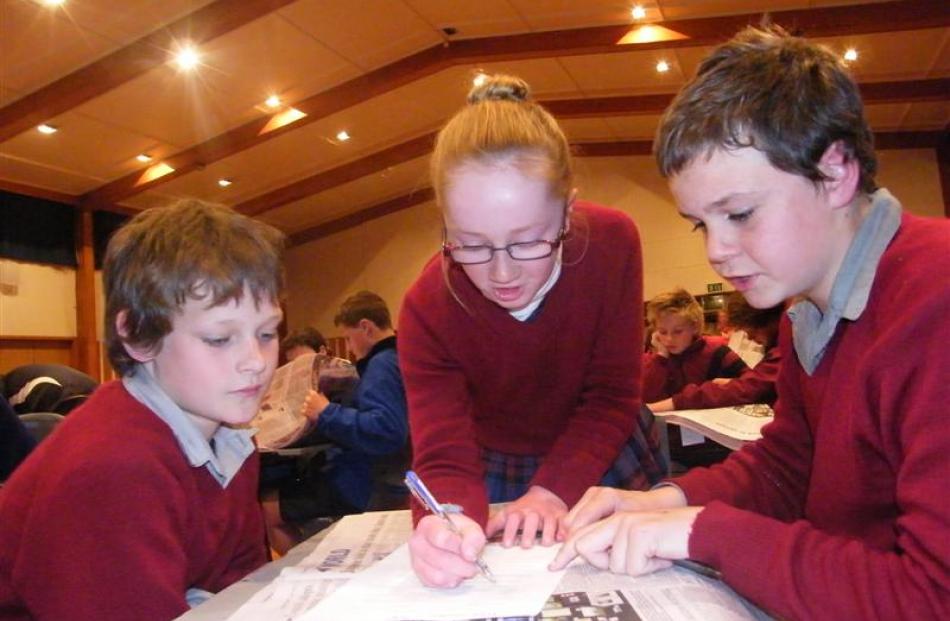 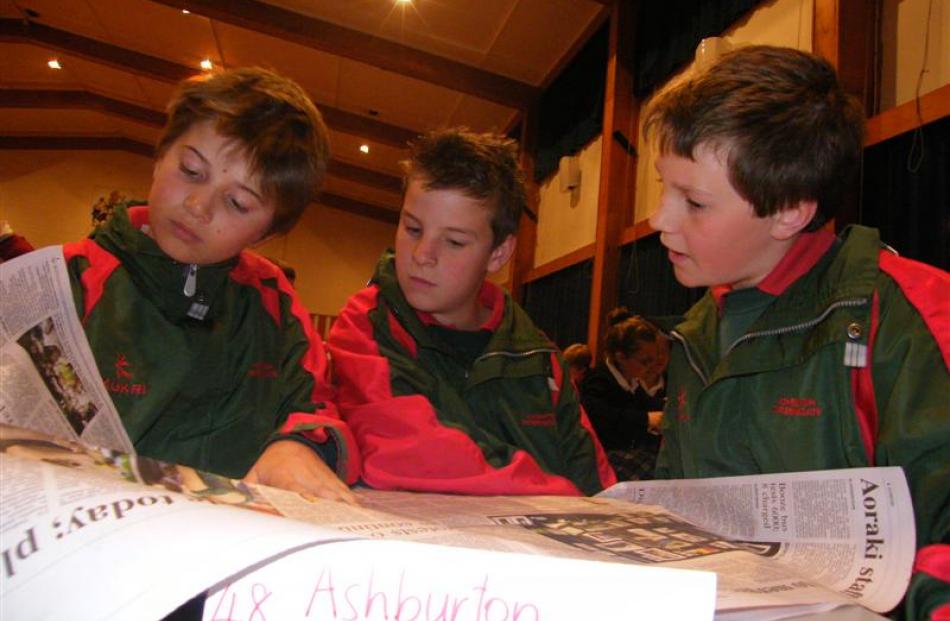 George Chapman (12), Matthew Johnson (11) and Glen McClea (12), of Ashburton Intermediate 3, scan the Otago Daily Times for answers in a round involving a "scavenger hunt" through the paper to find the answers. 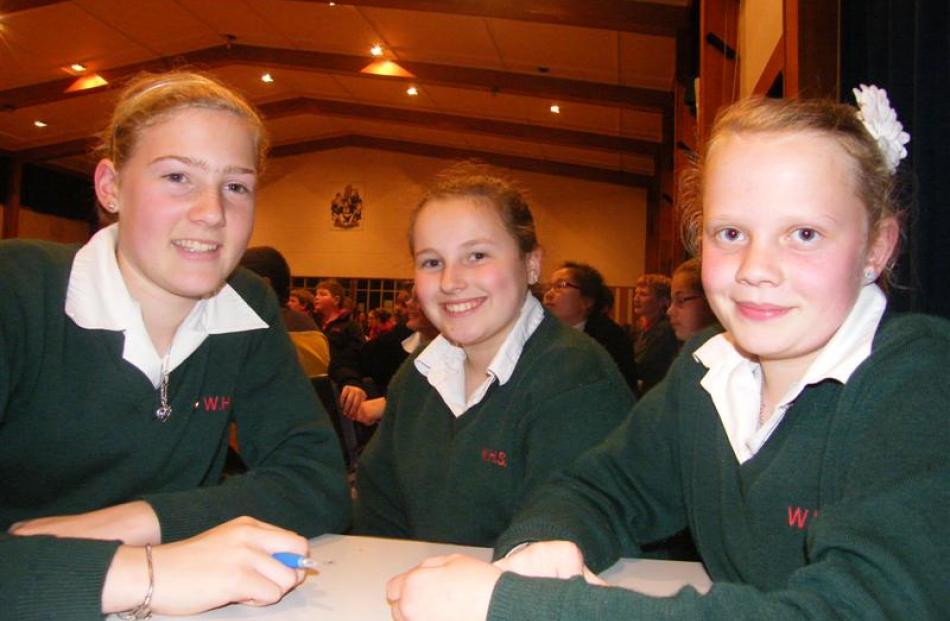 Breanna McKinlay (12), Megan White (12) and Ella Bray (13) of Waimataitai School, Timaru, wait for others to finish.

Ashburton teams took first prize in both age group sections and were also second and third in the senior section.

Ashburton Borough School deputy principal Fiona Ross said her school got the ODT Xtra every month for the children to read and it held a weekly current events quiz.

The children also watched the news and read the newspaper.

"They have swotted all term," she said.

Geraldine School was second on 94 points and Temuka and Hampstead Schools were tied for third, one point behind.

With nine out of 10 rounds played, five teams were tied for first place and quiz co-ordinator and Extra! editor Ivan Behrnes said it was the first time he had seen that number of teams on equal points going into the final round.

ODT Extra! quizzes are held in Alexandra, Dunedin, Christchurch and Timaru and involve more than 1300 pupils.

The quizzes are part of the newspaper's Class Act project, which celebrates the excellence of young people.