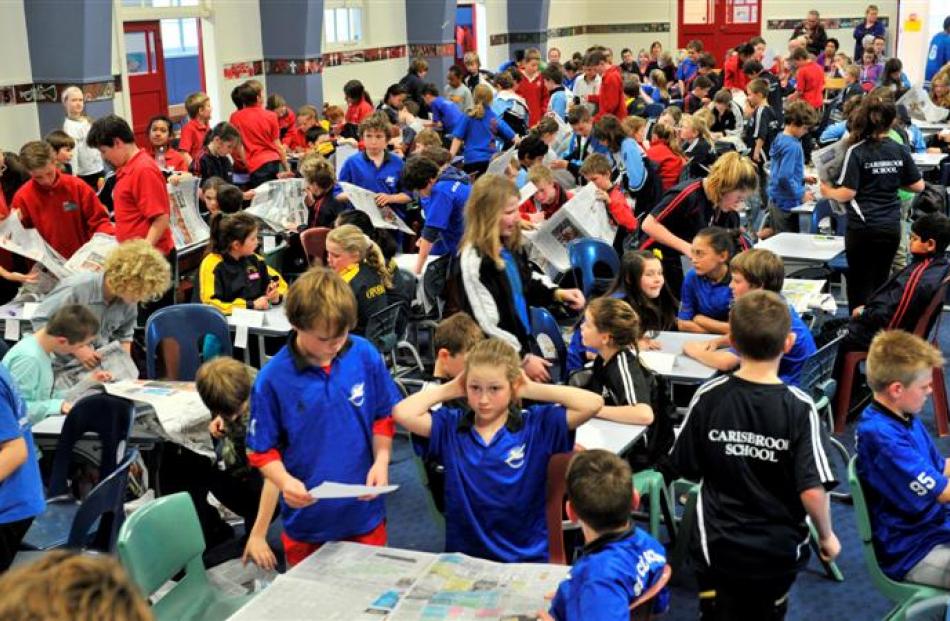 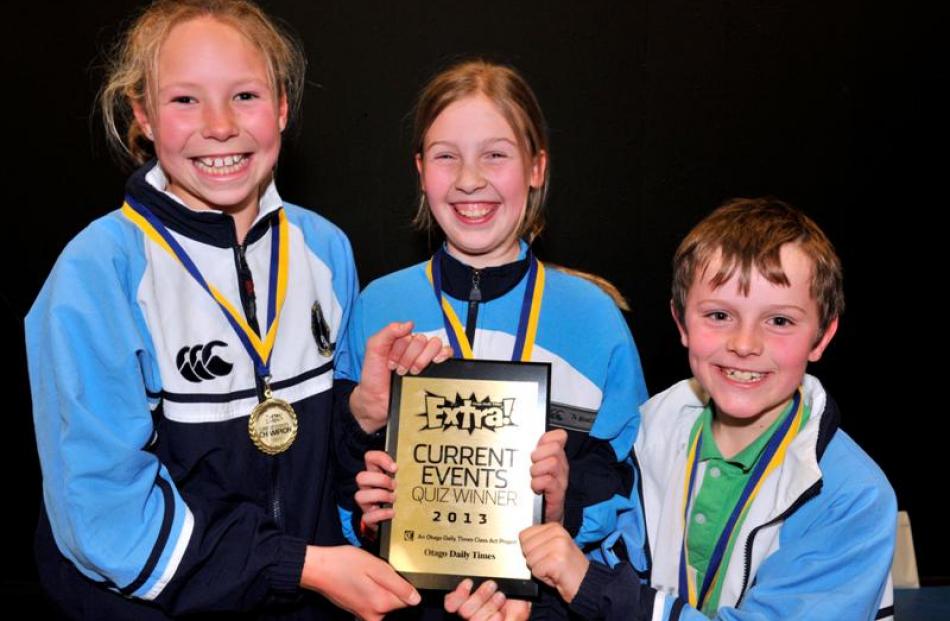 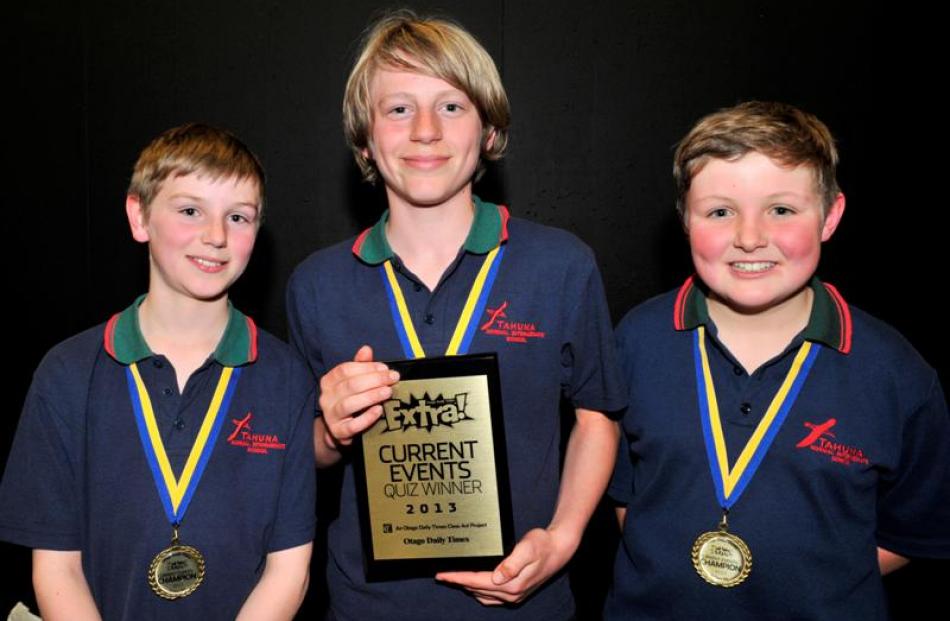 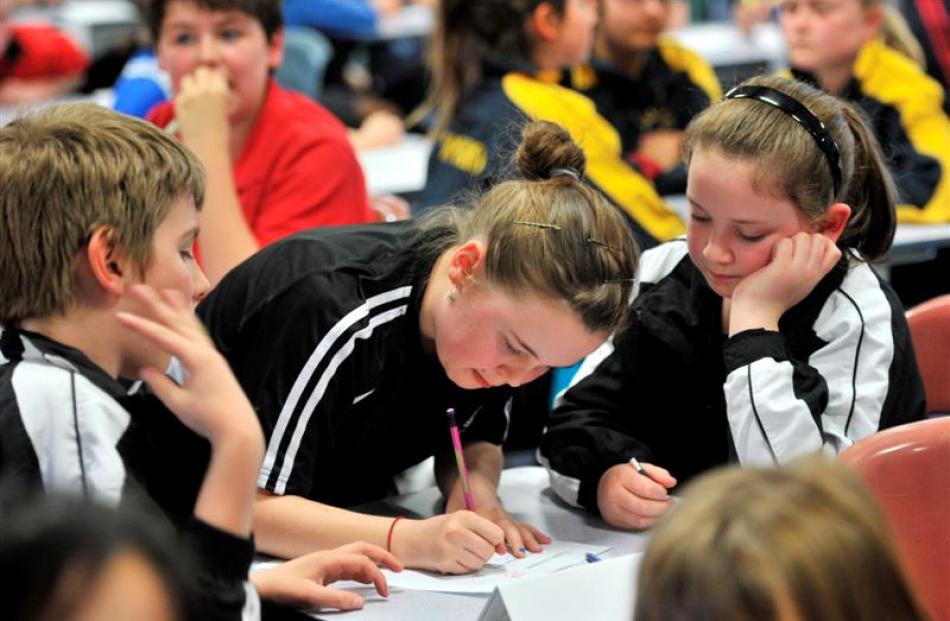 Andersons Bay School pupil Abby Grimaldi records the answer in the years 5 and 6 quiz, watched by Mason Putt (left) and Holly Taylor (all 10). 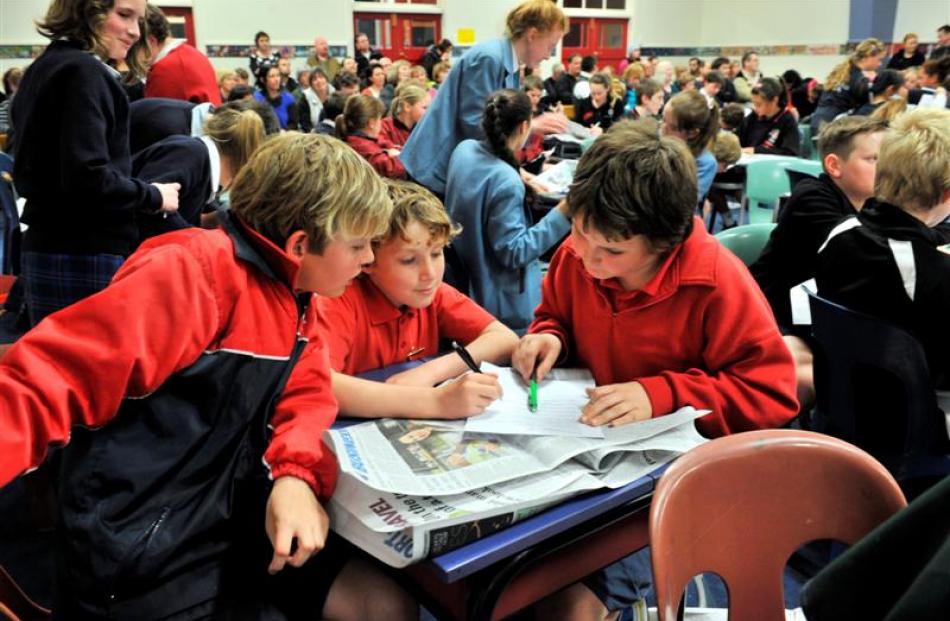 Rosebank School pupils (from left) Connor Smith (13), Logan Bennett (12) and Dominic Grinton (12) consult over a question in the years 7 and 8 event. 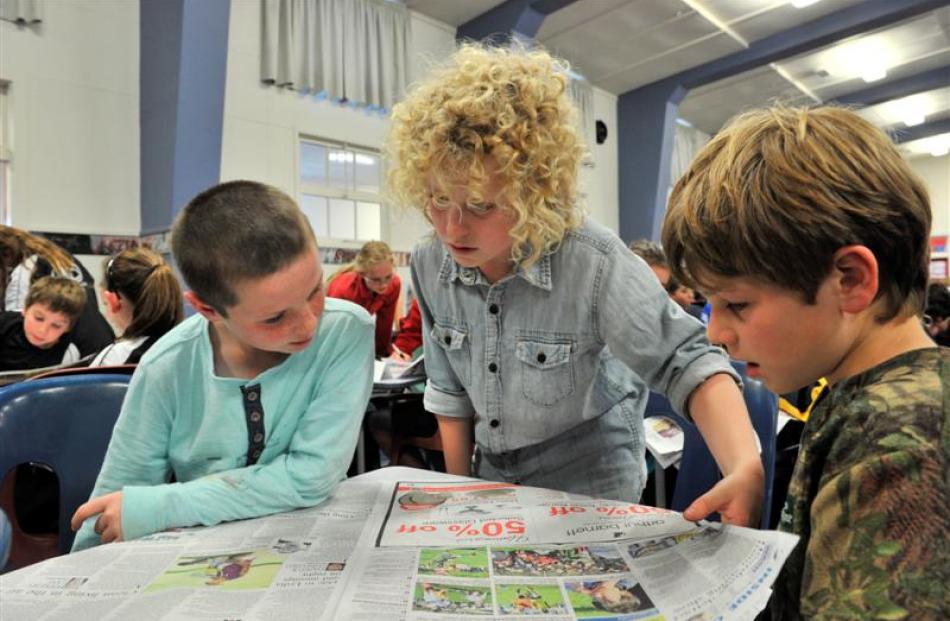 St Mary's School (Mosgiel) pupils (from left) Gracin Frazer (10), Billy Ellwood (11) and Thor Dougherty (10) check through the ODT for clues in the years 5 and 6 quiz. 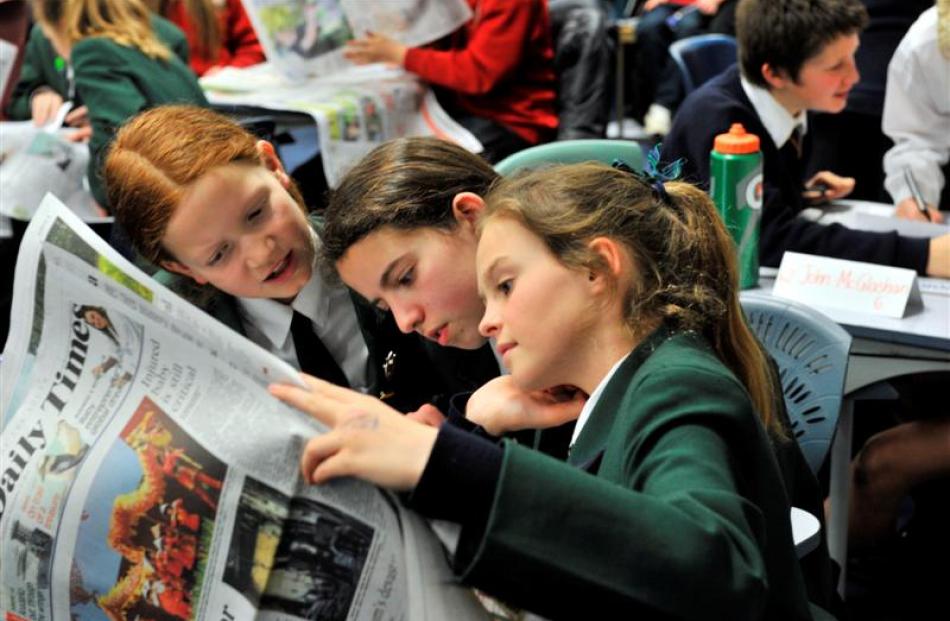 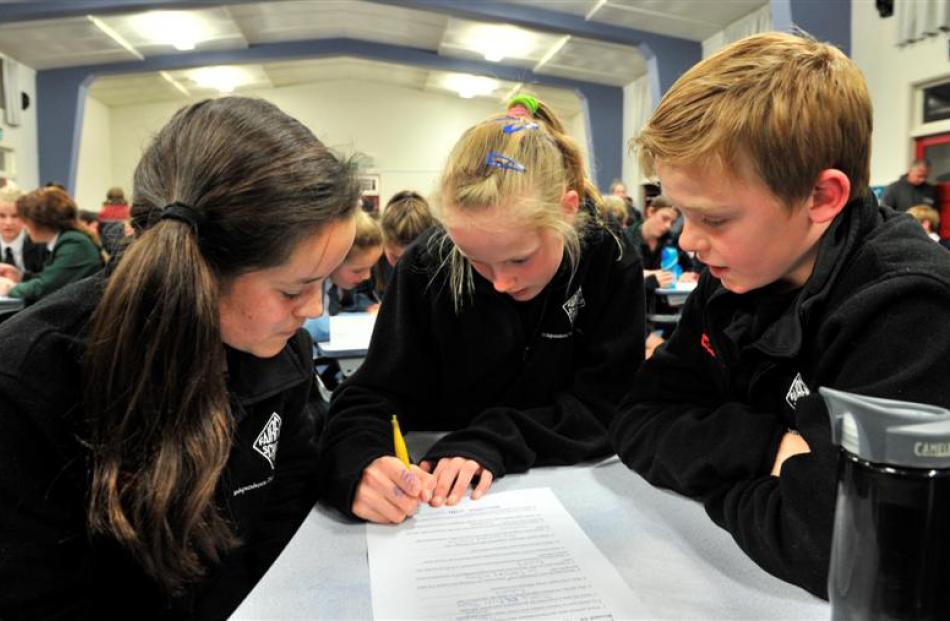 Fairfield School pupils (from left) Erin Hartley, Kayla Potbury and Will Bathgate (all 11) write down the answers at the years 7 and 8 event.

It was a nail-biter of a finish.

After the final round of questions in the Otago Daily Times Extra! Otago regional current events quiz at Bathgate Park School in Dunedin last night, two years 5 and 6 teams were tied for first place.

Both Grants Braes School (3) and defending champion George Street Normal School (6) finished on 94 points, and after several tie-break questions, the competition organisers were no closer to finding an overall winner and anxiety levels in the room soared.

In the end, it was a question about Auckland City Mayor Len Brown which broke the tie and resulted in George Street Normal School pupils Hannah Matehaere (11), Isabelle Coe (11) and Luke Geddes (9) being named winners for the second year in a row.

Isabelle was the first to acknowledge how much pressure both teams were under in the tie-break.

''If I didn't cut my fingernails last night, I would have chewed them right off tonight.''

She said their secret to success was working as a team and diligently watching the television news and reading the Otago Daily Times each day.

''Were keen to return next year and make it a three-peat,'' she said.

Grants Braes was second and Macandrew Bay School (1) was third with 93 points.

The finish of the years 7 and 8 competition was less of a nervous wait - particularly for Tahuna Intermediate pupils.

For Asher and George, it was the second Extra! competition they had won this year. They won the spelling quiz in June.

''We couldn't go too far wrong - a team from Tahuna was going to win, either way.''