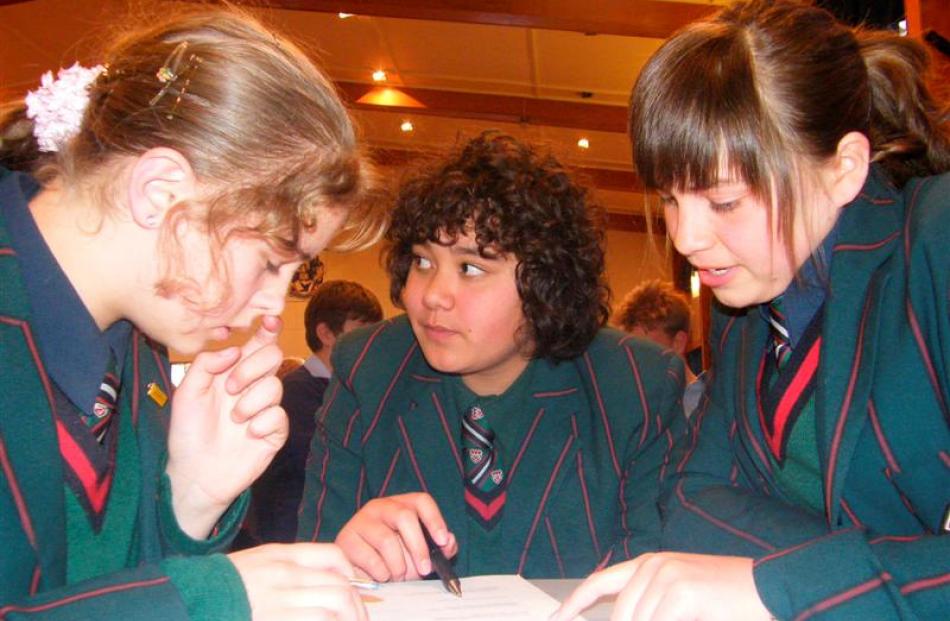 Debating the correct answer is the Mountainview High School team of (from left) Keeley Armstrong (13), Connor Riwaka (13) and Mae-Kwai Auld (14). 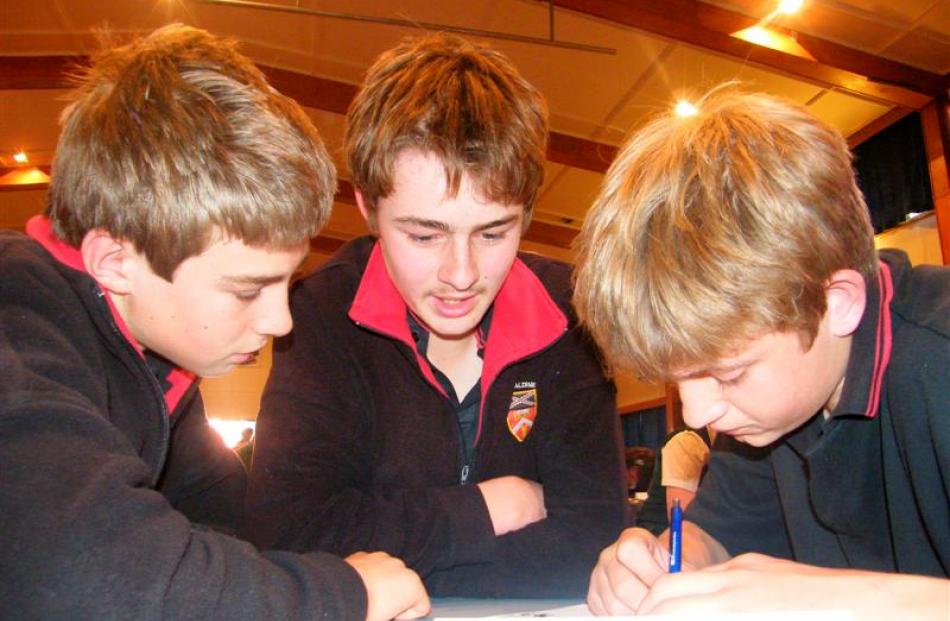 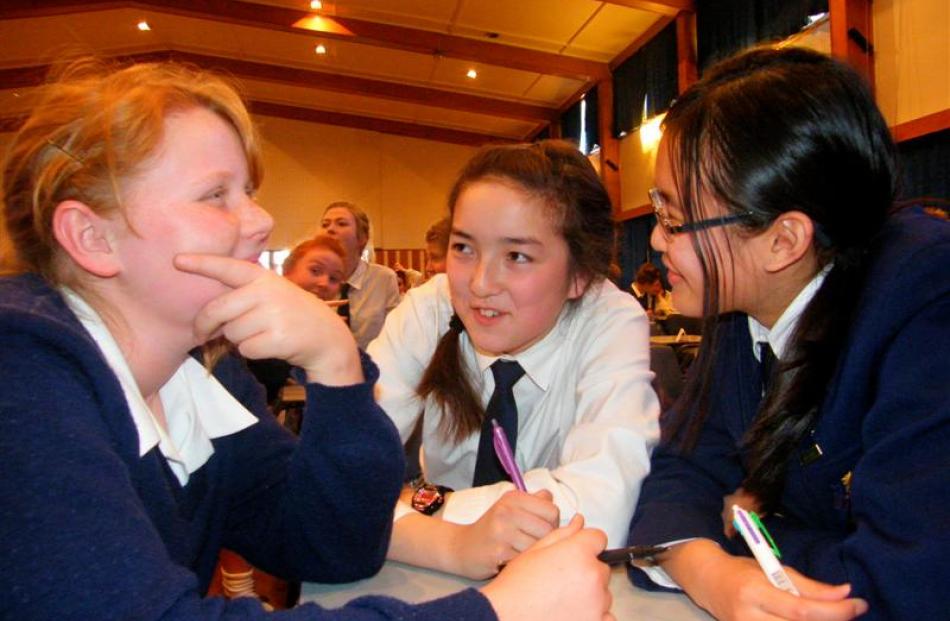 Relishing the tough questions is the Timaru Girls' High School team of (from left) Bridget Shimmin, Anna-Kay Cressy and Yi Ran Ong (all 14). 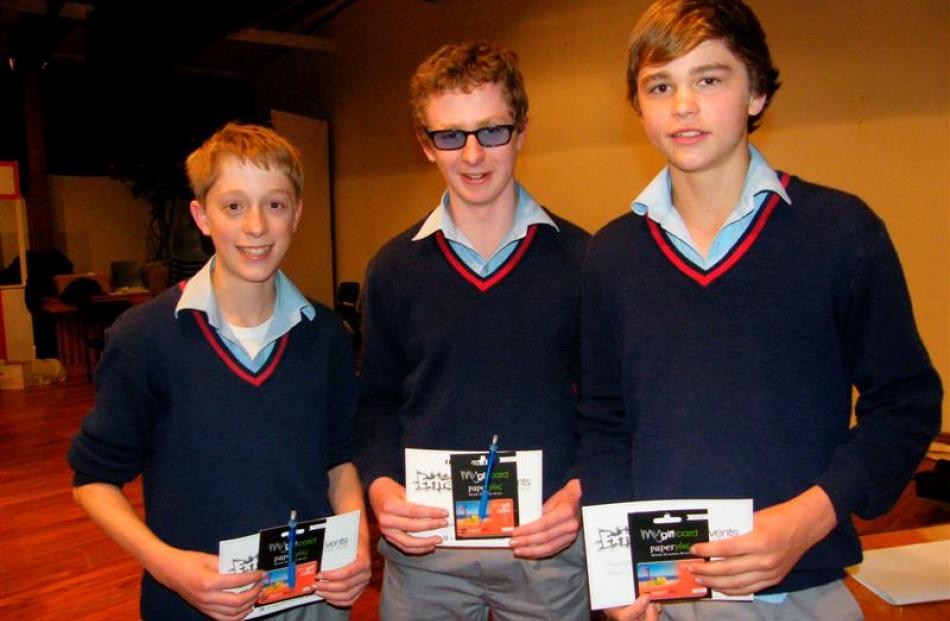 Third-placed is the Ashburton College No 4 team of (from left) Simon Reid, Anthony Watson, and Lachlan Davidson (all 14). 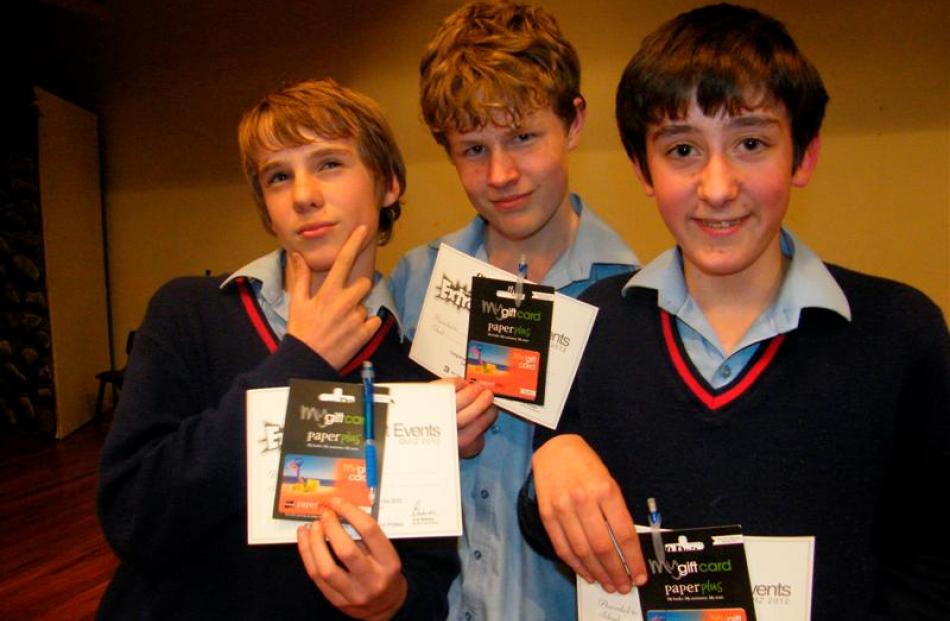 Happy with their runner-up prizes is the Ashburton College No 6 team of (from left) Zak Derrick, Jonathon Stevens and Harry Fleming (all 13). 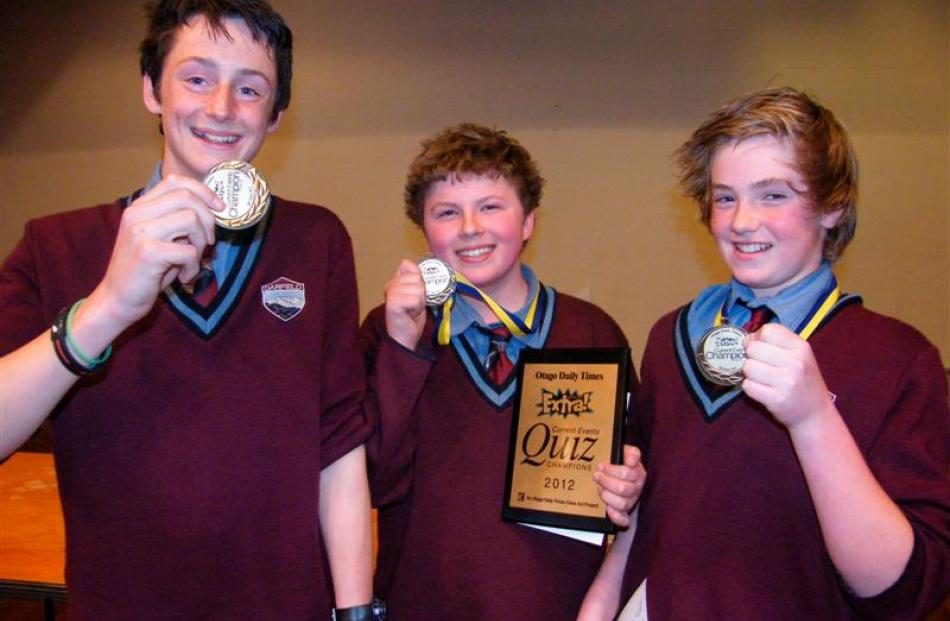 They came, they answered questions and they conquered: a Darfield High School team has won the years 9 and 10 section of the Otago Daily Times Extra! current events quiz in Timaru after travelling the furthest to get there.

Last night's quiz was a close-run thing for the team of Bailey Campbell, Michael Campbell and Taylor McNeill. The trio's score of 92 out of 100 was only one point ahead of the Ashburton College No 6 team, while the latter school's No 4 team came third on 89 points.

The three teams were among 59 taking part from 12 schools throughout South and Mid Canterbury.

The teams were quizzed on topics such as maps, flags, history and current events, and were asked to identify famous people from photos and verbal descriptions.

Darfield High School's victory was its first in three years. Team member Michael Campbell said the secret to its success was teamwork.

"We all participated and contributed to every answer. When we work as a trio, we're unstoppable."

He and team-mate Taylor McNeill, who were in the ninth-placed team last year, attributed much of their rapid improvement to the team's new member, Bailey Campbell, who had given the team a better all-round balance of skills and knowledge.

Bailey said they had done particularly well in the international quiz round.

"We all regularly tune in to the news."

Timaru is the last stop for the current events quiz after it swung through Dunedin, Christchurch and Cromwell in the past month.

Pupils identified in a caption yesterday at the Extra! quiz were from Waimate High School, not Waimataitai School.