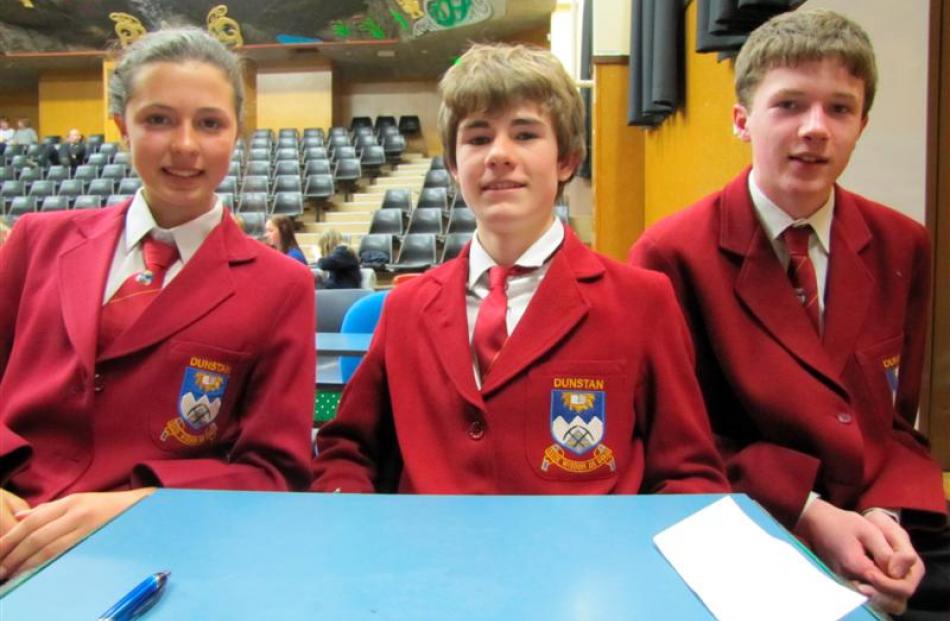 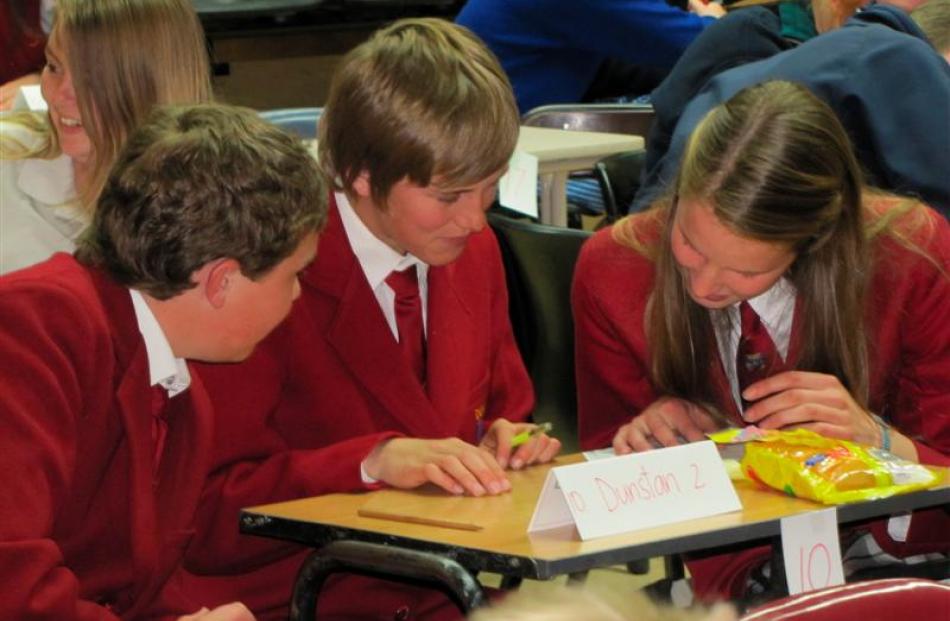 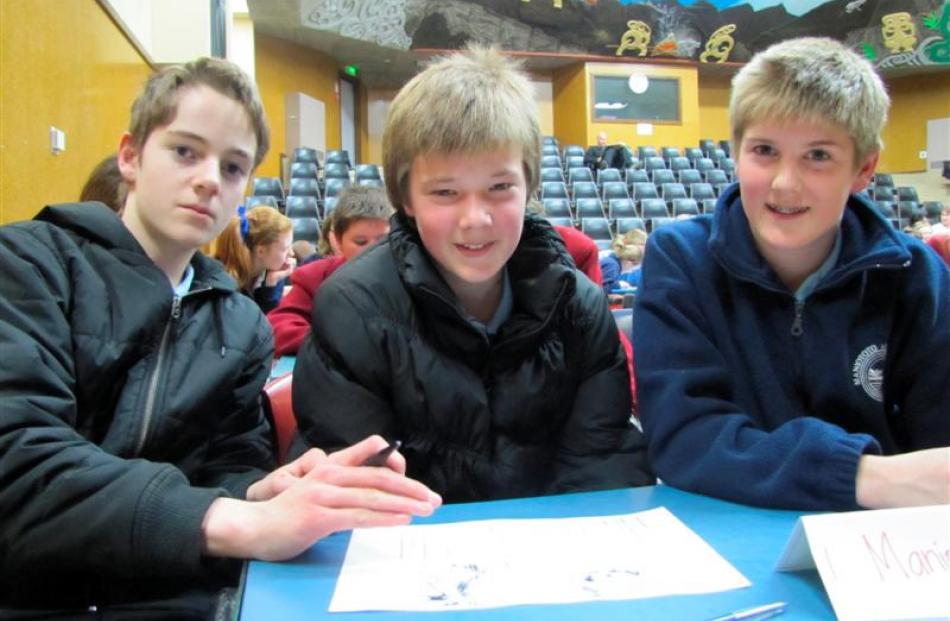 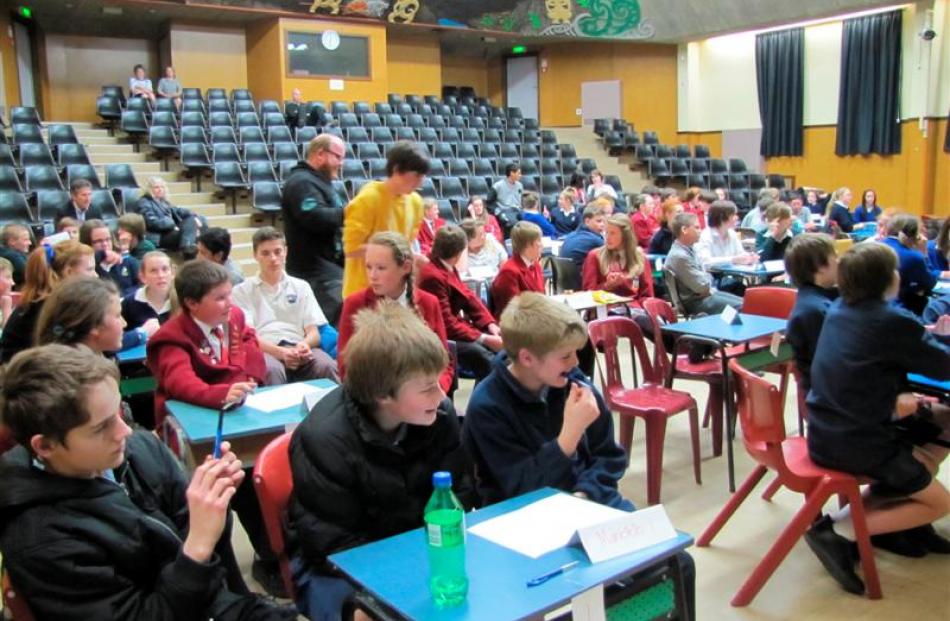 Pupils listen to answers from the previous round. 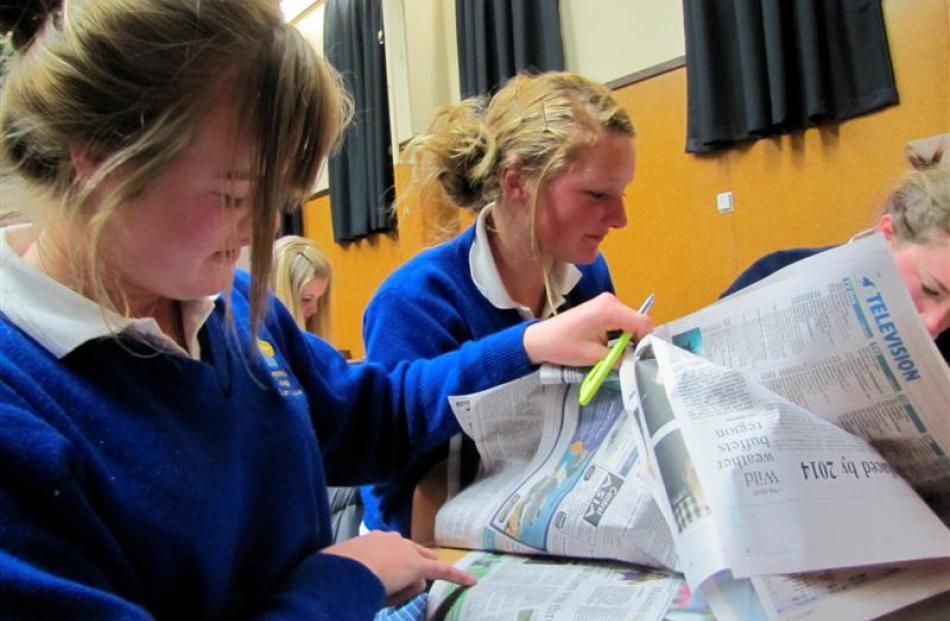 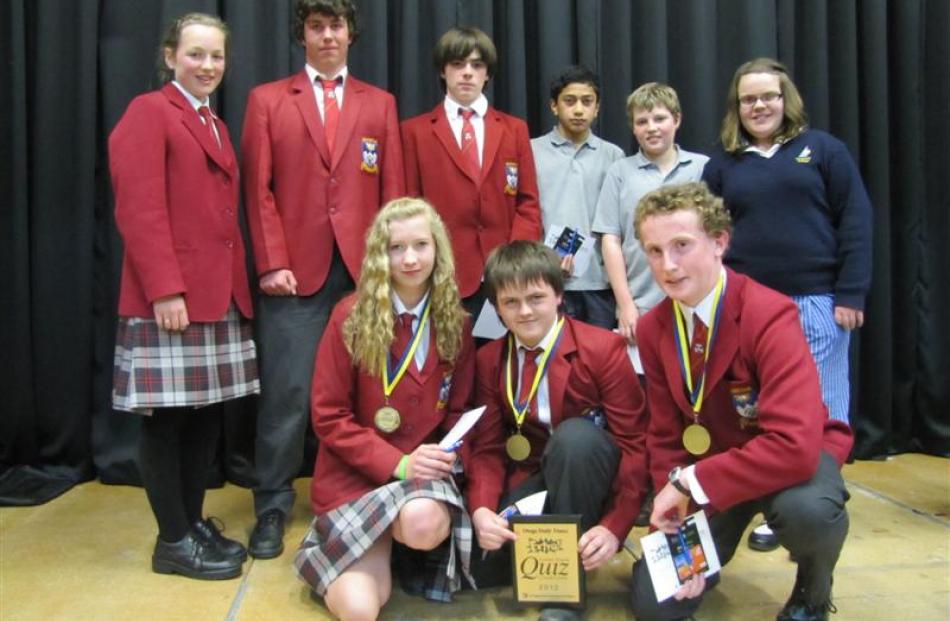 International current events proved to be one of the hardest rounds at the Otago Daily Times Extra! Current events quiz in Cromwell last night.

For the winning team, Dunstan High School pupils Maddie Grant (15), Kane Andrew (14) and Matt Hesson (14), the hardest round was the last one.

"The last one [was the hardest] because of the pressure of knowing we were up there and wondering whether we could hang on," Maddie said.

They were a well practised team, however, with a combined total of almost 15 years' Extra! experience.

Though they had all received placings at other competitions, this was the first time any of them had won.

The Cromwell College team of David Kaufononga (14), Bradley Ashe (13) and Georgia Jackson (14) took second place with a score of 86.

One point behind, with a score of 85, another Dunstan High School team of Nikki Wheeler (14), Connor McCone (14) and Alex Peacock (14) took third place.

Thirty-two teams of three years 9 and 10 pupils from schools around Central Otago competed over 10 rounds of current events questions.

The quiz has already been held in Dunedin and Christchurch and will be held in Timaru next week.

ODT Extra! quizzes are part of the newspaper's Class Act project which celebrates the excellence of young people.