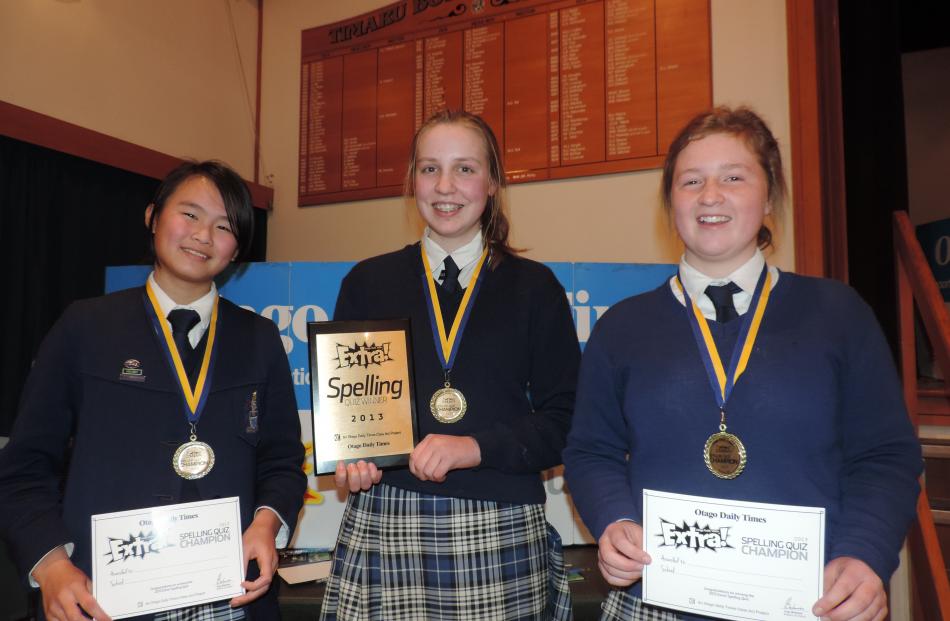 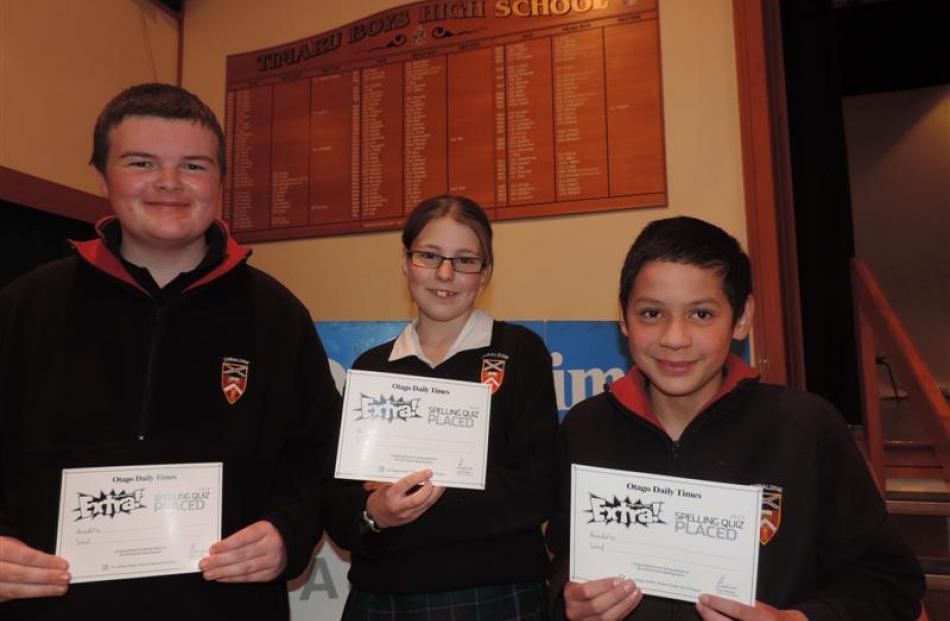 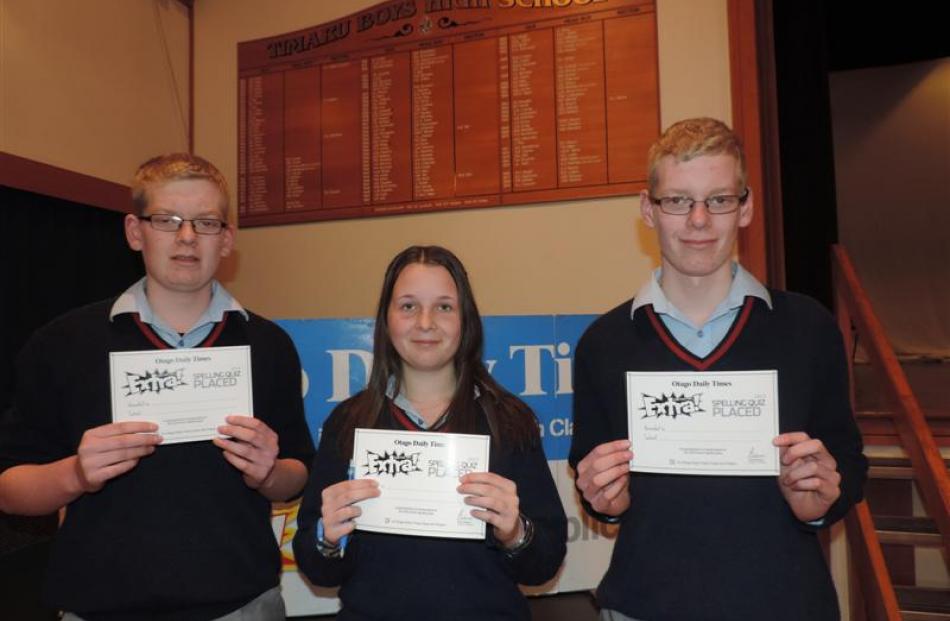 Ashburton College team members (from left) Scott Kelland, Abbey Hands and Ashley Kelland (all 14) were third in the years 9 and 10 section of the spelling quiz. 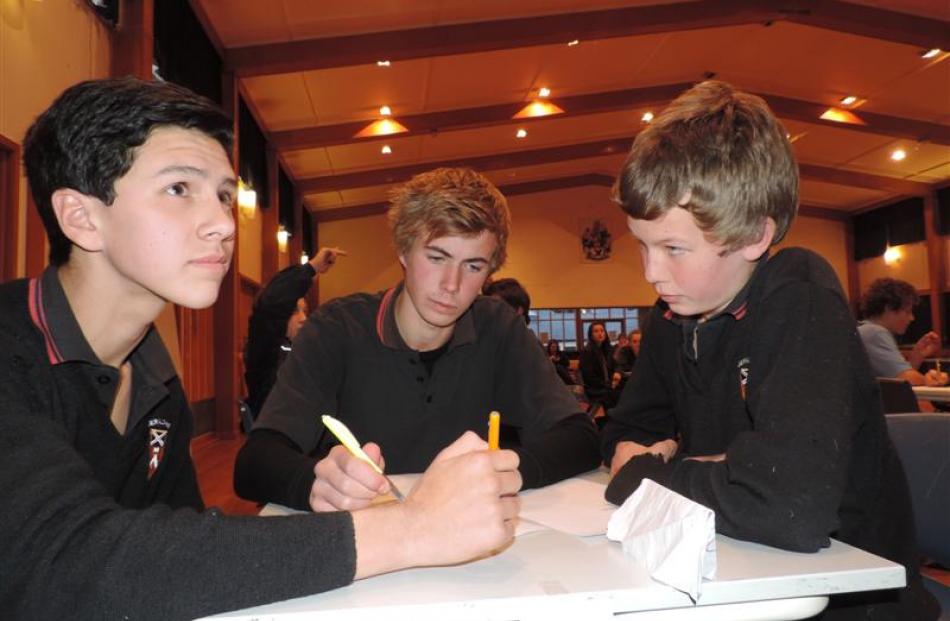 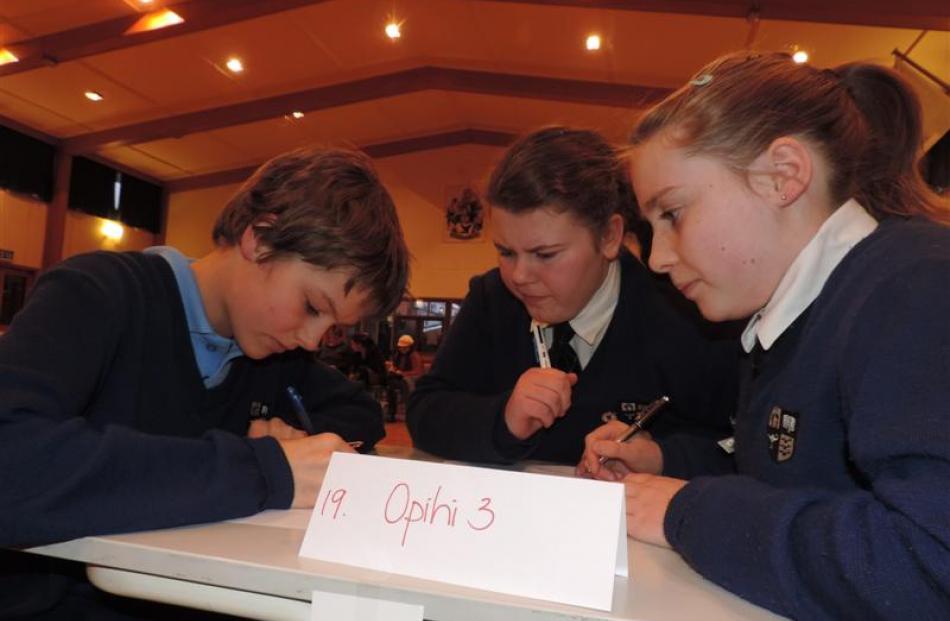 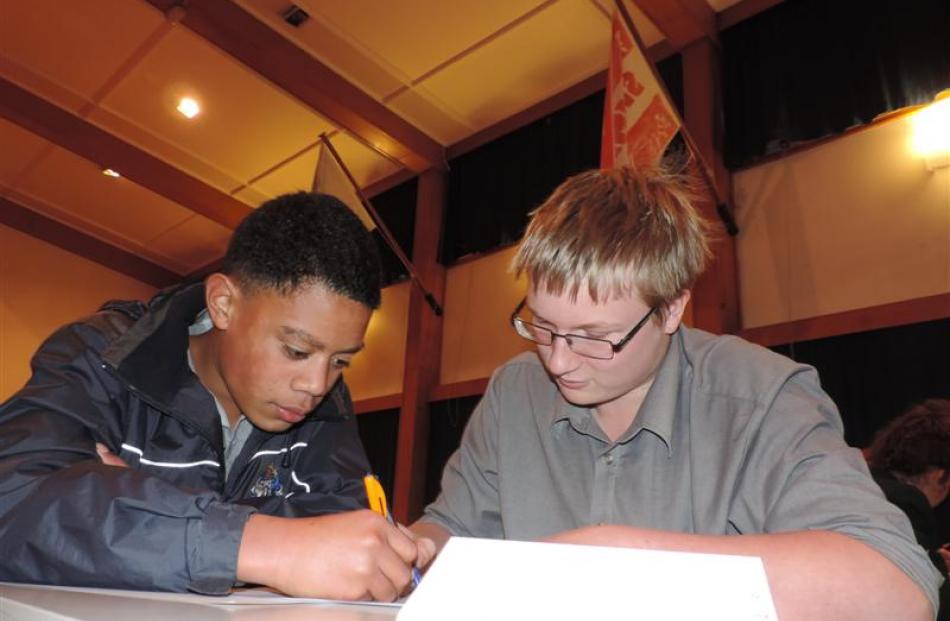 Sione Fonongaloa-Lolohea (left) and AJ MacKenzie, of Timaru Boys' High School 5, had a team member drop out at the last minute.

It all came down to the correct spelling of one word at the Otago Daily Times Extra! spelling quiz for years 9 and 10 in Timaru last night.

In a hard-fought, see-saw battle it was Timaru Girls' High School Team 2 that held on in a sudden death playoff to win the quiz.

When the 10-round competition was finished, two teams were tied on 93 points.

In order to find the winner, the teams were asked to spell the word ''bizarre'' and only one, Timaru Girls' 2, got it right.

The winning team of Yi Ran Ong, Gina Seyb and Bailey Whitnack said they deliberated on the spelling of ''bizarre'' before coming to agreement, but were ''not perfectly sure'' they had got it right until they were announced the winners.

Yi Ran has won first or second place three times before and Gina was in last year's second-placed team.

The disappointed second place-getters, Geraldine 3, said they could not decide whether to put two ''z's'' or one in the play-off word and team member Matthew Hornsby said he gave the team incorrect advice which came from a roller-coaster ride he knew of called Bizarro.

Earlier in the competition, team rankings took a hit when many children did not listen well enough.

In the first half of round eight, teams were asked to name a type of person and three leading teams were given no points for answering ''terrorism'', when the answer was ''terrorist''.

Twenty-three teams from six schools took part part in the quiz, which was the last of four regional quizzes throughout the lower South Island.

The Otago Daily Times Extra! spelling quizzes are part of the newspaper's Class Act project, which celebrates the excellence of young people.

Extra! is a monthly educational publication produced by the newspaper for senior primary, intermediate and junior secondary school pupils. 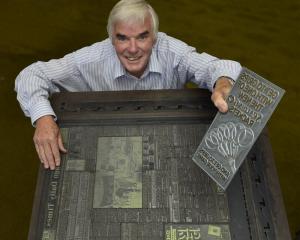 50-year stint at 'ODT' a work in process