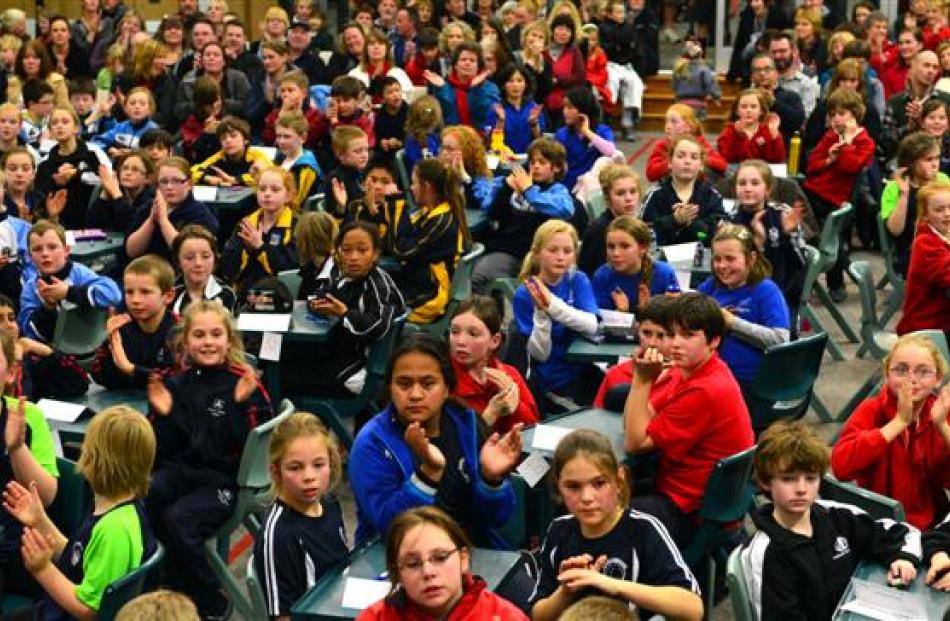 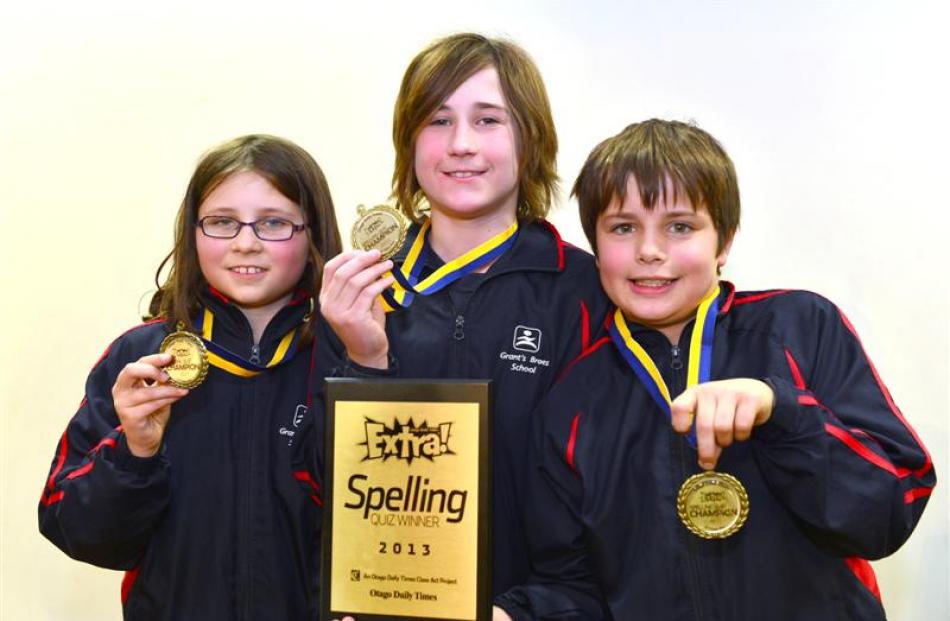 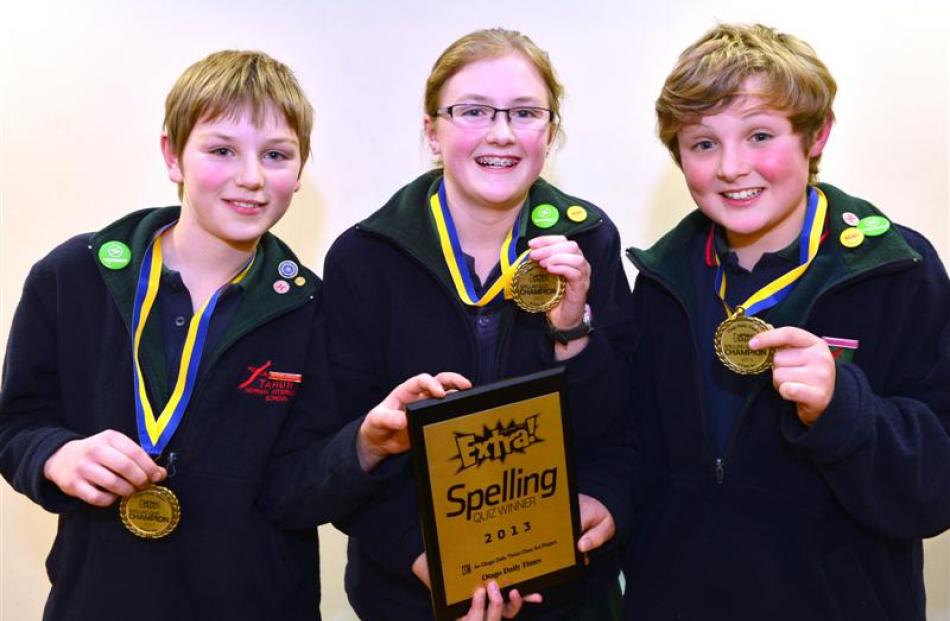 The year 7 and 8 winning team (from left) George Sabonadiere, Ruth Bridgman and Asher Quin (all 12), of Tahuna 4. 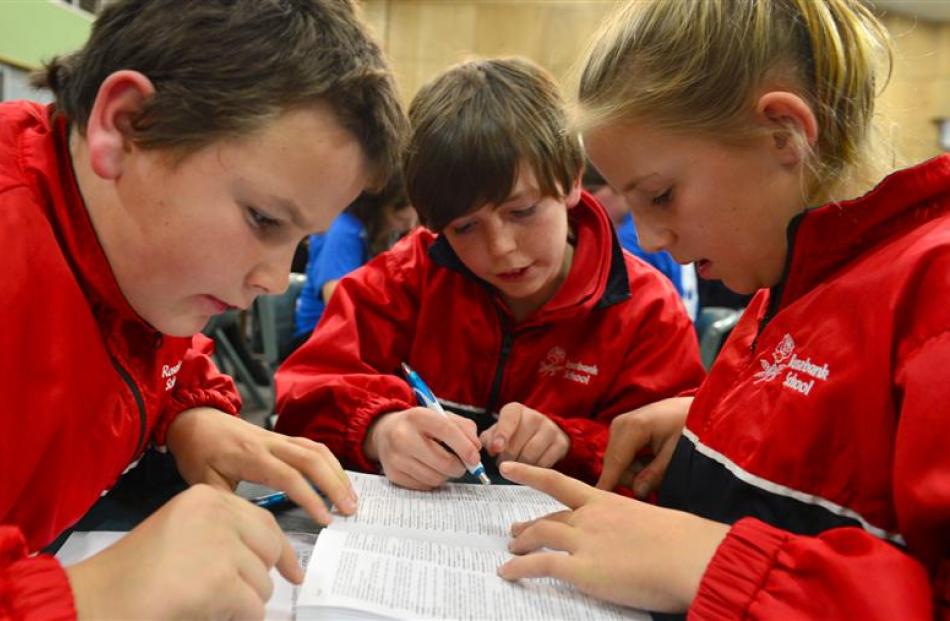 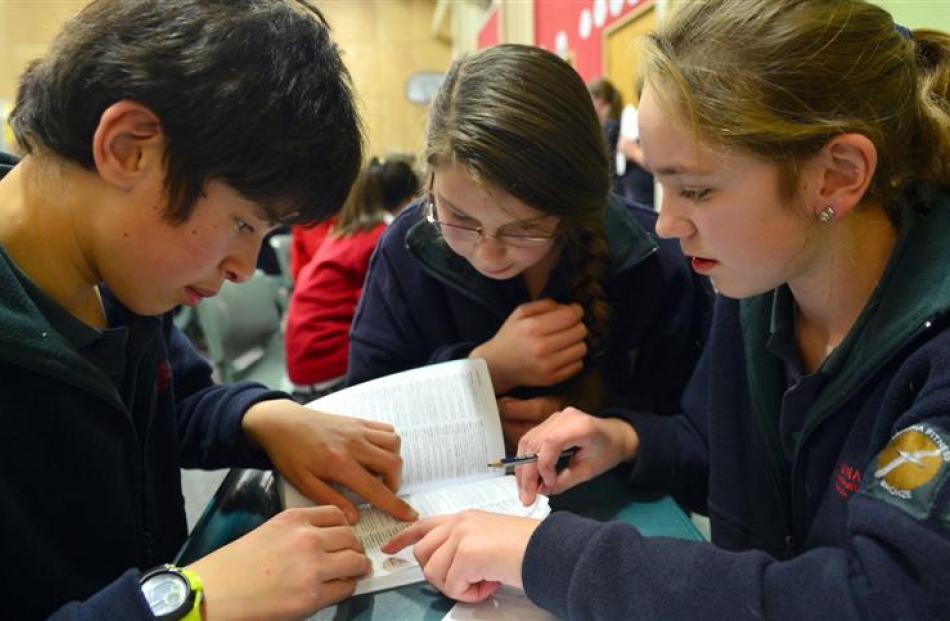 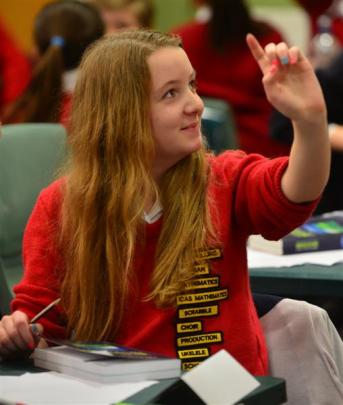 Lucy Pollock (12), of Balmacewen 4, tries to answer a question. 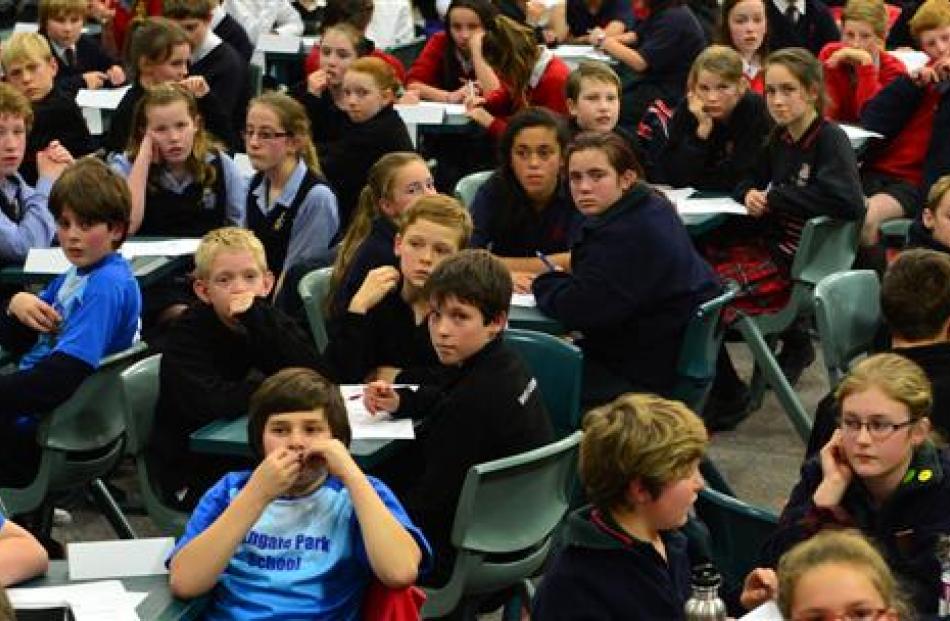 More than 60 teams from 25 Otago schools competed in the year 5 and 6 event.

The only word the team got wrong was ''weather'', team member Gregor Clarkson (10) said, because they were not sure whether it was ''weather, whether or wether''.

Opoho 1 and Columba 3 tied for second, with 98 points, before Opoho claimed second by winning a tie-breaker by spelling the word ''meringue'' correctly.

The pupils were tested on spelling, dictionary skills and their understanding of abbreviations. The 7 and 8 quiz was won by Tahuna 4, with 99 out of 100 questions answered correctly.

John McGlashan College 1 finished second, just one point further back with 98 points, with John McGlashan 3 and 6 and Taieri College tied for third.

The quiz is on in Cromwell next Wednesday and Thursday and in Timaru the following week.

The postponed Canterbury quiz would be held on the first Monday of the third school term, Mr Behrnes said.