Taking the story to the chefs

By Rebecca Fox
0 Comments
Michael Coughlin has always had a soft spot for meat so it is no surprise he has put his name behind a new lamb product making waves nationally. Rebecca Fox reports.

Filling boxes, quality assurance, making up shipping orders, learning about bar codes - it is all new for Dunedin chef Michael Coughlin, who is better known for plating up fine dining dishes.

But Coughlin is revelling in the new experience, which is part of his latest project, Provenance Meat.

So when Provenance Meat's David Crutchley gave him a call asking if he would like to get involved in his new venture, he was happy to listen.

They had met 25 years ago when Coughlin did an ambassador dinner in the shearing shed at Crutchley's Shortlands Station.

"I recalled it because it was such a big community event.''

Michael Coughlin and Pablo Tacchini at work in Cucina’s kitchen preparing for a Beef + Lamb ambassador dinner in Oamaru. PHOTOS: CRAIG BAXTER
So, over coffee one day, Crutchley told him the Provenance story, how he had changed the way he farmed 10 years ago with the aim of making farming more sustainable.

The key was restoring biological processes to the soil, moving away from a reliance on agrichemicals that artificially promoted growth.

"Building living soil that does the growing for you has proved a powerful, natural solution for creating nutritious forage,'' David says.

"The animals are so much healthier, the land so much more productive.'' 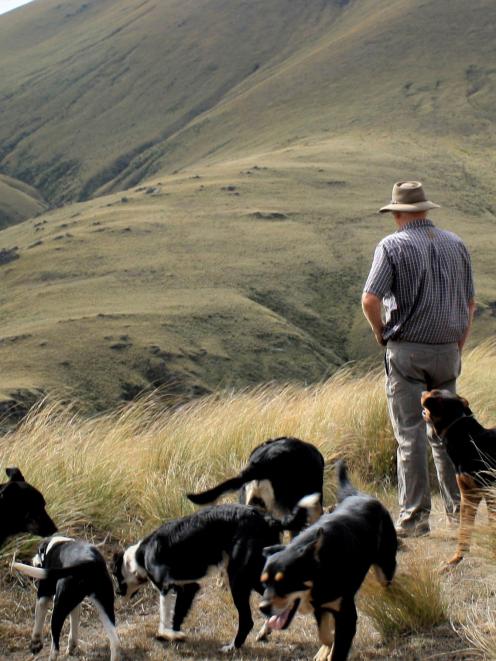 Provenance Meat’s David Crutchley at work on Shortlands Station.PHOTO: SUPPLIED
He asked Coughlin if he could take that story to New Zealand's chefs, as he was not a marketing person.

Coughlin has taken up the challenge, admitting he has struggled sometimes with the time it takes to get a new brand up and running.

"It's been a little frustrating. After 36 years in a kitchen, I'm used to everything being done now.

"David keeps reminding me to calm down, that slow and steady wins the race.''

And he could be right. Recently Provenance won the Outstanding Food Producer Paddock Award. The judges commented that Provenance lamb was "juicy and moist with great flavour''.

"This is the traction, motivation we need. We know it's a great product but what you need is to get other people to endorse it.''

Since the announcement he has had many phone calls from people keen to try the product.

Coughlin knows the "story is just as important as the product'', especially in these times when people are searching out more sustainable, ethical and traceable products. Provenance lamb uses Oritain's patented "farm of origin fingerprint'', which means the trace element profile of the land can be found in the lamb to precisely identify the supply farm.

"There is a generation of chefs out there seeking these products. Chefs have the ability and power to make decisions on who their suppliers are.''

Although in saying that, he believes the story needs to be backed up by a great product.

Michael Coughlin’s lamb dish created for the Beef + Lamb ambassador dinner.
"Chefs have heard it all before. Fads and trends come and go.''

"I stand there and watch every cut.''

The nutrient-rich soil grows pasture on Provenance's two Otago farms that in turn creates lamb meat with a ``softer, creamier fat without the strong flavour to it'', Coughlin says.

"You don't get that lingering strong mutton smell from it.''

Which means it needs to be treated lightly in the cooking process and paired with lighter flavours than usual.

Coughlin believes his decades in the business and working with meat producers give him a good insight into what is quality lamb.

He describes the lamb meat as very pale looking and testing has shown an 18% greater meat to bone ratio.

"It's making efficient use of the lamb.''

Those who have tried cooking the lamb have been positive in their feedback.

People have commented that they "haven't tasted lamb like it in too long'', he says.

Oamaru chef Pablo Tacchini, of Cucina, heard about the lamb from Wanaka chef Lucas Parkinson when they were working together on a collaboration event.

Tacchini was looking for a quality and consistent lamb product like he used to get in his home country of Argentina, so he contacted Coughlin.

"When I heard Michael Coughlin was behind it, I thought it must be good. We got sent some samples and fell in love.''

It is a similar colour, texture and flavour to the meat he cooked in Argentina.

"In the eight months we have been using it we've never had any problems. It's always tender. Amazing.''

He and Coughlin used the lamb in a New Zealand Beef + Lamb ambassador dinner last week featuring the braised shoulder in ravioli, confiting the lamb belly and searing the aged topside.

Coughlin admits Provenance is still a "very small fish'' in the market but they hope to keep growing to meet demand and by developing new cuts able to be used by chefs.

They have just filled their first export order to Hong Kong and hope to soon go into Singapore. Once technical issues are worked out, some cuts will be going into New World supermarkets in Christchurch, Wanaka and Dunedin and they are already selling in small quantities at specialty stores and online.

They are also looking at developing other cuts of meat such as smallgoods and topside, a cut taken from the leg that can be used in similar ways to rump.

However, they are aware they need to ensure that quality keeps pace with growth.

Coughlin is loving the new job and the challenges it brings.

It is four years since he has been in a kitchen full-time and it has taken him a long time to slow down and realise doing a 40-hour week is OK.

"I didn't know how to relax; my fingers were always twitching.''

These days he is happy to provide his expertise to a variety of charity events but tries to avoid long days in the kitchen. 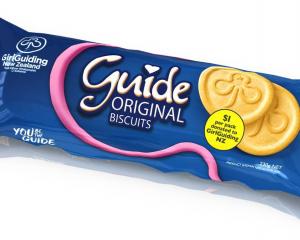 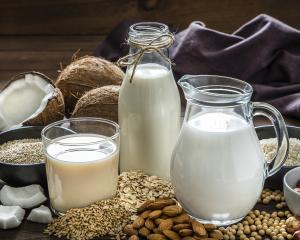