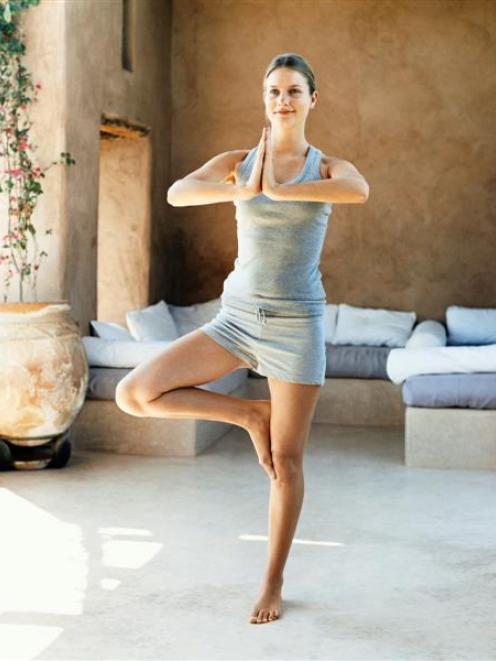 Photo by Getty Images.
It is no secret that yoga helps practitioners stay slim.

A new study explains why: People who engage in the traditional form of exercise are more in tune with their bodies in general, including at meal times.

Mindful eating helps people to stop eating once they are full, even if delicious food remains on their plates.

They try not to let tempting advertisements lure them to food; they avoid eating while they are distracted by a TV show or other diversion; and they do not eat to distract themselves from emotions like stress or sadness.

Researchers at the Fred Hutchinson Cancer Research Centre and the University of Washington in Seattle created a 28-item questionnaire to assess the degree to which people practiced mindful eating.

They passed it around to yoga studios, gyms and weight-loss centres around the Seattle area and got more than 300 people to respond.

They also found that the 40% of respondents who practiced yoga for at least one hour per week had an average BMI of 23.1 (well within the normal range), compared with a BMI of 25.8 (slightly overweight) for those who did not.

The results suggest that yoga should be recommended for people trying to diet through more traditional means, like limiting portion sizes and counting calories, Dr Kristal said.

The mental focus required to hold a difficult yoga pose could also help people avoid "eating more even when the food tastes good" or "eating when you're not hungry," he said in a statement.