All gardens have place in caring for bees 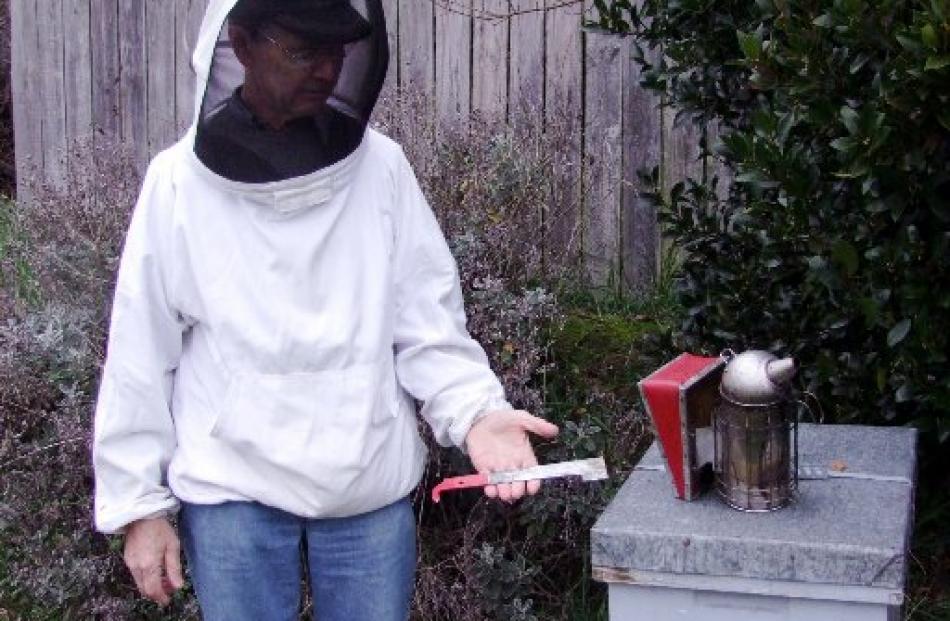 Colin Fitzpatrick models a veil, although he does not usually wear one, and displays a smoker and honey knife used for harvesting honey. Photos by Gillian Vine. 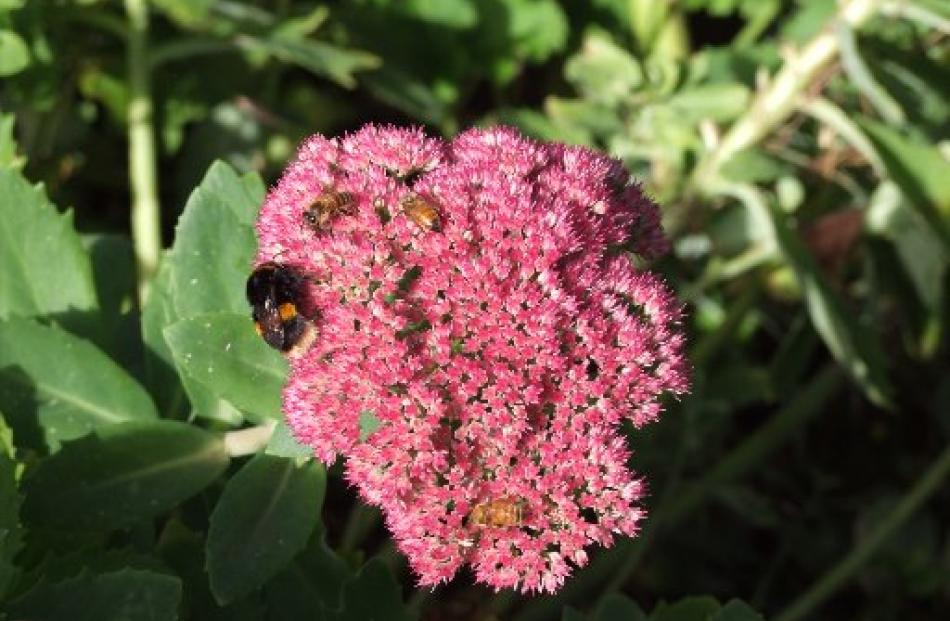 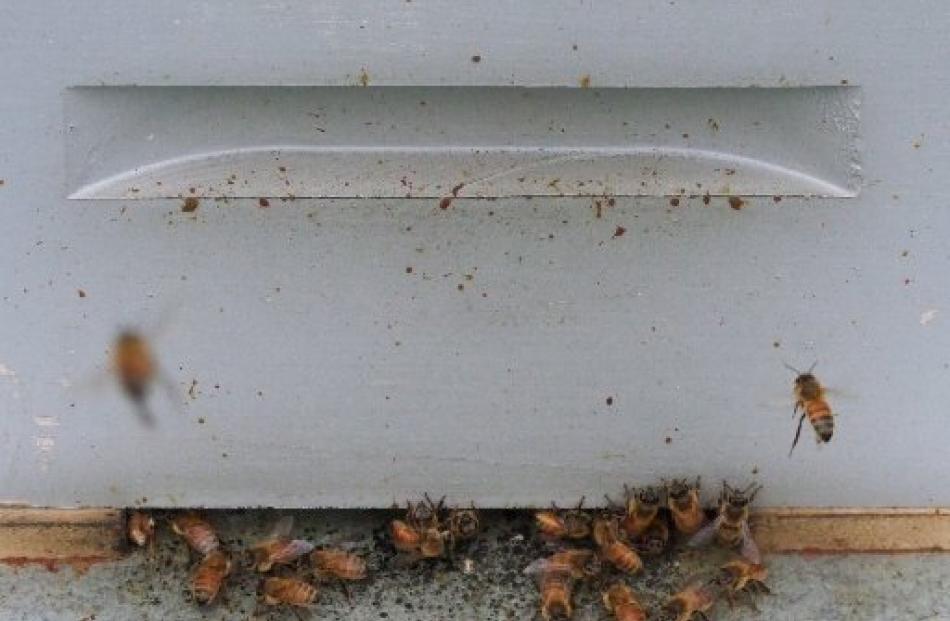 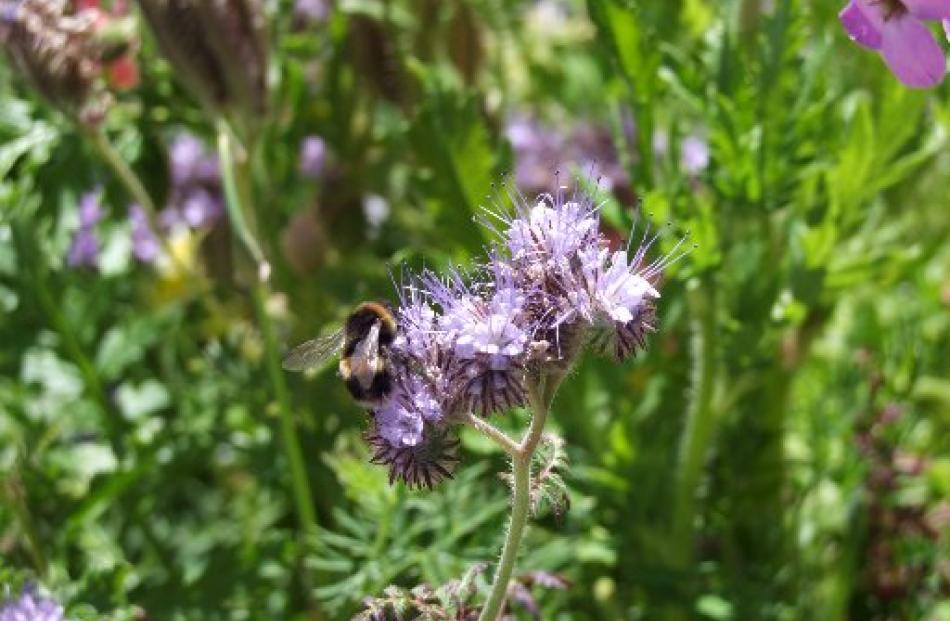 Bees are said to be attracted to blue flowers. 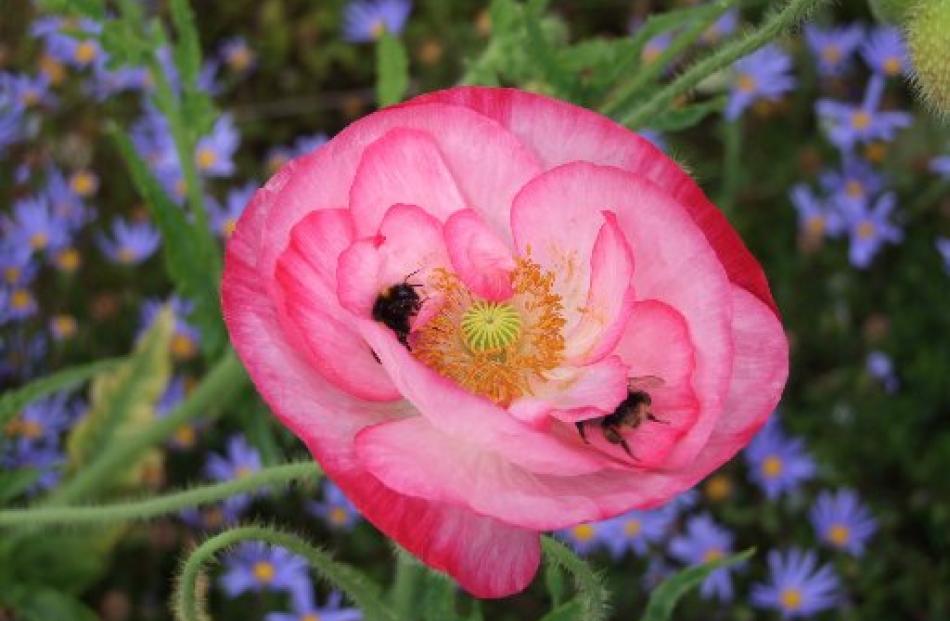 Bumblebees forage in a poppy flower.

Keen hobby apiarist Colin Fitzpatrick, of Dunedin, started beekeeping when he was 14 and his father got him a hive from a local beekeeper, Percival Hillary (Sir Edmund's father).

That started ''a wonderful hobby''.

''Every beekeeper loves his bees. It's magical.''

Apart from when he lived outside New Zealand, Colin has had hives ever since.

As well as having his own bees - 30 hives at one point - for seven years Colin worked in his holidays for the Hillary brothers, Rex and ''Ed''.

''I paid my way through medical school on beekeeping,'' the retired orthopaedic surgeon said.

He recalls with amusement that in those days manuka honey was considered so inferior that it was used to feed the bees while all the clover honey - the paler the better - was harvested and sold.

From his long experience as a beekeeper, he has sound advice for those who like the idea of having their own bees (Apis mellifica).

Before making a commitment, he recommends joining the Dunedin Beekeepers' Club, an organisation of hobby and professional beekeepers, whose activities include field days.

A season spent attending the club's meetings and talking to members will help clarify whether this is your thing. Then there is the cost.

''It's quite expensive,'' Colin said.

He estimates starting from scratch with new equipment and a nucleus (bees, queen, base, box, hive mat and lid) would cost $650 to $700.

A cheaper option is buying secondhand.

''For something like $250, you would get two boxes with bees and old gear [but because of possible disease] you may be buying trouble.''

However, if you decide to buy secondhand, first have the hive checked for any signs of disease by a licensed beekeeper with Disease Elimination Conformity Agreement (Deca) training.

A third option is to have someone else's hive in your garden. The beekeeper does all the work and for an annual fee - about $200 - the gardener gets about 20% of the honey crop, the amount of which will depend on the season.

Fine, warm weather in December and January is likely to give the heaviest crop and Colin said last summer four of his hives in North Otago each yielded 50kg-60kg of honey.

Whichever you choose, every hive has to be registered and inspected at least once a year by a beekeeper who holds a Deca certificate. For a single hive, the cost is about $35 to $40 a year.

It has added another problem - and expense - to beekeeping at all levels but can be treated using an approved substance in the form of an oil, applied using plastic strips suspended in the brood chamber of a hive.

The bees brush against the oil, which kills the mites, with an effective kill rate of as much as 99%. However, as the remaining mites breed quickly, the treatment must be administered twice a year.

More devastating is American foulbrood, as its presence means the bees and equipment have to be burned. A disease first seen in New Zealand in 1877, it virtually wiped out the imported honey bees established 40 years earlier.

That led to the importation of the Italian strains that now are the backbone of New Zealand beekeeping.

Even more important than honey production is the role of bees - whether honey, bumble or the 30 or so native species - in pollination, which makes it vital that the problem of declining bee numbers is addressed.

Increasingly implicated in the decline is the dependence on chemicals and home gardeners are partly to blame.

Many common garden sprays are toxic to bees and other beneficial insects, so before buying a product, check the label and look at making your own milk, soap, rhubarb or garlic sprays. They're lots cheaper, too.

Even if you don't have your own bees, ''bee aware'' of them this month. 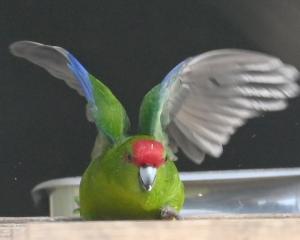