Daughter was their architect 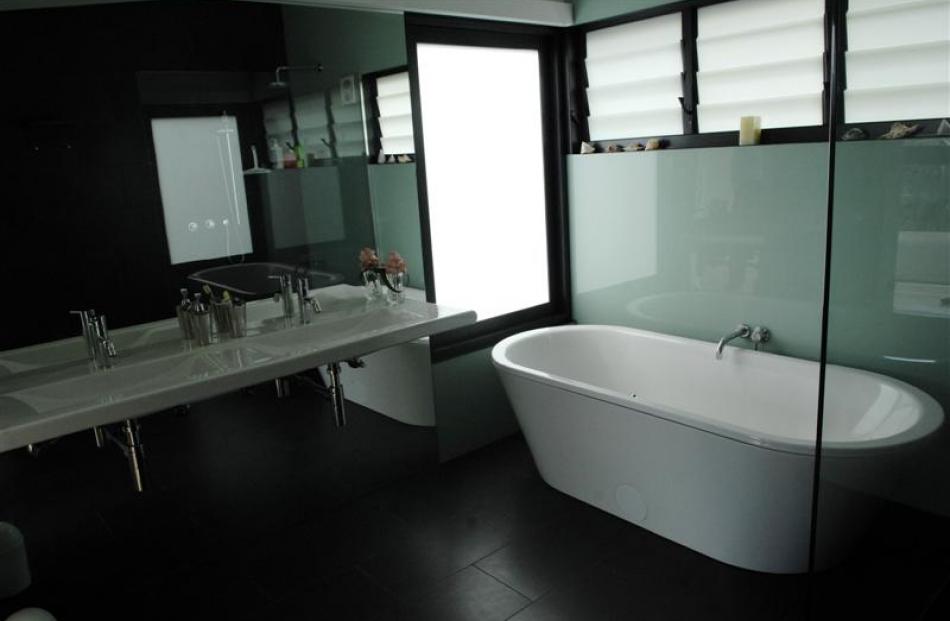 AFTER: The new bathroom. 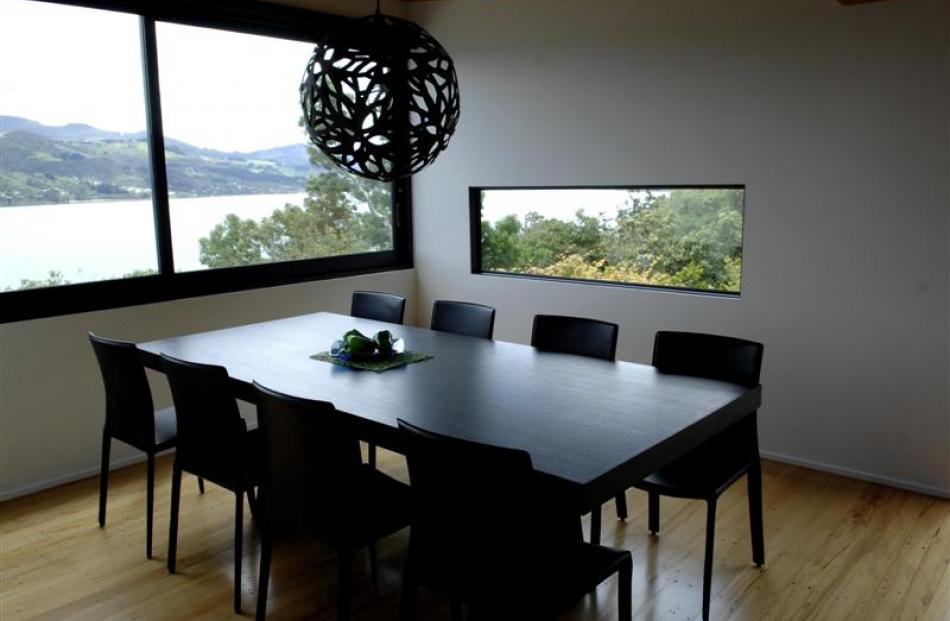 AFTER: The old kitchen area is now the dining area. 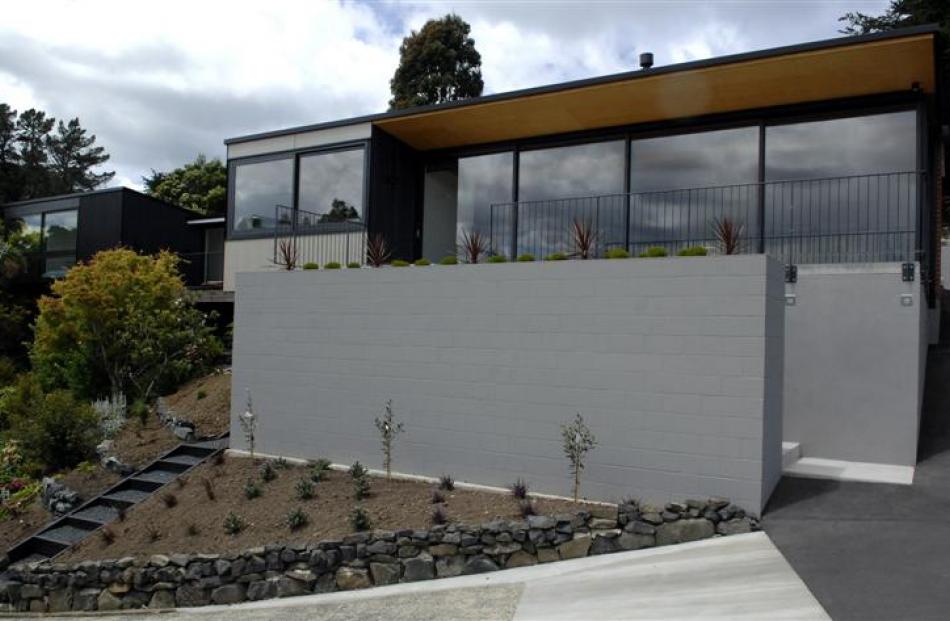 AFTER: The finished product. 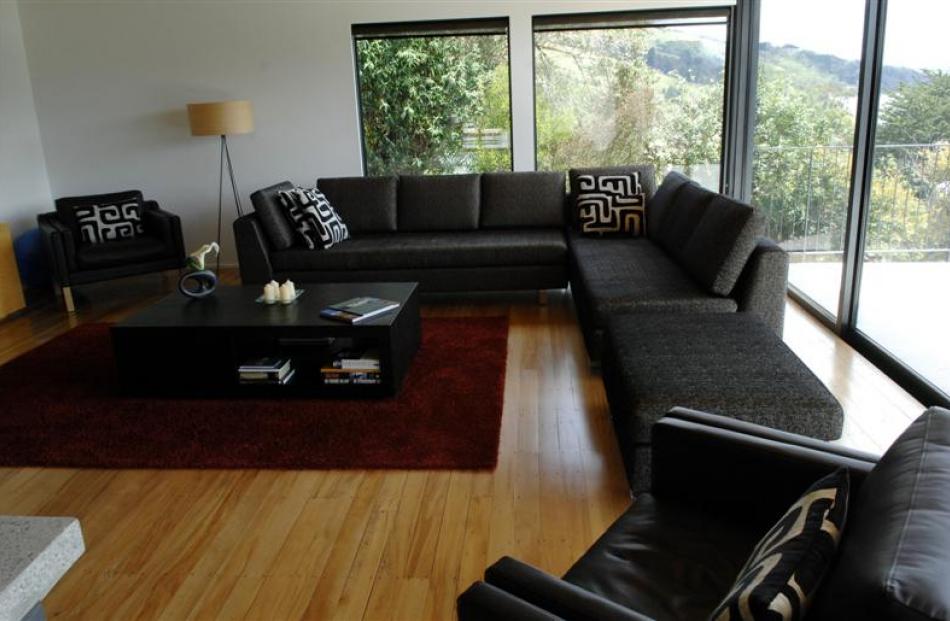 AFTER: A large expanse of glass in the living area allows views up the harbour and back to Dunedin. 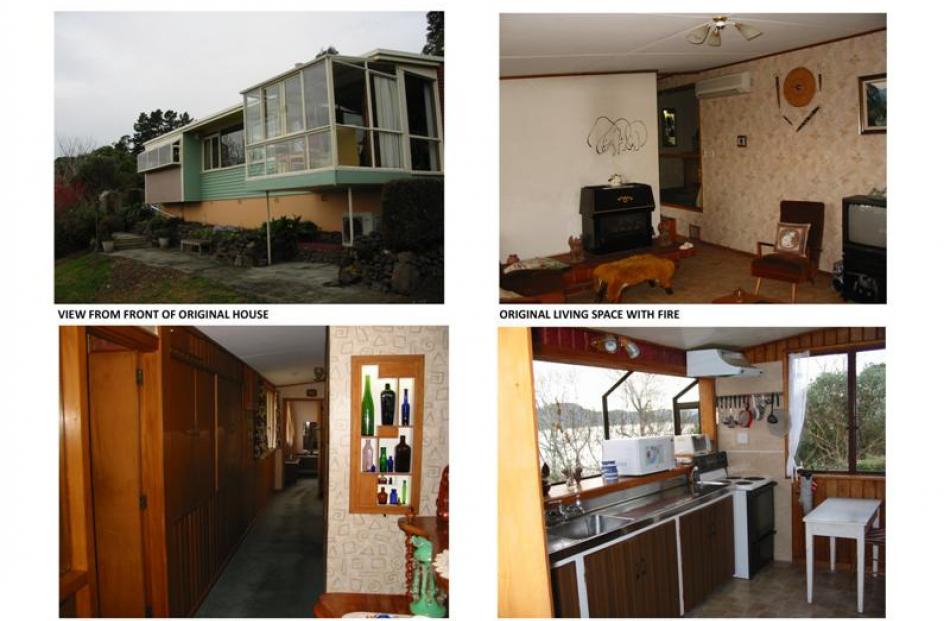 BEFORE: The house in 1957 before the owner boxed out the front windows. The old lounge. The kitchen as it was, with the best view from the sink.

A Dunedin couple decided to keep it in the family when they embarked on an 18-month renovation of their home. Kim Dungey views the results.

Maurice and Deborah Bell have more reason than most to feel proud of their newly-renovated home.

Their architect was daughter Andrea Bell, who won a southern architecture award for the project and whose other successes have included a string of award-winning houses in the North Island.

Designed by Ted McCoy in 1956, the small, one-owner house near Glenfalloch on Otago Peninsula had suffered what some would consider unfortunate additions over the years.

The Bells saw enormous potential in the home when it was offered for sale in 2005, however.

Not only could it be nicely renovated without the need for demolition, it sat on an 1800sq m, bush-clad site with sweeping views of the harbour and the city.

The couple, who have three adult children and one grandchild, wanted to extend and renovate the house so it would take full advantage of the site and cater for visiting friends and family.

This involved enlarging the living areas and adding a new bedroom wing perched over the bush on four slender steel poles.

Andrea Bell, a senior associate at Pete Bossley Architects in Auckland, says a conscious decision was made to retain as much of the original building form as possible.

The original monopitch roof was extended along the rear of the site and where the new building pushes out towards the water, the new roof tilts up to open up to the view.

Existing living areas were pushed out towards the view and reorganised to provide generous living spaces more suited to current living requirements.

Two large glass sliding doors and a fixed panel allow views back to the city.

The owners did not want the space to seem large and empty, so Bell kept the existing brick fireplace, which acts as an organising element in the space, separating but not closing off the living area from the kitchen and dining areas.

Natural light was used to modulate the long, extended hallway so the space would not feel narrow and mean.

Sliding screens of translucent glass, reminiscent of Japanese shoji screens, separate the two guest bedrooms from the hall, providing a soft light to the rooms while maintaining privacy.

Rimu floors and hoop pine ceilings add warmth and texture while darker colours on the steelwork, kitchen cabinetry, fireplace and bathroom tiles connect the interior to the exterior.

Mrs Bell, a registered nurse and volunteer ambulance officer, says she wanted to keep the interior colour scheme "fairly plain but not white" so walls and ceilings are Resene Pearl Lustre.

The project also involved relocating the kitchen and laundry, building a new garage and spanning the old and new parts of the house with a large deck which has a spa pool recessed into it.

Black corrugated cladding was chosen for the new parts of the home, for reasons of cost and maintenance and to contrast with the red brick of the existing house.

Working with their daughter was easy because they have a good relationship and the role she played opened his eyes to the value of having a professional involved, says Mr Bell, a recently retired area manager for the BNZ.

"She was very particular about things. Every pipe had to be concealed.

"There are no overhead lights in the hall. Even the heatpump compressor had to be [hidden]."

Andrea Bell says working at a distance is common for her firm, which has projects throughout New Zealand.

Email and cellphones make communication with clients and contractors easier, although is it still important to make regular site visits every two to three months.

Bell became interested in architecture when she studied art and art history in the fifth form.

She developed an interest in cubism and discovered a book in the school library about the De Stijl movement.

"There was a house in that book called the Schroder House, designed by Dutch architect and furniture designer Gerrit Rietveld, which just blew my mind ... That is where it all started."

Her award-winning houses (see separate panel) have included a three-storey Auckland home built around a pivotal atrium, which won the 2009 Registered Master Builders House of the Year award and was described by one judge as "an absolute masterpiece".

A winner in the residential housing section of the New Zealand Institute of Architects 2009 Southern Architecture Awards, the Dunedin renovation was described by jurors as being respectful of the original architect's design.

Bell had shown a "lightness of touch with a design that was unfussy, clearly defined and liveable".

It also won a Resene colour award, the judges saying the striking black steel provided a no-nonsense contrast to the red brick and weatherboards.

The latter showed at a glance the location of the original walls and contrasted well with the light touch of the white-and-timber interiors.

Maurice and Deborah Bell were lucky enough to be able to rent elsewhere during the 18-month renovation but the latter has another tip for surviving such a refurbishment: "Take lots of deep breaths and don't speak rashly".

The couple like the relaxed feel of the house, the openness which allows it to be flooded with light, and the views of the harbour and hills.

"I love the bush setting coming up to the house," Mr Bell says."And the harbour lights are magic."

• Did a New Zealand certificate in architectural draughting at Christchurch Polytechnic, where she was top student in 1994, before moving to Auckland to begin an architectural degree at Unitec.

• Was top architecture graduate in 1998 and won a competition run by the Australasian Lightweight Structures Association the same year to design the Olympic Games information centre in Sydney.

• Worked part-time at Pete Bossley Architects while at architecture school, then full-time after graduating with honours.

• Is now a senior associate.