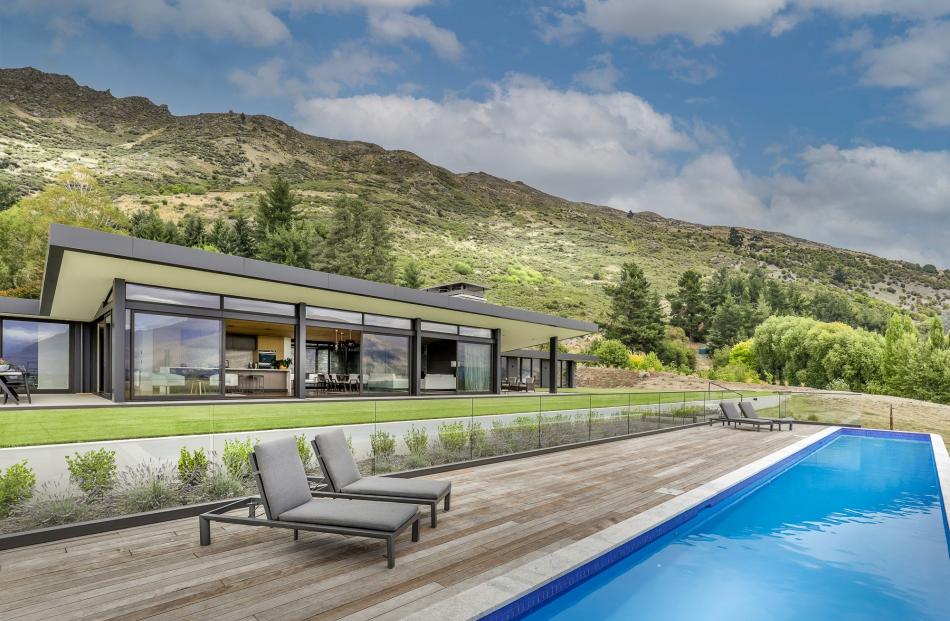 This property near Wanaka has a 20m lap pool which is heated via solar panels on the shed roof. 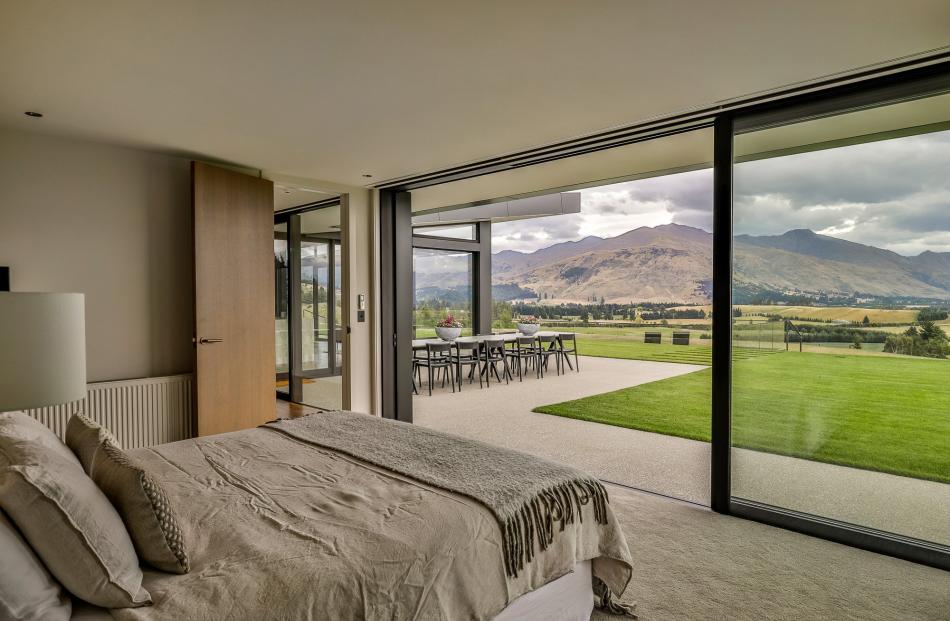 The bedrooms have views of the surrounding landscape. 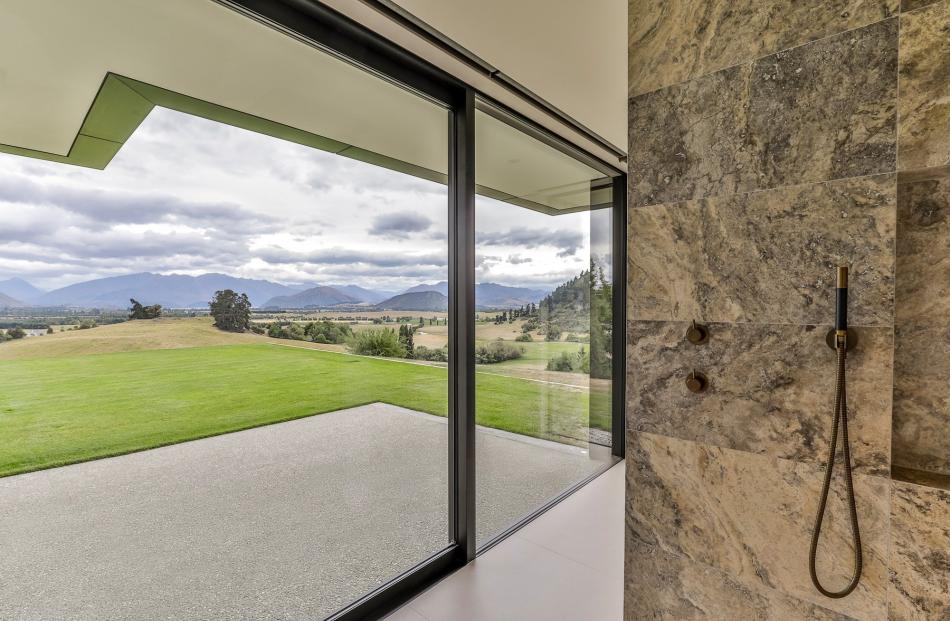 A glass door in the en suite means the owners can enjoy the views while showering. 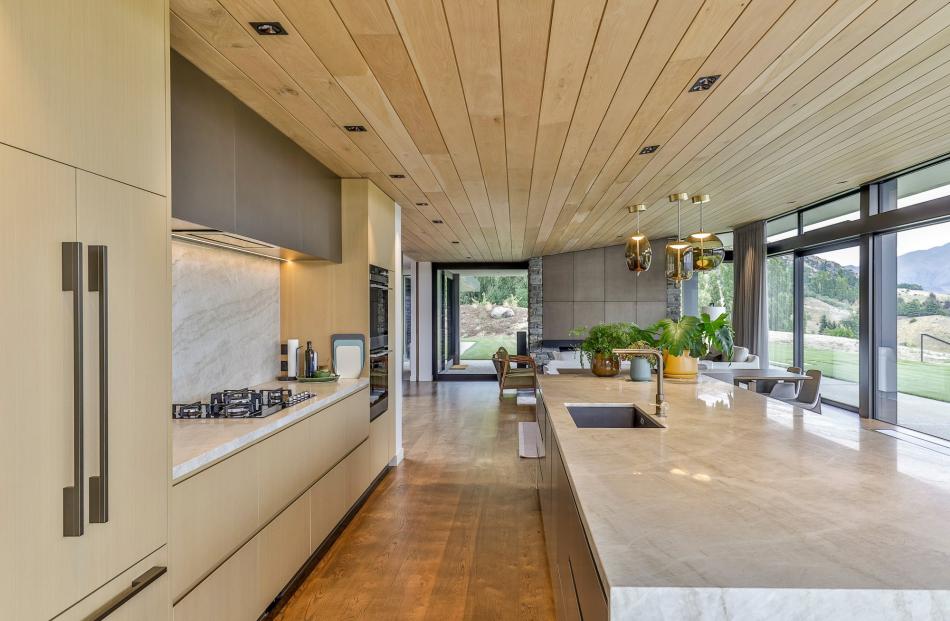 The owners wanted to use earthy colours inside. Floors are European oak and the ceiling is white American oak. PHOTOS: JAMIE COBEL 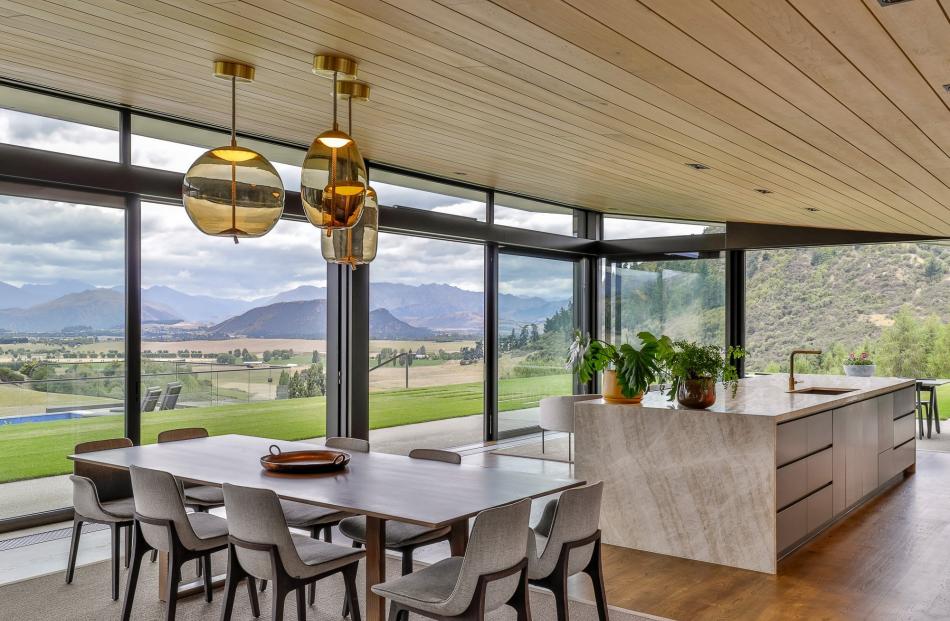 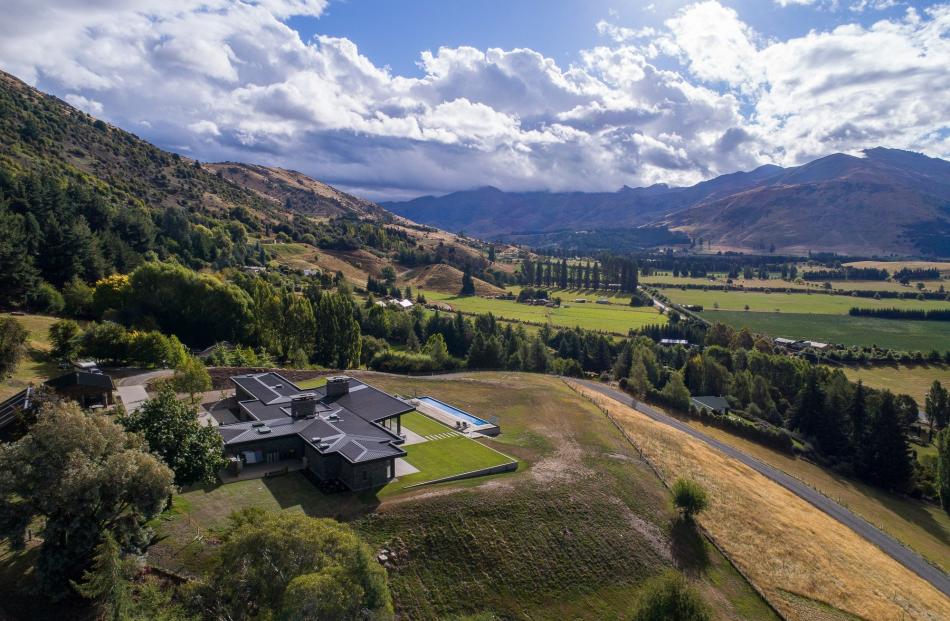 The long, elegant home at Mt Barker captures spectacular views of the Wanaka Basin, yet is also extremely private.

Doing a favour for a neighbour set a Mt Barker couple on an unexpected path. Kim Dungey reports.

Gini Falloon wasn’t looking for a new home when she went to feed her neighbour’s cat.

She and partner Darryl Sherwin were quite happy in the 1980s house south of Wanaka that they had moved into five years before. But going next door to see to the cat while the home’s tenants were on holiday revealed a "magnificent" site that was not only flat and elevated but had views stretching from the Cardrona Valley to Mt Maude.

Within a few months, the couple had tracked the owners down to Nelson, learned they were unlikely to return and bought the property with the intention of demolishing and rebuilding.

"Then we just sat on it because we couldn’t decide what to do," Ms Falloon says. "We knew we wanted a one-level home but we couldn’t get the style in our heads."

That was until she was driving around one day and saw a house designed by Johnston Architects of Christchurch.

Regan Johnston, who spent much of his childhood in Wanaka, came on board as the architect and the building contract went to CDL Building.

The building firm’s work on the project recently earned it two regional awards in the master builders’ house of the year competition — a gold award and a lifestyle award for the outdoor living areas. 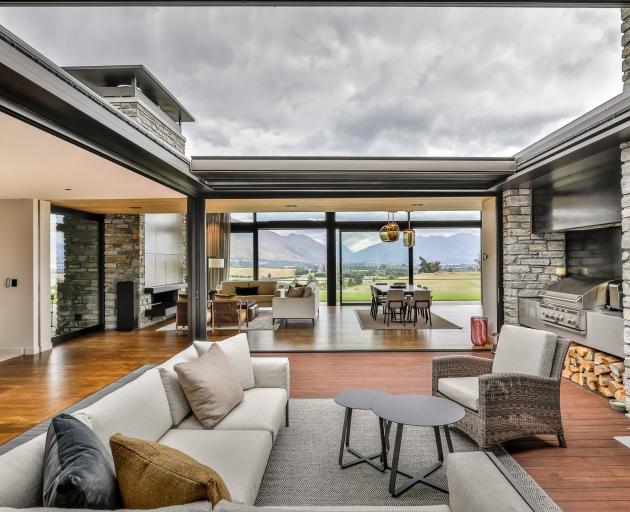 The central courtyard has a retractable louvered roof and glazed doors that slide into hidden recesses to provide a seamless connection to the living room.
Located at the base of the Criffel mountain range, the four-bedroom, 492sqm home frames the site’s spectacular views over the Wanaka Basin.

While the rear is clad in local stone, the northwestern facade is almost entirely transparent with floor-to-ceiling glazed doors opening on to decks that overlook the lawn and lap pool.

"Having lived next door was a big advantage because we knew about the sun and what winds we get," Ms Falloon says, explaining that they wanted to have solar panels and to collect rainwater for the garden. 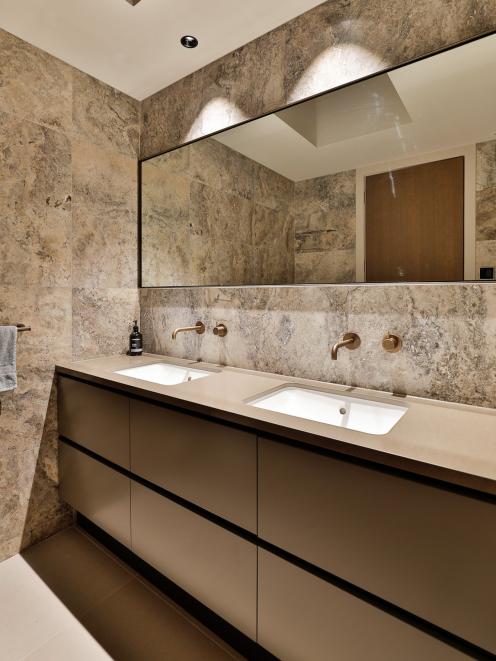 Natural colours feature in the bathrooms.
With five adult children between them, they planned to "future-proof" the property for grandchildren with a guest wing that could be closed off from the rest of the house, Ms Falloon says.

Mr Sherwin, a helicopter pilot, likes to fix things and needed a big shed. They also wanted more than one outdoor area to give them shelter whatever the weather.

Johnston gave them three outdoor options but the one they use most often is the central courtyard with a built-in barbecue and fire. Large glazed doors slide away into hidden recesses, providing a seamless connection with the living room and kitchen. The louvered roof can be closed, or opened up so they see Criffel Range at the back.

The architect delivered everything they wanted and some things they had not thought of, says Ms Falloon, who is taking a break from her profession as a legal secretary. When they first saw the plans, the doors leading outside from every bathroom seemed "a bit over the top", for example. However, without them, anyone using the pool would have had to trudge through the lounge and down the carpeted hall to get to a shower.

While the home was four years in the making, they were not in a hurry and the time spent planning paid off. When they did move on to the site, they spent a year living in a flat in the existing garage and three months demolishing the old house.

Some materials were recycled, including Oregon beams that were made into vegetable planter boxes. 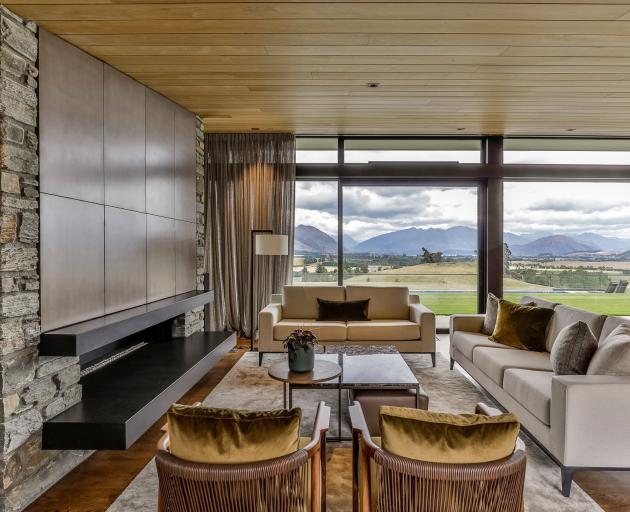 Hinged metal panels above the fireplace hide the television when it is not in use. PHOTOS: JAMIE COBEL
Thirty-six solar panels were added to the shed roof to heat the 20m pool and extend the swimming season; any excess energy is used in the house.

The home is "beautiful" to live in, Ms Falloon says, admitting with a laugh that there are days when she is reluctant to leave.

"Whatever you’re feeling in the day, whether you’re low or high or whatever, there’s a pool to exercise in, landscaping to continue to do, a nook to read a book in.

"You don’t ever feel like you’re getting cabin fever because there’s all these different areas you can be."