At home in its setting 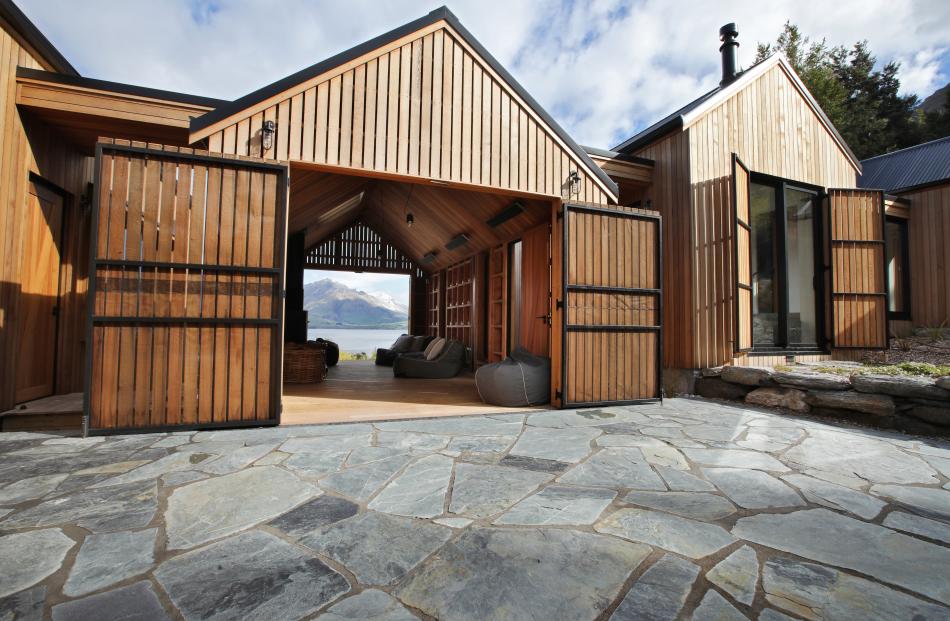 The outdoor room can be opened to the lake in front and to a schist courtyard at the rear. 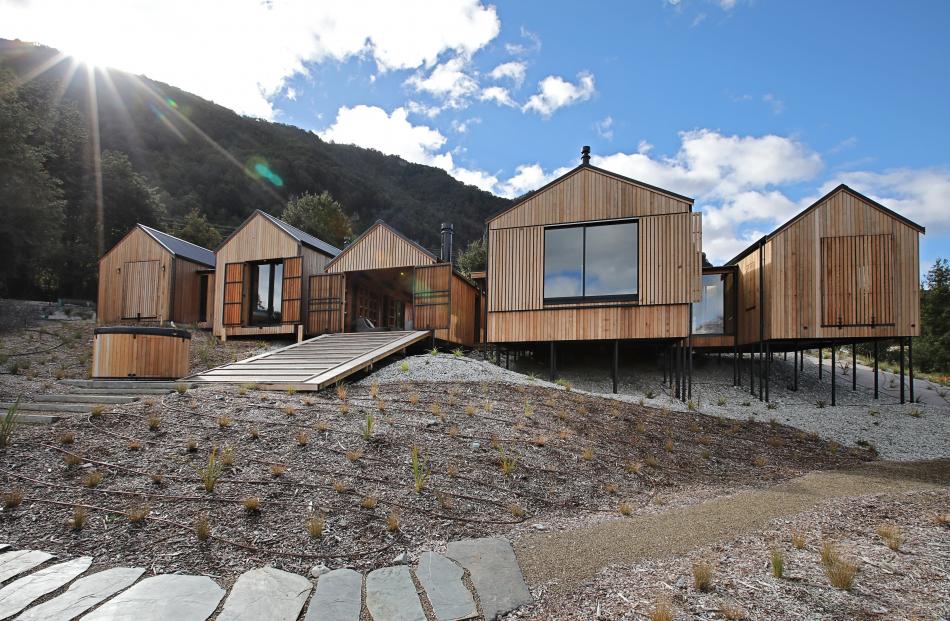 Four thousand native plants will help the property blend into the surrounding landscape. Delays meant the planting happened during an extremely hot November and December, with limited water on site. However, almost all the plants made it through the... 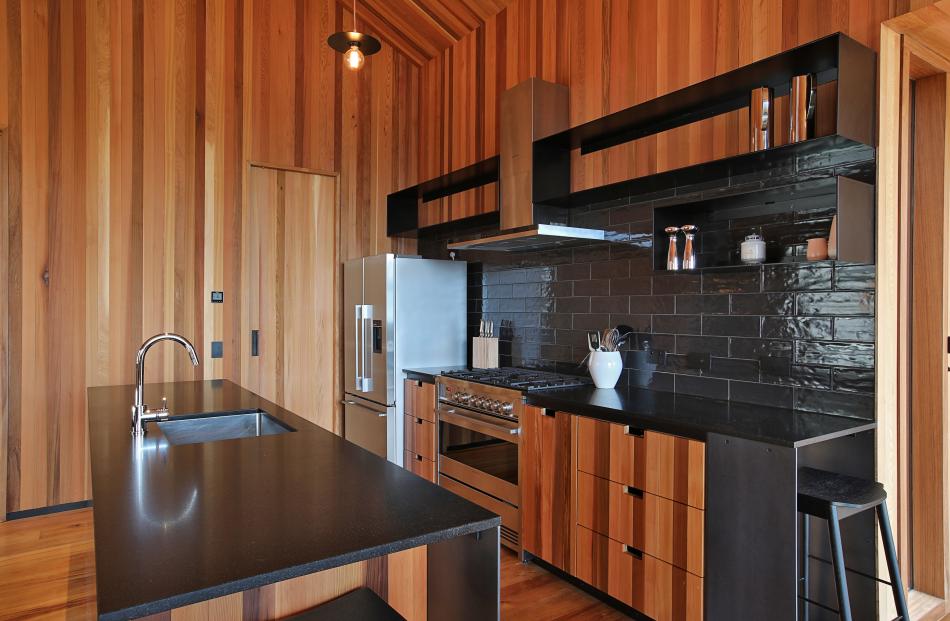 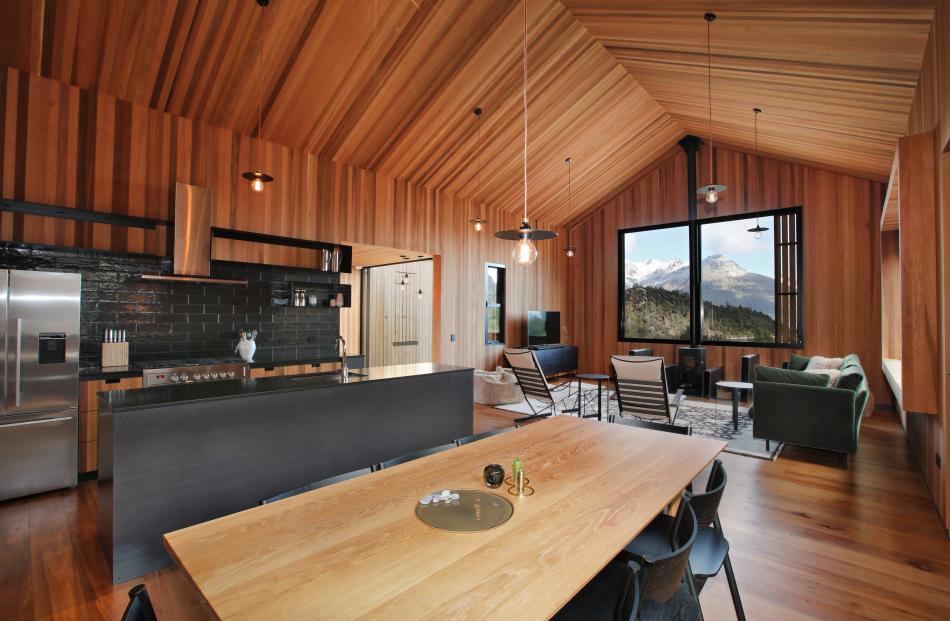 Completing the cedar-lined walls and ceilings was a labour of love for the builders. 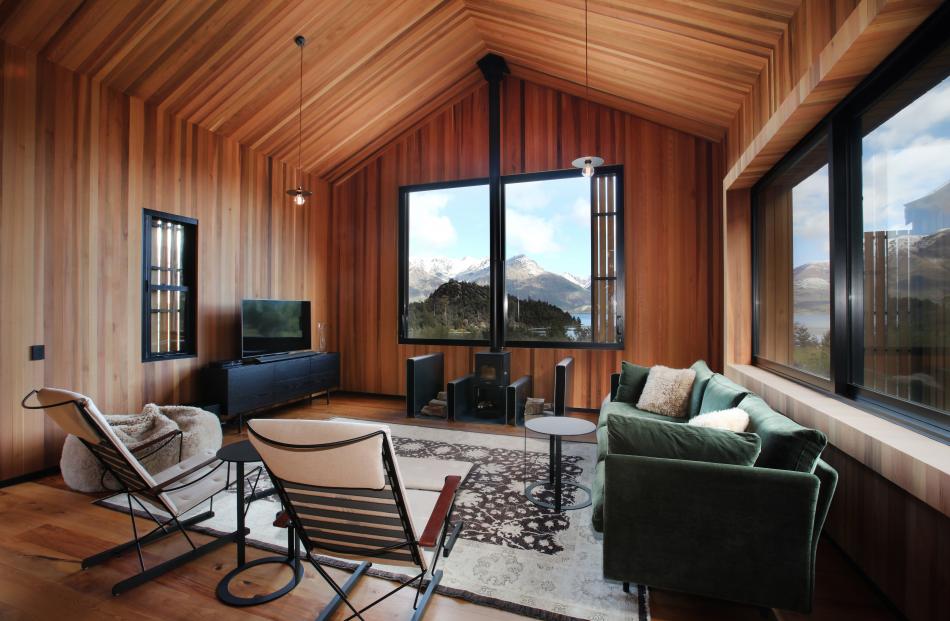 Located on the edge of Lake Wakatipu, this stunning house was designed to replicate a collection of boat sheds.

Each pitch-roofed pavilion has a different function. The largest is the living, kitchen and dining space, with a garage behind. The others contain the master suite, a covered outdoor living area, family sleeping and guest bedrooms.

The owners, who live in Christchurch, asked Richard Naish, of RTA Studio, to arrange the house in a way that would not only work when they holidayed there as a couple, but also give their adult children and guests some independence when they were staying.

That, coupled with the location, drove the design of the home as a series of separate "sheds" linked by a covered breezeway. When the owners are there on their own, two of the pavilions - the kitchen-living area and the master suite - operate like a one-bedroom apartment. 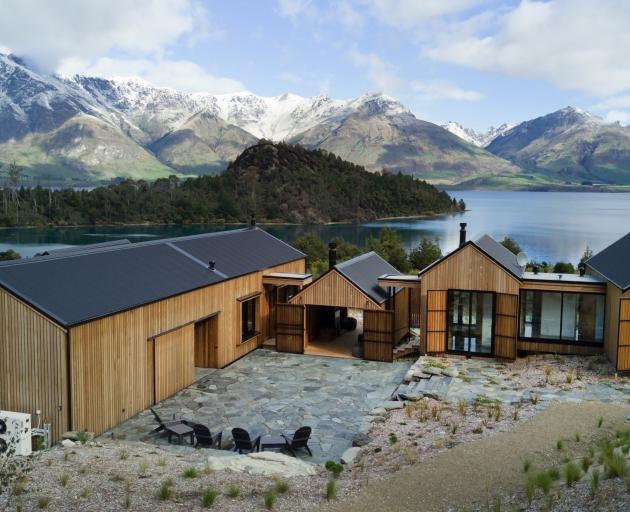 The five pavilions making up this family holiday home are reminiscent of boat sheds. The house overlooks Lake Wakatipu and picturesque Bob's Cove. Photos: Supplied
The outdoor living area in the central "shed" can be opened up to the lake at the front and to a schist courtyard at the rear. Clad in open slatted timber, it is also lined with mesh to keep sandflies at bay in summer. After dark, interior lights shining through the open cladding produce a magical lantern effect.

The suspended timber deck extending down towards the lake is reminiscent of a boat ramp. The addition of 4000 native plants - mostly grasses such as silver tussock and snow tussock but also trees such as red beech and mountain beech - will help the house blend into its surroundings. The landscape plan was drawn up by Wraight and Associates and the planting carried out by Green Therapy.

Green Therapy director Bryce Coulter says most of the plants came from the Home Creek Nursery in Manapouri, which sourced a lot of seed from the Wakatipu basin. Feature plants, such as native broom and tree daisy, came from Bob's Cove local Jeff Wilson, who had done a lot of work on native bush regeneration around Wakatipu and also helped build the house.

While underfloor heating is the main source of heat in winter, the living area, outdoor room and bedroom wing also have fires. 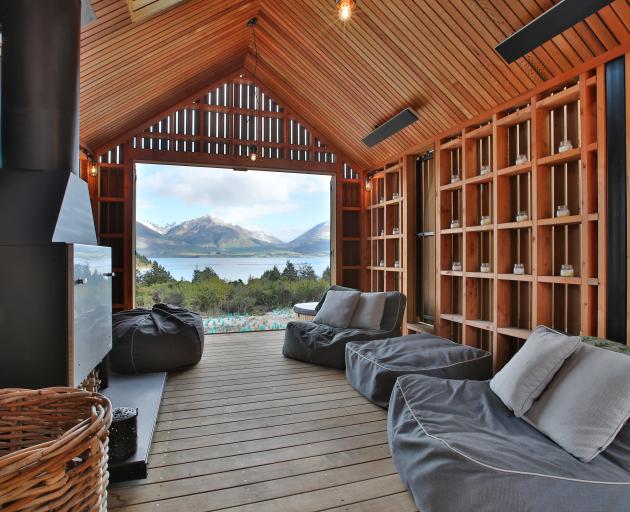 Panel heaters, a free-standing wood-burner and casual furniture are key features of the outdoor living area.
The build earned project management and construction company Triple Star Management a gold award for homes over $2 million in the Master Builders' southern region house of the year competition. The company employs more than 40 site-based workers, including foremen, carpenters and hammer-hands, and has 11 staff in its Queenstown office.

Project manager Paul ter Haar says it was great to get recognition for what was a challenging 14-month build. Natural springs running through the Bob's Cove site required an extensive subsoil drainage system, two of the "sheds" were on a suspended slab, and there was a "deceiving" amount of detail in the interior fit-out.

In the main living area, the 65mm wide by 10mm thick cedar planks for the walls and ceiling went up "board by board" over a few months: "The whole inside of that part of the house, we referred to as a big interior joinery project because a lot of detail and a lot of time went into it to get it perfect."

Another factor was the climate - for two to three months in winter, the site did not see any sun and for weeks, temperatures did not rise above 5degC: "It was hard yakka for the guys out there so full credit to them."

Naish, like the owners and builders, is happy with the end result.

"Really we were just trying to produce a building that felt at home in the landscape and appropriate in the context of the lakefront and I think we've done that," he said.