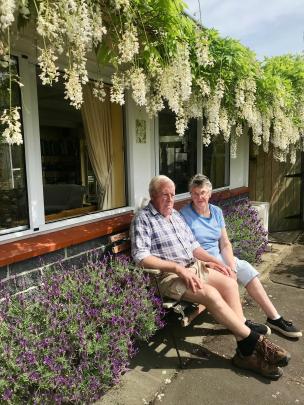 Myra and Richard Wells, of Abbotsford, under their white wisteria. Photo: Gillian Vine 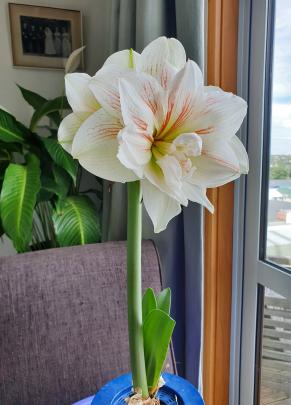 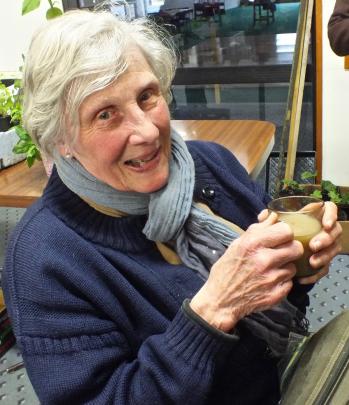 Elizabeth Whitcombe was the winner of the Dunedin Vegetable Growers' Club's Spud in a bucket contest. Photo: Gillian Vine 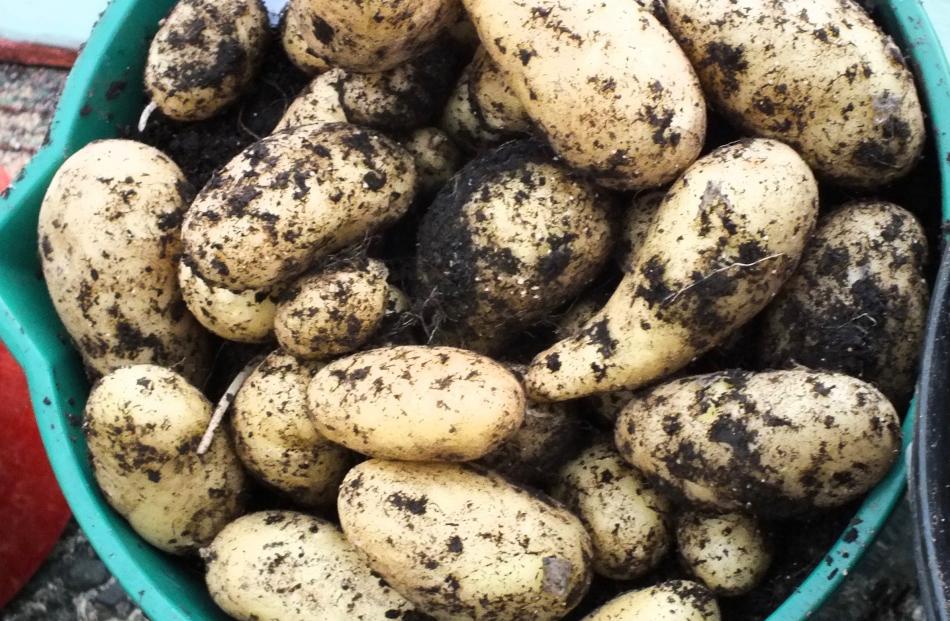 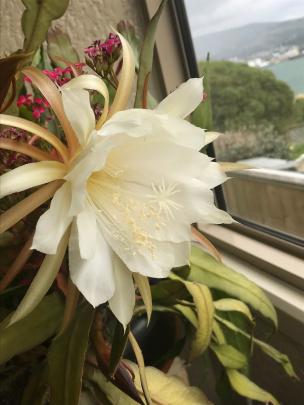 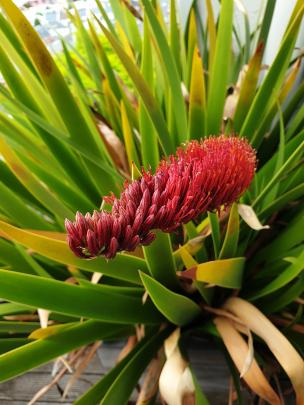 The erratic spring weather seems to have suited many plants, writes Gillian Vine.

Gardeners may not have been happy with November’s very wet conditions and the erratic weather this month but plants appeared to have reacted differently.

Growers of roses report a good season, while in the edible garden, a bumper crop of gooseberries and currants brings a smile to jam makers and pie lovers.

If the lineup at the Dunedin Vegetable Growers’ Club’s Spud in a Bucket was anything to go by, new potatoes are coming along beautifully. Earlier this month, when DVGC judges tipped out the buckets of Lisette members had grown, the array from some two dozen enthusiasts was mouth-watering.

In the end, the winner — for the second year in a row — was Elizabeth Whitcombe, whose 10-litre bucket yielded the heaviest crop and also the single largest potato.

Richard and Myra Wells, of Abbotsford, were absolutely thrilled with the performance of their large wisteria, which runs around two sides of their house. 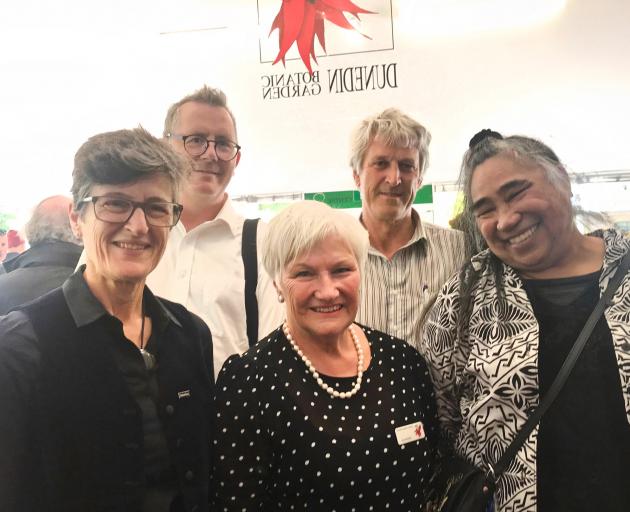 At a function to thanks Friends of the Dunedin Botanic Garden and DBG staff were (from left) chief executive Sue Bidrose, parks and recreation manager Robert West, Friends president Sue Lambie, botanic gardener team leader Alan Matchett and Cr Marie Laufiso. Photo: Gillian Vine
The wet didn’t suit a grapevine in their garden, though, as it died, probably from root rot.

Looking up higher, to the roof of Dunedin’s Hayward College, head of college Pauline Donovan’s garden of potted plants has been full of colour. Most impressive this season has been her Poor Knights lily (Xeronema callistemon). Not always easy to cultivate, especially this far south, the frost-tender native has put on a stunning show of long, bottlebrush-like flowers.

Indoors, Pauline had another success with a superb hippeastrum, Amaryllis Nymph. Frost-tender South American bulbs, hippeastrums have spectacular flowers, especially the newer cultivars such as Nymph.

If you get given a hippeastrum for Christmas, save any "pups" from around the mother bulb, as they will form flowering bulbs in about three to five years’ time.

Another stunning indoor success was that of a Vauxhall reader, who did not wish to be named. Each of her two Epiphyllum oxypetalum cacti had 50 or more blooms. As she said, it was "absolutely incredible", as this cactus, commonly called Queen of the Night, has the reputation of flowering rarely.

And where would our public gardens be without volunteers? A recent function at the Dunedin Botanic Garden celebrated the role of Friends of the DBG. Guest speaker, Dunedin City Councillor Marie Laufiso, thanked all those who helped keep the garden in top condition.

The combination of the work of staff and volunteers had seen the DBG retain its six-star status with the NZ Gardens Trust, its highest ranking, Cr Laufiso said, and she congratulated all who helped make this happen.

This is my final gardening feature for the year. Inside Out resumes on January 17, 2020. I wish all readers a blessed Christmas and bright, happy New Year.