Paradise in a hot climate 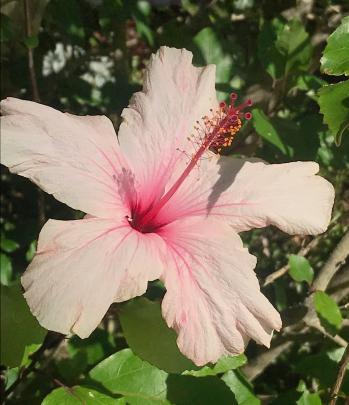 One of two hibiscus planted more than 45 years ago. Photos: Gillian Vine 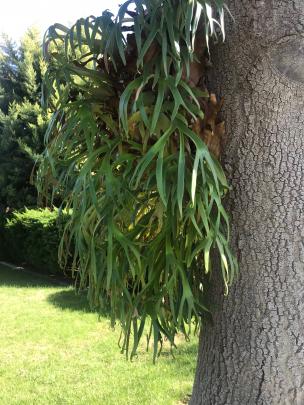 A stagfern (Platycerium) on the claret ash. 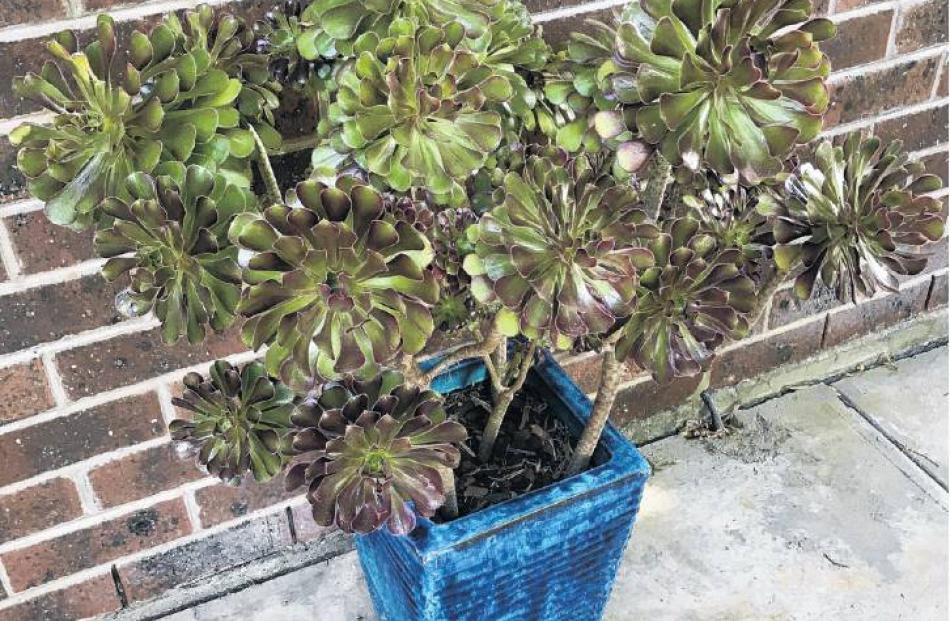 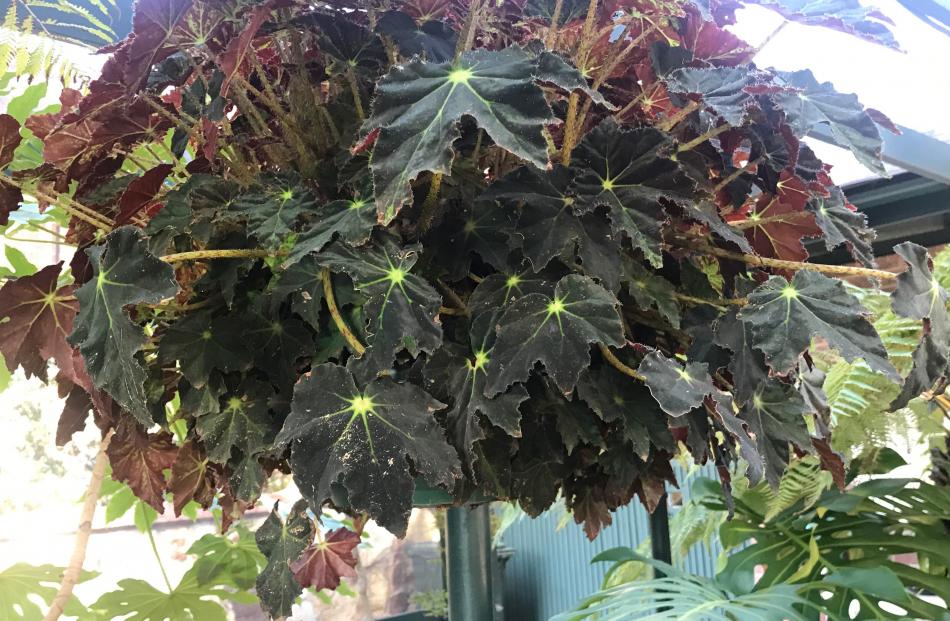 This begonia has survived for decades in its original hanging basket.

How times have changed. 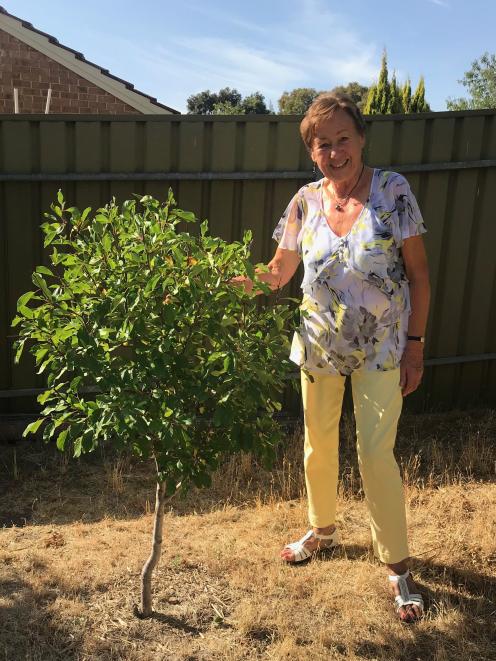 Ilse Nienhaus with her pride and joy, a prune tree. Photos: Gillian Vine
When Ilse and Klaus Nienhaus built their house, water was not an issue. Now it's a huge part of every Adelaide gardener's budget, as every litre has to be paid for and Ilse saves every drop she can to use in the garden.

Born in Germany, Ilse moved to South Australia as a youngster, married fellow migrant Klaus and the couple lived in Adelaide, building their first house there.

Ilse's parents returned to Germany and she missed them so much, she and Klaus followed. But Australia tugged them back and in 1973 they returned to Adelaide and built a new home not very far from their first house.

"When we bought this place, it was covered with Salvation Jane, nothing else," Ilse said.

The couple built a house on the site and started planting the section.

"When we started this garden 46 years ago, we wanted to create our own little paradise with lovely plants and fern trees," Ilse said.

"I grew lots of plants from cuttings and swapped with friends, as most of my friends are gardeners." 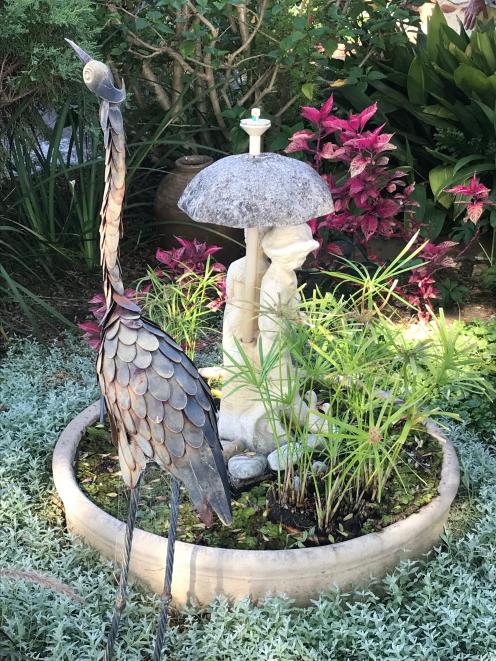 This fountain once stood in the centre of a goldfish pond, but has become a standalone feature.
Among those first plantings were two pine trees and a claret ash, with other plants the couple liked being added over time.

Survivors from back then are surprisingly numerous, including four tree ferns, two hibiscus, a begonia in a hanging basket and the claret ash.

The ash is South Australian, originating from a seedling of European ash (Fraxinus angustifolia) found in the Mount Lofty Ranges about 1910. The Nienhaus specimen has been well-maintained by professional aborists over the years and now has an impressive stagfern (Platycerium) on its trunk.

"It's a blessing because it gives me beautiful shade in summer," Ilse said.

The pines have gone, though - "We had to cut them down because they grew too big" - and so, too, has the goldfish pond Klaus made.

"We had a big fish pond at the start, with over 100 goldfish, many of them unusual kinds, and Klaus filled it with water lilies. But the ash leaves killed the fish, so it's now filled in."

Hydrangeas, that were "great in Germany", struggle in Adelaide but Aeonium arboreum Schwarzkopf has proved a useful plant as have the low-maintenance conifers that fill the sunbaked area along the street frontage, especially now Ilse does all the gardening.

A mature olive has proved disappointing, producing lots of fruit that is "mostly stone and skin".

However, a prune tree is Ilse's pride and joy.

By the end of February, the tomatoes are over but capsicums are thriving, protected by old umbrellas to prevent the fruit getting sunburnt.

Otherwise, the vegetable garden looks sparse as Adelaide's broiling heat - 46degC on February's hottest day this year - defeats many summer crops. Instead, Ilse has changed her vegetable-garden approach, saying: "I have decided not to grow anything in summer."

Instead, she now concentrates on winter and spring crops, including leeks, onions, broccoli and lettuce.

Despite growing less in the hot months, Ilse says summer holidays are not an option because so much might die without regular watering. As it is, groundcover ferns are "burnt, burnt, burnt" by late summer and the tree ferns have to be watered daily.

With hindsight, she says she might have done things a little differently - for example, not growing hydrangeas - but believes that overall she has attained her small piece of paradise.