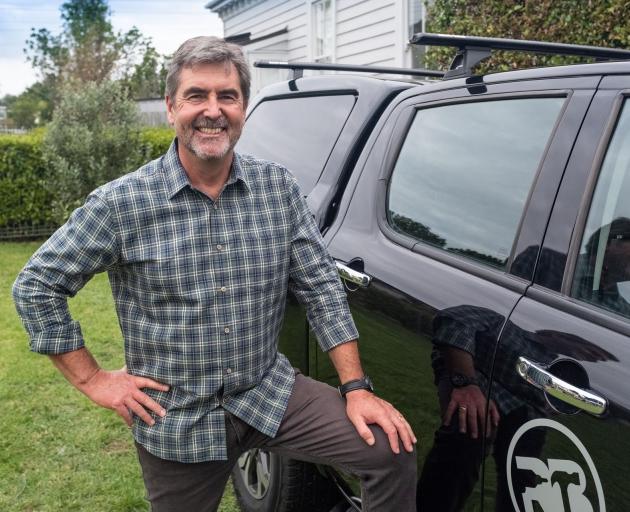 Peter Wolfkamp wants New Zealanders to be more critical about housing and better informed when it comes time to build or renovate. Photo: Supplied
Applying science to building will give us better performing houses, says Peter Wolfkamp. He talks to Kim Dungey.

A guest at this weekend's Home & Living Show in Dunedin, Wolfkamp says the vast majority of our houses are damp, draughty, poorly insulated or energy inefficient and New Zealanders are starting to recognise the negative effects this is having on their health.

As an example, he describes being approached at a recent seminar by a couple planning a new build. Although their budget would have stretched to a 250sq m home, they decided to build a 200sq m home with better glazing, more insulation, energy-efficient heating and lighting, and a ventilation system with a heat exchanger. Their energy costs would be lower and their ability to heat the house, higher.

"Knowing they had a budget, they were cutting back on the size to increase the quality. That's not a discussion I might have had with a client when I started building over 30 years ago ... and what's encouraging for me is I'm starting to have those discussions with people all the time."

While there are now many examples of better performing houses that people can look to, there are also countless properties where condensation drips down the inside walls, and mould and rot grow inside, he says.

Pulling down all poor quality housing is uneconomic so homeowners need to address three key issues.

"Imagine a warm, dry, comfortable house as a three-legged stool and the three legs are heating, ventilation and insulation. Take one of those legs away and it will fall over.

"Getting a house up to a standard where it can be 18 degrees inside is really important. Anything less than that is damaging your health."

"It's even about learning to run our houses well. Houses don't come with an operating manual so it's simple things like if you've got north-facing windows and you're able to get solar gain during the day, rather than wait until it's dark and cold outside, draw the curtains earlier. That traps that heat inside. Little incremental changes can make a difference ..."

Getting on to the property ladder is more difficult than it was in the past but prefabrication promises efficiencies, he says.

"I also think we're going to have to say ... `If we want to provide lots of houses for young New Zealanders to get into, most likely they're going to look similar to each other'."

"If you look back at times when housing was more affordable, often the choice was a little bit limited ... Then through the 1970s, '80s and '90s, we got into a habit where people would go to their architect. They'd come up with an individual design, then as a builder I'd build them a bespoke house [designed] just for them. That's really cool but it can't be efficient."

Site foreman on The Block NZ for all eight seasons, Wolfkamp says the DIY television series is an unusual place to work but he enjoys the challenge.

His first job was as a youth worker for the Catholic church; he toyed with the idea of becoming a priest but instead got a building apprenticeship with a friend's father, a Dutch immigrant like his parents.

At 21, he started doing talkback on NewstalkZB and he now hosts his own show, The Resident Builder, on Sunday mornings.

"If I had a dollar for every time someone's asked me about squeaky floorboards, I'd be doing quite well," he says, laughing. "But increasingly I'm excited about people doing their research and having a depth of knowledge around building science that I wouldn't have seen 20 or 30 years ago."

Home is a restored Devonport villa, which he shares with his wife and 12-year-old son. He is also renovating another old house but wonders if New Zealand is getting to the point where it's DIY culture might not continue.

"You could probably make an argument to say less and less people are wanting to get their hands dirty or have the skills or are inclined to invest in the equipment and machinery [needed]."

Renovation costs can often blow out and at a certain point, people weigh up whether to "renovate or detonate".

"Do I really want to put all this effort and all of this money into a property and still end up with some compromises - as our housing stock ages, more and more people are going to have to ask that question."

Many renovations are done with a view to improving a building's aesthetic appeal rather than its performance, he adds.

"Sure, you can have fun with colour and decoration and all those sorts of things. They're all really important. But I feel that sometimes so much of the discussion is around that area, that we're neglecting the basics."

"I'm all for the bright and shiny stuff ... but I also want us to look beyond the surface."

Peter Wolfkamp will be on the Southern Hospitality main stage at the Home & Living Show twice on Sunday. At 12.15pm, he will talk about the seven steps to a healthy home. At 2.30pm, he will answer DIY questions. The show is at Forsyth Barr Stadium from 9.30am to 5pm tomorrow and from 9.30am to 4pm on Sunday.

‘‘If you want to build a better house than just the bare legal minimum, you have to do the research,’’ Peter Wolfkamp says. He suggests visiting the following websites: www.branz.co.nz — Building Research Association of New Zealand www.eeca.govt.nz — Energy Efficiency and Conservation Authority www.nzgbc.org.nz/homestar — A rating tool run by the New Zealand Green Building Council www.homefit.org.nz — Created by the Green Building Council to help people understand how healthy their homes are and to support them to make changes www.superhome.co.nz — A movement to build healthier, more energy efficient homes www.ecobob.co.nz — Sustainable and eco-friendly living www.homestylegreen.com — Run by sustainable housing expert Matthew Cutler-Welsh