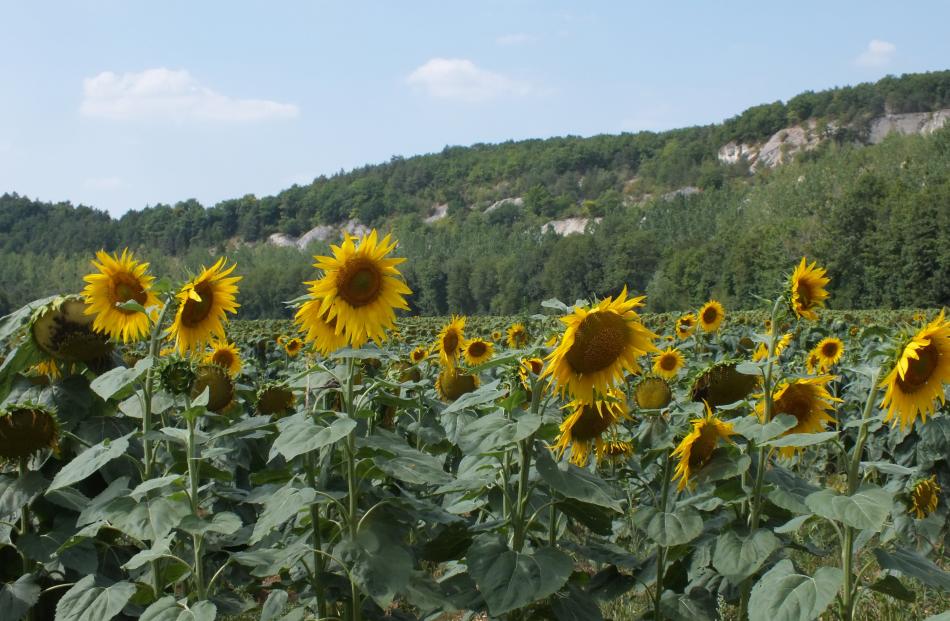 A field of sunflowers in France. PHOTOS: GILLIAN VINE 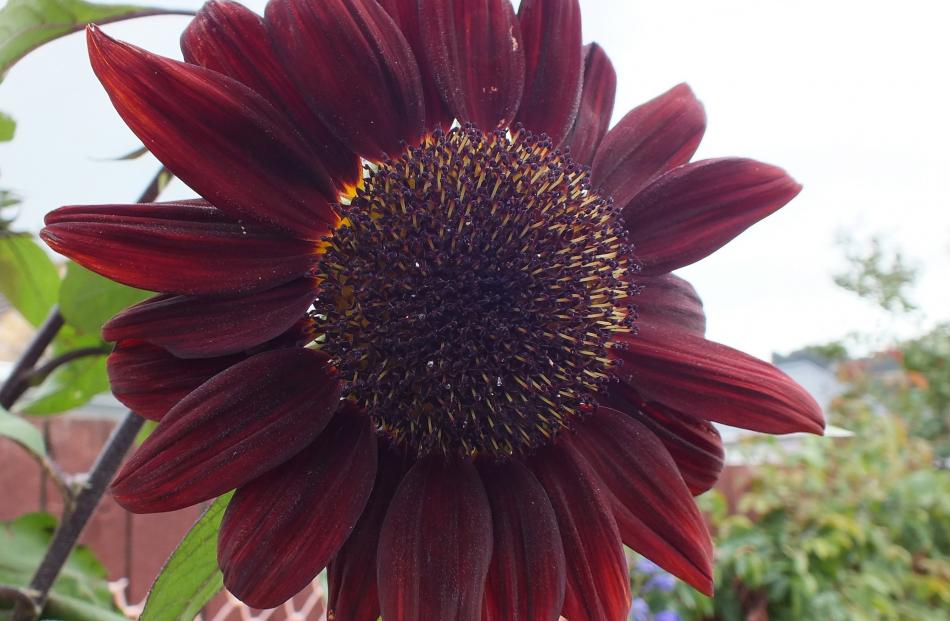 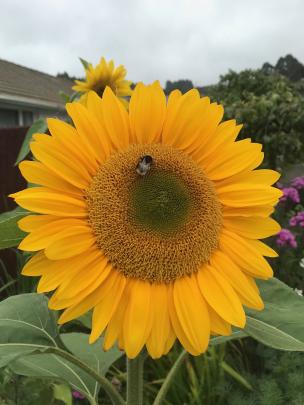 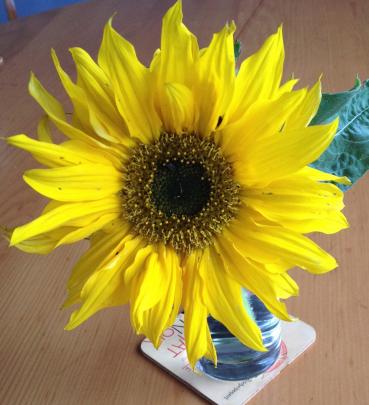 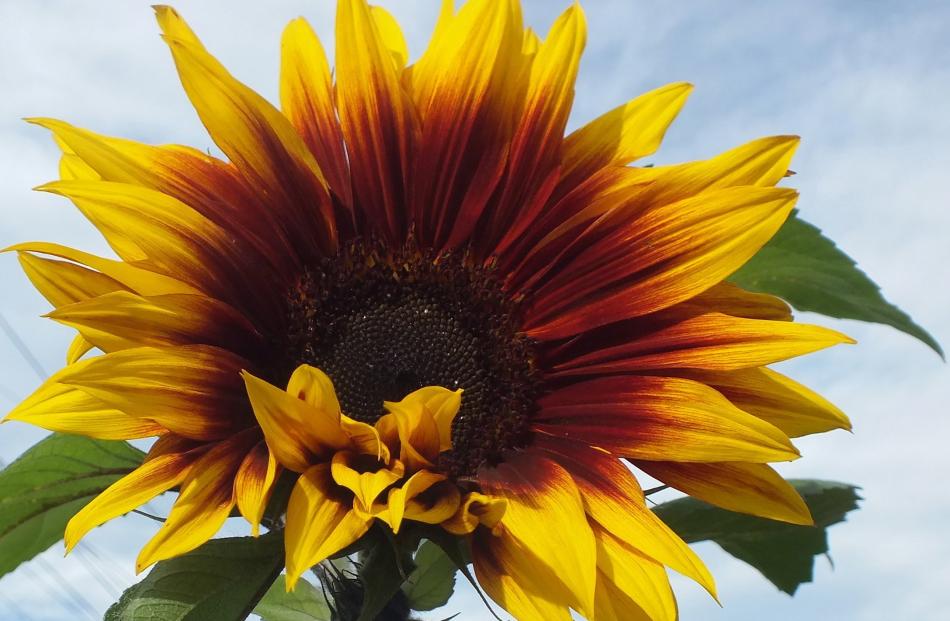 Gillian Vine says sunflowers are a decorative and useful addition to the garden.

One of the first North American plants to be domesticated, the sunflower (Helianthus annuus) was cultivated by native Americans perhaps as long ago as 1000BC.

By the time the first Europeans arrived, sunflowers were grown from Mexico to southern Canada, and the explorers took them home.

The new plant was only a novelty until it reached Russia, where it was found to produce useful oil. High-oil strains were taken back to the United States, where birdseed and human snacks were spinoffs, as was sunflower silage.

Gardeners found sunflowers a good addition to their plots, appreciating the cheerful, easy-to-grow plants for their ability to tolerate almost any soil and cope with dry summers, as well as their endearing habit of turning their faces to the sun.

Although yellow and gold still dominate, in recent years more varieties have come on to the market, so the range now includes rust and burgundy shades, but seed companies here have yet to import some of the deep orange or purple cultivars available overseas. 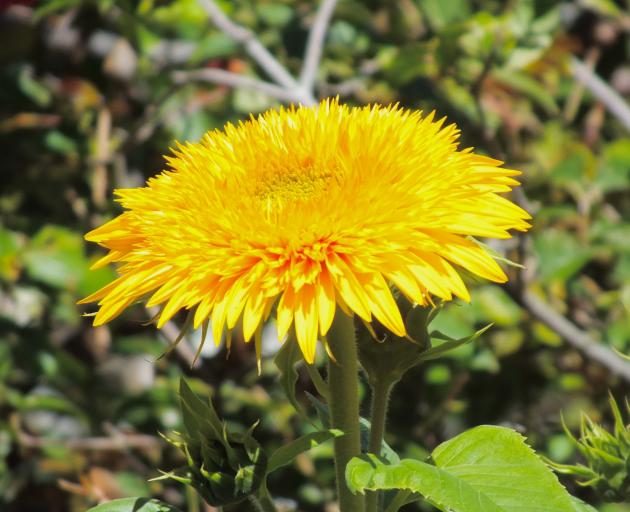 Teddy Bear is a mid-height double variety.
Of the handful of fully double types, the best has to be Teddy Bear. Seed catalogues say it grows only 70cm but I have seen plants more than twice that height grown by a Roxburgh gardener.

Those with small gardens can grow in pots the likes of Smiley and Yellow Pygmy — 40cm tall on maturity — while at the other end of the scale are Giant King Kong (5m), Skyscraper (4m-5m) and Giant Russian (3m).

Seed can be sown from September until mid-January, either in trays or directly into well-drained soil in a sunny spot. The ideal situation is one that gets six hours of sunshine a day.

I have found that sowing where they are to mature gives sturdier seedlings. The strongest of all are from "volunteers" that have popped up where the birds dropped seed in winter.

Allow at least 45cm between plants — twice that for the giant varieties — and keep an eye out for slugs and snails, which unfortunately find young sunflower shoots very tasty.

As sunflowers grow, tall varieties will need support, such as bamboo canes, or grow them by a fence and tie them to it.

Pollen-less cultivars, such as Dwarf Ballad and Envy, are touted as ideal for cutting but growing them means less food for bees.

Imported seed is treated and should not be eaten but the seed produced by these varieties is safe for humans and birds.

If you decide to save seed for sowing the following season, there may be some surprises. Many sunflower varieties are F1 hybrids and plants grown from their seed will not necessarily look at all like the parent. But that’s the fun of gardening. 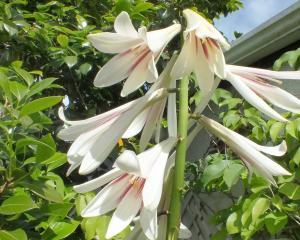 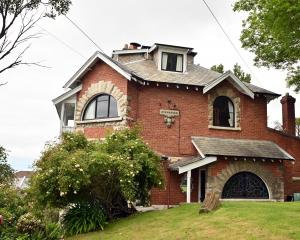 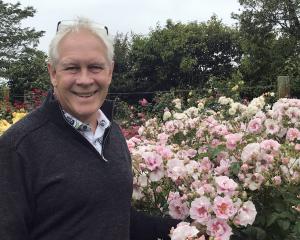 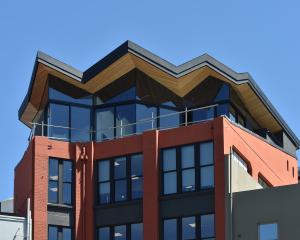 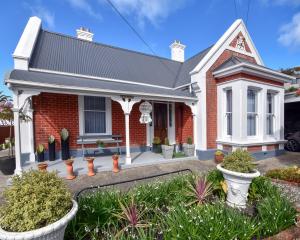