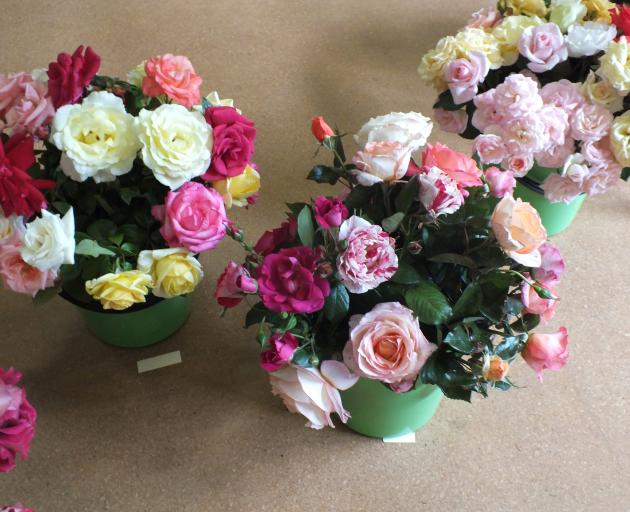 Roses left over from exhibition vases at last year’s Rose Ranfurly were displayed in buckets. Photos: Gillian Vine
Small garden clubs are capable of big things, and an excellent example is the West Otago Rose Society. 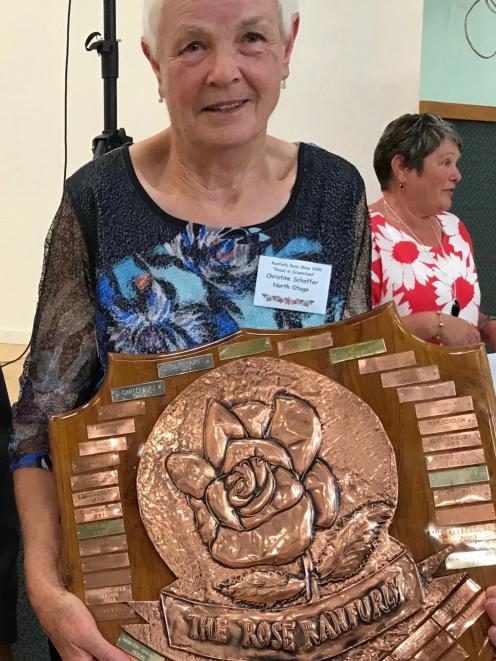 WORS president Joan Brenssell is delighted that more than 50 people, representing seven of the South Island’s rose societies, will gather from February 26-28 for the event.

The shield was the idea of the late Sam McGredy who, as well as being a successful rose breeder, was an avid rugby fan. He felt the Ranfurly Shield rugby competition could be replicated in the rose world, so in 1977 donated shields for annual North Island and South Island club competitions.

Each year, a different rose society hosts the event. Last year, it was held in Greymouth and the North Otago Rose Society took top honours.

A show, open to the public, highlights the event. It will be held between 1.30pm and 4pm on Saturday, February 27, at the Tapanui Community Centre. 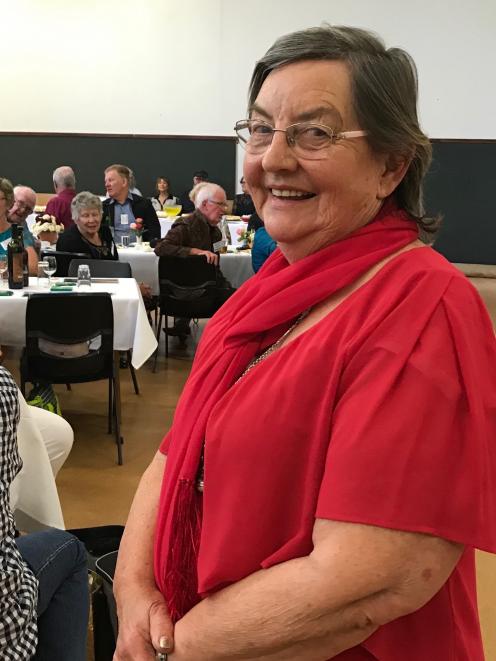 West Otago Rose Society president Joan Brenssell put her club forward to host this year’s competition.
It is a fitting venue as its rose garden was planted and is maintained by WORS members.

Mrs Brenssell is delighted the event has received sponsorship from the Community Trust of Southland and the Mataura Licensing Trust, and that Blue Mountain Nurseries is having a special open day for visitors on the Sunday.