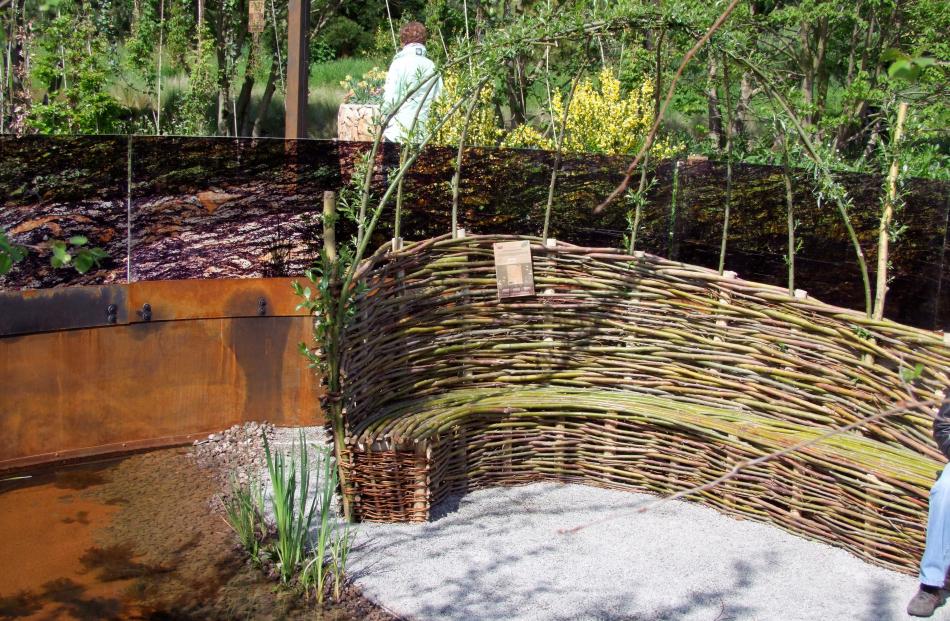 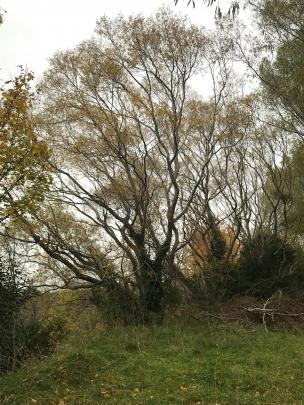 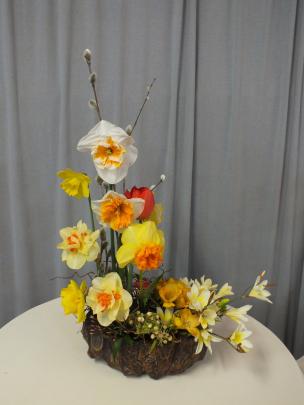 Pussy willow is a favourite with floral artists. 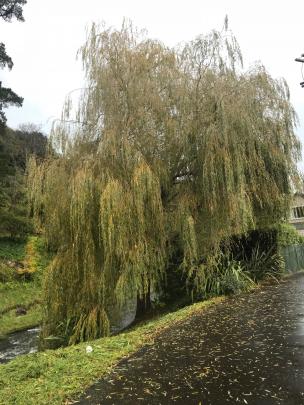 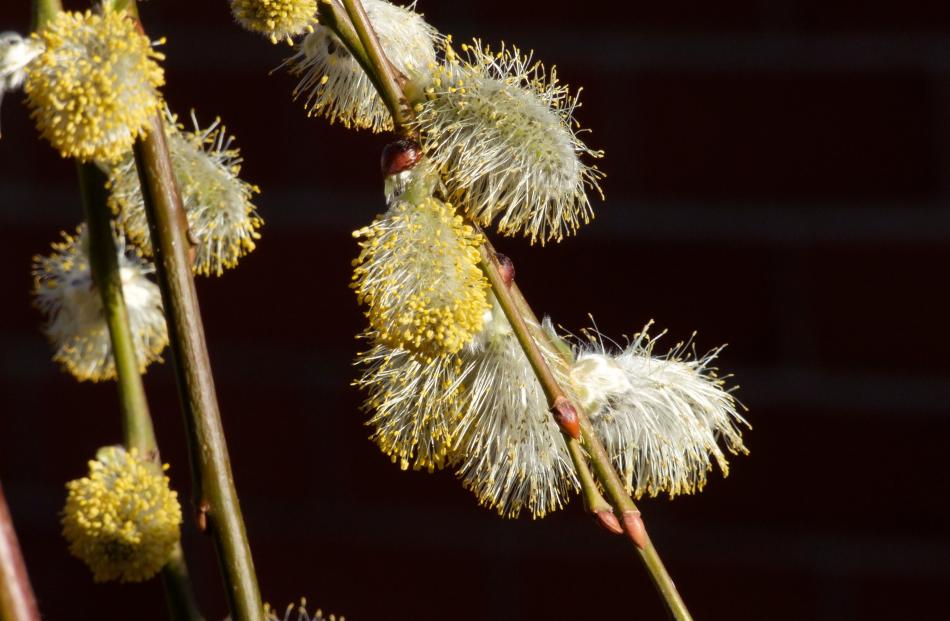 Kilmarnock is a pussy willow suitable for a small garden that has damp soil. 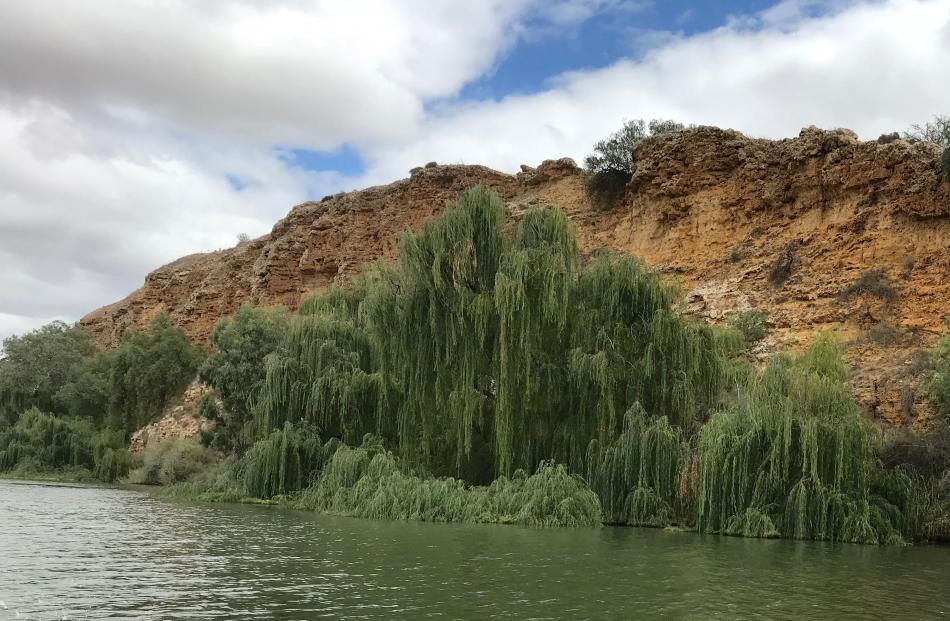 Green weeping willow is considered a pest plant in much of Australia.

Gillian Vine considers the baddies and some good guys in the willow clan.

They can be used to manufacture baskets, furniture, charcoal, dyes, polo balls and cricket bats; to cure aches and pains; be cut up for firewood, fed to animals or make decorative additions to parks and gardens.

Sound like perfect plants? True, many willows are good guys but a couple are downright thugs.

Let's get the two undesirables out of the way first: they are the crack willow (Salix fragilis) and grey or pussy willow (Salix cinerea). Both are European species that have become pest plants and are on the National Pest Plant Accord list, so cannot be sold or propagated in New Zealand.

Crack willow was brought to New Zealand about 1840, and gets its common name because its brittle twigs and branches make a cracking noise when they snap. Like most willows, it has separate male and female plants. The female catkins are longer and produce very fine seed that can drift several kilometres. Male willows do not produce seed but the pollen can cause high allergenic reaction.

Like crack willow, the grey willow was an enthusiastic colonist, spreading quickly wherever the soil was moist, clogging waterways and depriving water of oxygen when leaves fell in autumn.

It gets a bit confusing because other trees are known as pussy willows, mainly S. caprea, S. x reichardtii - a cross of S. cinerea - and S. cinerea var. oleifolia (syn. S. atrocinerea).

Two baddies out of more than 400 species may not sound too bad but as only a handful of willows have been introduced into this country, we are probably lucky there are so few villains. However, willows hybridise readily and to date, more than 100 hybrids have been identified in NZ

On the farm, the Chinese willow (S. matsudana) has become popular as a fodder plant in some regions for its reputation of having greater resistance to drought and goat damage than the likes of Moutere and Tangoio, both of which are crosses of S. matsudana and the white willow, S. alba. All three can be used for shelter belts and have attractive autumn colour, while the leaf protein of Tangoio is close to that of lucerne.

In the garden, there are willows for almost everyone, although a mature weeping willow can slurp up an estimated 400 litres of water a day, so arid conditions do not suit them at all. For those with large properties and damp soil, green weeping willows (S. babylonica) and golden weeping willows (Salix x chrysocoma and S. alba vitellina pendula) make splendid specimen trees. They are fast-growing, eventually reaching 15m or more, and as wide as they are tall. Because only female forms of green weeping willows are known in NZ, that makes them appropriate for those who react to male willows' pollen. Incidentally, these lovely trees have naturalised in Australia to such an extent that they have been classified as environmental weeds in most states.

For mid-sized and small gardens, the best-known willow is probably Kilmarnock, a male S. caprea hybrid propagated by grafting on to rootstock, to produce a small (2m-3m) weeping tree. Brown buds start showing silver in winter then open fully in spring. At either stage, they can be used in floral arrangements. Only after the flowers fade do the silvery-green leaves unfurl.

Similar in size to the Kilmarnock willow is Moondance, where creeping willow scions are grafted on to standards to produce cascading trees with silvery leaves.

All small weeping willows should have upward-growing growths removed as soon as they appear and the base of their skirts trimmed to maintain a neat umbrella shape.

Almost as well-known as Kilmarnock is the twisted or tortured willow (S. matsudana var. tortuosa). Popular with floral artists, prunings are always welcomed by those who enjoy flower arranging. The tree grows to about 5m tall. There is also a golden-stemmed form, Ikebana Gold.

We may not have anything approaching willow's 400 species but those we do have can enhance a garden with a damp spot. 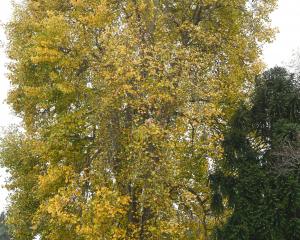