Adept with needles of all sorts 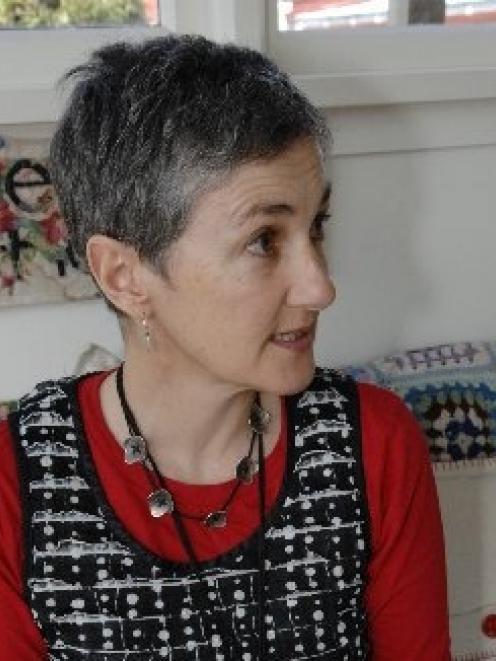 Grace Ockwell says craft is in her blood. Photo by Linda Robertson.
There is not an area of Grace Ockwell's home that has not been touched by her well-practised, needle-wielding hand.

In fact, you cannot even step in the front door without walking past some of her handiwork.

The curtain covering her entranceway is made from an old woollen blanket, adorned with dozens of Girl Guide badges.

"I've got an ongoing love of Girl Guide badges," she said.

The collection included some of her own, others tracked down on the internet, and gifts from people.

"When people find out you are passionate about something, they are really generous."

Her lifelong passion for craft is not limited to working with badges, though.

Knitting, embroidering, sewing - she loves it all - but stitching is her favourite.

"I like taking things that are already there and embellishing them." Craft was "in the blood", she said.

"I learnt to knit when I was 8 - I've done it ever since - [and] I was really lucky because when I was at high school the only art subject available was sewing. I got a really good grounding at school."

A group of friends invades Mrs Ockwell's house every Wednesday night for a get-together and craft session.

"Within the crew, there is a whole mix of skills. It's really good to feed off their ideas," she said.

Mrs Ockwell's talent is obvious in the cushions that grace two couches in her lounge; buttons, badges, doilies and stitched words give the cushions a designer look.

In the same room, cream woollen blankets have been transformed into curtains, complete with quirky additions, such as a small stuffed toy tucked into a pocket.

Mrs Ockwell's latest project - a giant rag rug - will join two others on the floor.

The "underlying principle" behind it all is "thrift and preservation", with most of her materials coming from second-hand shops and donations.

Admittedly, she drifts through different "phases", making everything from clothes, to necklaces, crochet hats, and skirts out of ties, as the fancy takes her.

"I like things that are fun, and colour is really important to me," she said.

An "ongoing phase", though, is making gloves embellished with felted wool flowers, which she sells.

"The reason I started selling them was I would wear them, and people would say `I want them'."

Inspiration for projects "just come from wherever" and she will work on them for about an hour a day, sneaking this in between other commitments.

"It's only the thinking that I need time for."

Tips
- "You don't need a fancy machine."
- "You don't need to spend a lot of money to have a lot of fun. I try to do things as thriftily as possible."
- Comb second-hand stores for materials such as fabric and buttons.
- Advertisements in newsletters, or word of mouth, can be good ways to get hold of material you cannot easily source yourself.