An agent of change 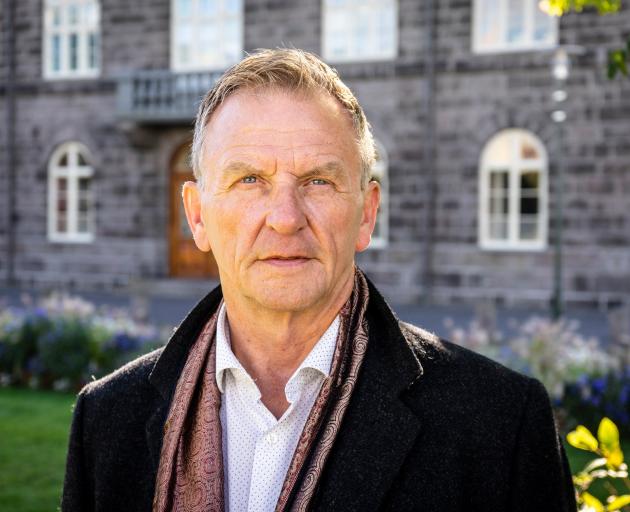 Hordur Torfason says as a young man he was looking for a leader to follow but couldn't find one, so he became one himself. Photo: David Thor Gudlaugsson
What Hordur Torfason learnt as a young man fighting personal discrimination, he applied to the whole of Iceland in the wake of the global financial crisis, and now offers to anyone looking to foment change, writes Bruce Munro.

A storm is battering Iceland, Hordur Torfason says down the telephone line in lilting, Nordic tones.

"You never know what you'll get here," he says of his volcanic, geothermal homeland settled by Norwegian Vikings and their Gaelic slaves more than a millennia ago.

At 73, Torfason can recall many storms. The metaphorical ones have been the most testing. They have also taught him the most.

He has seen the best and worst of his country. It has seen him in several incarnations: celebrated actor, despised gay activist, acclaimed musician, guiding light of Iceland's Cutlery Revolution, international speaker ...

When he was a young man, Iceland was no haven for homosexual people.

"Fifty years ago, gay people were almost hunted around here," he says.

In 1975, a then 30-year-old Torfason was a pop star and a movie and theatre sex symbol. He decided to use his fame to publicise gay rights.

Overnight, he was out of work. He lost everything. Constantly threatened, he had to flee to Denmark.

He became depressed and suicidal.

"But I stopped at the last minute and thought `What am I doing?"'

He decided to return to Iceland and fight.

Slowly, he built a gay rights organisation and a gay theatre company.

"I learned a lot in those days," he recalls.

"The most effective way to deal with prejudice, I found, was to be visible, to be seen. I never quarrelled with people. What was wrong was a lack of information, a lack of debate." 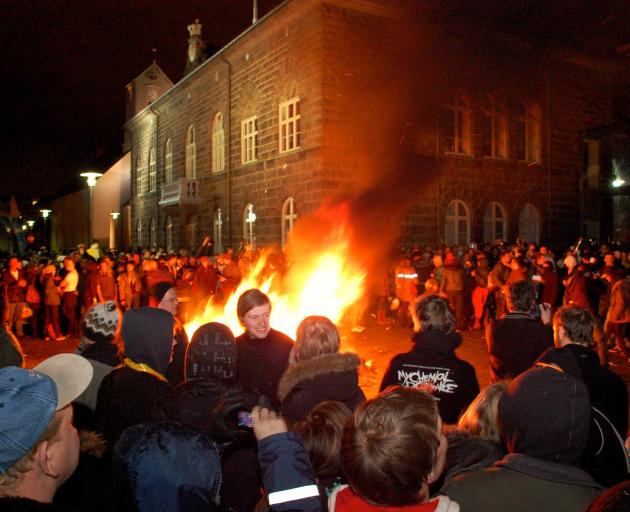 People gather outside the Iceland Parliament in Reykjavik, 2009 during mass protests that led to the Cutlery Revolution. Photo: Supplied
It took 32 years, but he got what he was fighting for.

"A law change to protect all people. We were fighting for human rights."

By then Torfason's reputation had been rebuilt.

That was in 2006. Two years later the global financial crisis hit. It hit Iceland hard.

By October 2008, the country's debt had ballooned to more than seven times its GDP. All three of Iceland's major commercial banks defaulted on their debts. The value of the national currency fell sharply. A severe economic depression set in. Unemployment tripled. Many people lost all their savings. The nation was in crisis.

All around him, Torfason saw desperation, confusion and anger.

"It was obvious no-one was going to help them," he says.

He returned to lessons learned over the previous decades - be seen, educate, practise non-violence.

"I organised good speakers who could explain to the people what had really happened. And how we could get out of this.

"It was precisely the same procedure. And peacefully, by talking.

"It was strictly for people, for ordinary people."

Thousands of people turned up, week after week. Iceland had never seen its like. 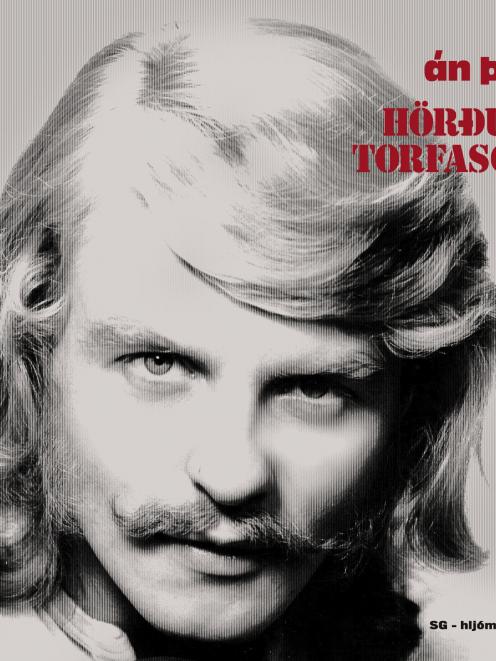 Hordur Torfason pictured here on his second album, An Thin, was a household name in Iceland when it was released in 1971. Photo: Supplied
For five months, the rallies became Torfason's full-time, unpaid job, demanding his attention for up to 20 hours a day.

"I had three telephones and they kept ringing."

The aim was to educate people so they could make informed decisions and take their own action.

Torfason asked the people to noisily, but peacefully, make sure the politicians could not ignore them. He asked that on January 21, 2009, they surround the parliament buildings and bang pots and pans. The idea was inspired by a similar protest in Argentina, in 2001.

Many thousands descended on parliament.

"We started about noon and kept on until midnight. Then we went home to sleep, and met up the next day.

"Success was one hundred percent. That was something nobody had believed could happen."

The international curiosity about what had been achieved, and how, led to invitations to speak in many countries. He had to refuse more invitations than he accepted, but for five years he was regularly on the road.

His first visit to New Zealand was in 2013, which included a speaking engagement in Dunedin.

After writing a book about his experiences, he returned and spent three months in Wellington, working on the English-language version.

If he and his husband were ever to emigrate from Iceland, they would settle here.

"If there was any country I really fell in love with on all my travels, it was New Zealand," he says.

In the meantime, there is still work to do in Iceland. The potential of the Cutlery Revolution, in some senses, remains unrealised, he says.

Icelanders have grown in their critical thinking. But the country's ground-breaking, crowd-sourced new constitution has been buried by politicians.

"We are seeing it better and better, the arrogance of the politicians, the lies. We are in a kind of war, a heavy debate. We need to continue what we are doing."

The same need for activism is true around the globe, Torfason says.

"There always will be. Because of human nature.

"People get elected but then they start to feel like they own their position. That is how corruption starts. It is very human.

"That is why it is so important to have activism; to have people who will step out, stand up and say `this is wrong'."

Most people want positive change, he believes. But that takes determination - and something else.

"One thing I have learned ... it takes time.

"In Iceland we have changed things, but it is one centimetre at a time."

Hordur Torfason will give a free public talk, The Artivist Methods, on Thursday, April 11, 5.30pm to 6.30pm, at the Otago Polytechnic Hub, Forth St, Dunedin. To register, go online to https://hordurtorfason.eventbrite.co.nz