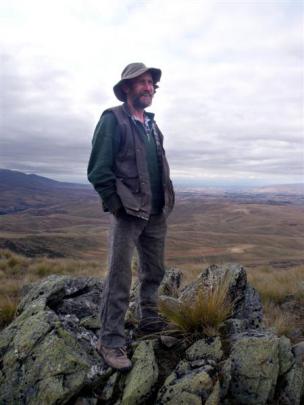 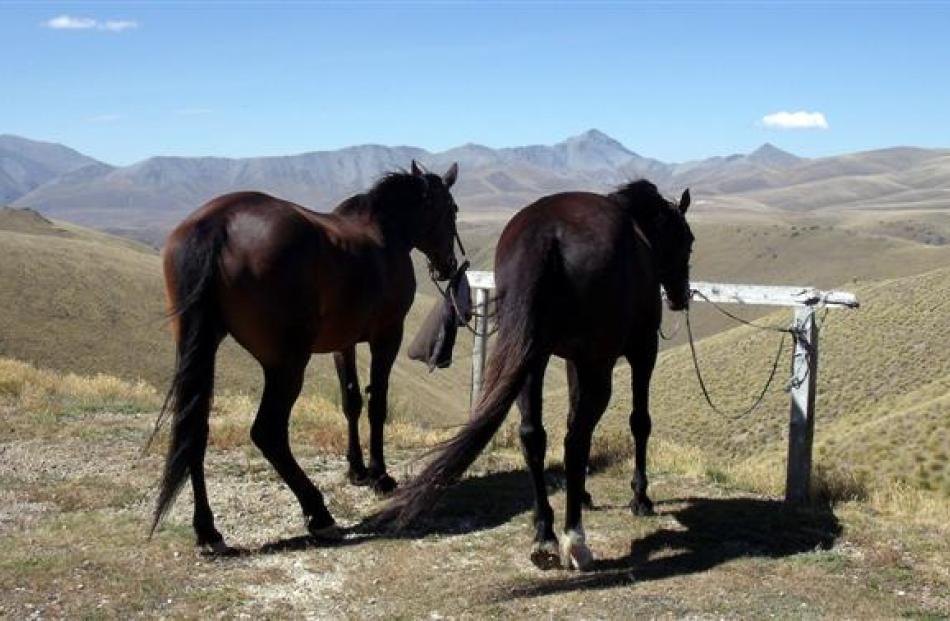 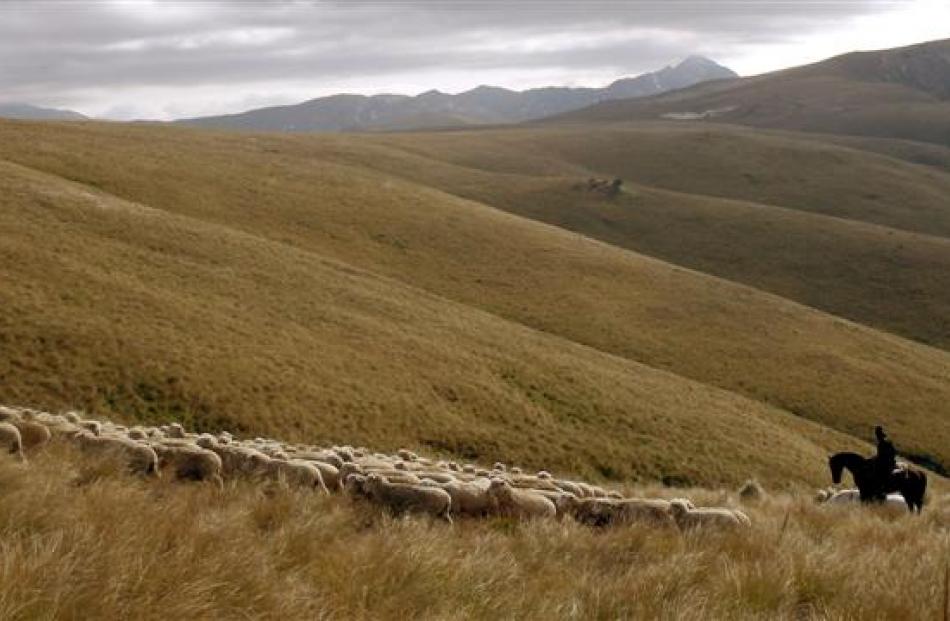 Generations of Maniototo farming families have headed for the hills each summer, moving their sheep into the mountains for summer grazing. The importance of having access to that land has been highlighted by the drought conditions being experienced in Otago, as Sally Rae reports.

• Read First trip out into hills etched into memeory here

As Jock Scott pitches a historic bell tent in front of the Soldier's Hilton in the remote tussock-covered back country of Central Otago, the grin on his face is broad.

For a man who is as passionate about preserving history and traditions as he is about farming, it is a juxtaposition of old and new.

Behind the tent, from the era of World War 1, is a spacious and comfortable musterer's hut, built in 1991 and with a knockout view of the surrounding high country.

It is far removed from the two old tin huts it replaced and, indeed, the bell tent prior to that, where eight or nine men slept with their feet towards the pole, the only way they could all fit in.

Mr Scott, a Kyeburn farmer, last pitched the tent in 1997 in the Maniototo Stadium at the centennial of the Mt Ida Syndicate, and he hopes to pitch it again at the Soldier's Syndicate centennial in 2020.

Much has happened in those intervening years but one thing that has not changed - not just in that time, but also since the syndicates were established - is the importance of summer grazing.

Each summer, generations of Maniototo families have moved their sheep into the mountains to remove the pressure from their downland properties, in what has been a unique and annual ritual.

The importance of summer grazing to those farming operations was reinforced this year when extremely dry conditions prevailed.

''It's so important for us, because it's a release from the pressure of the weather when the chips are down and it gets dry.

''I just feel the greater public don't know what it's all about. They all talk about farmers coming under stress ... it does become very bloody real,'' Mr Scott said.

He estimated he would have to reduce stock numbers by between a third and a half if that grazing was not available, or find some other way through the likes of irrigation to stock at the same level, or implement a change of farming practice.

The Scott family has farmed halfbred sheep for as long as he can remember, and a change of farming practice does not appeal.

''In my case, we can get 4200 ewes, between the two syndicates, to the hill. You take that off your dry, downland property and say those 4000 can't go anywhere, what are they going to eat?

''If you haven't got something for them to eat, you've got to buy something ... it soon becomes pretty uneconomic.''

Earlier this month, Mr Scott made the annual pilgrimage to the hill, taking a mob of 2500 ewes to split between what used to be the Mt Ida Syndicate - now part of the Oteake Conservation Park - and the Soldier's Syndicate.

His family's connection to the Mt Ida Syndicate dates back to 1897 when his great-grandfather, Robert Scott, a member of Parliament for the Tuapeka electorate and later Central Otago, along with the Inder and Hore families, saw the potential of the land to relieve the pressure on the downland properties when it got dry, after some very difficult years.

From then on, those three families worked together.

They were joined later by several others, but subsequent generations of the original three are still involved today.

Originally, grazing was allowed under a pastoral occupation licence, which, unlike a pastoral lease, had a fixed term, with no right of renewal.

Since as far back as the 1960s, there has been debate about continued grazing on the land.

In 2008 the Commissioner of Crown Lands, David Gullen, designated the Mt Ida Syndicate land for vesting in the Department of Conservation for conservation purposes.

The farmers, forced to ''fight for our bloody lives'', then sought a judicial review of the commissioner's process.

In 2011, the farmers and Doc reached an out-of-court settlement, with grazing allowed for a 12-week period every year for the next 10 years, while the 8400ha block remained conservation land, to be managed by Doc.

Mr Scott acknowledged he was ''gutted'' when the agreement was signed, but it was getting very costly for the farmers involved.

''Most disappointing, but there you are. You've got to move on. Make the most of what you've got.''

While, technically, the Mt Ida Syndicate no longer existed, they still stuck with the name ''because that's our group of people''.

Mr Scott also belonged to the neighbouring Soldier's Syndicate, which was formed after World War 1 as part of the soldier's settlement.

Its future has also faced uncertainty.

In 2003, the Commissioner of Crown Lands decided to grant a special lease to the group on the expiry of a pastoral occupation licence.

Several years later, he changed his mind and decided to designate the 4400ha as a conservation area.

The syndicate appealed to the High Court and, in 2008, the judge ruled in the farmers' favour.

But they are still waiting for that special lease to be drawn up.

Mr Scott remained very uneasy, saying the farmers were ''completely at the mercy'' of others who might perceive that damage was occurring to the land because of grazing.

But as he looked around the tussock-swathed hills this month, he was heartened by what he saw, saying the country had never looked better.

It proved that grazing could be run in harmony with public access to the area, he said.

''I'm not a bloody ecologist, or anything like that [but] a lot of it, it's the way nature has carved the hills.

''If they're high and steep and rocky ... limited stocking, to my way of thinking, doesn't damage them to a big degree.

''It's just all about a mind-set that says we had our day. I'm quite sour about the whole thing and what we've had to endure. I just feel, why couldn't we have worked as a partnership?''

Mr Scott has no issues about the public using and enjoying the land. Sharing the back country with others is something he loves doing.

The prospective leaseholders had applied to the commissioner of crown lands for a rehearing with respect to the terms of the proposed lease.

Until that process was complete, Linz was unable to comment further or to provide a time frame in which the matter might be resolved, Mr Hook said.