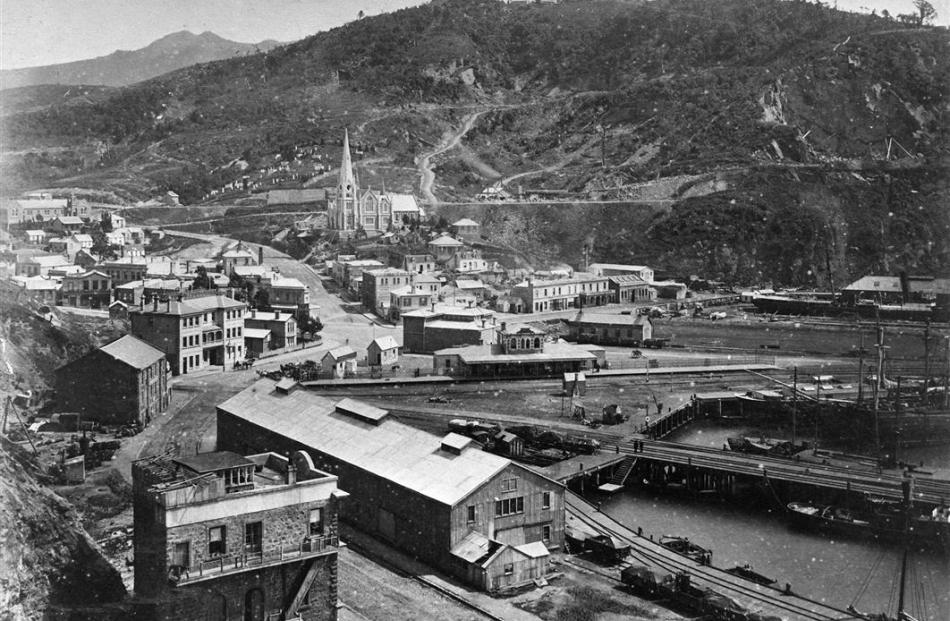 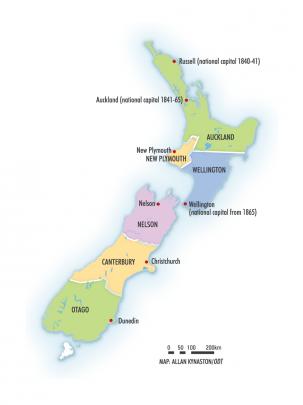 The original six provinces of 1853. Taranaki was called New Plymouth until 1858. Stewart Island was not included in any province at this stage. MAPS: Allan Knyaston/ODT 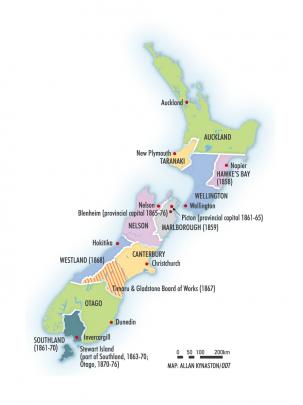 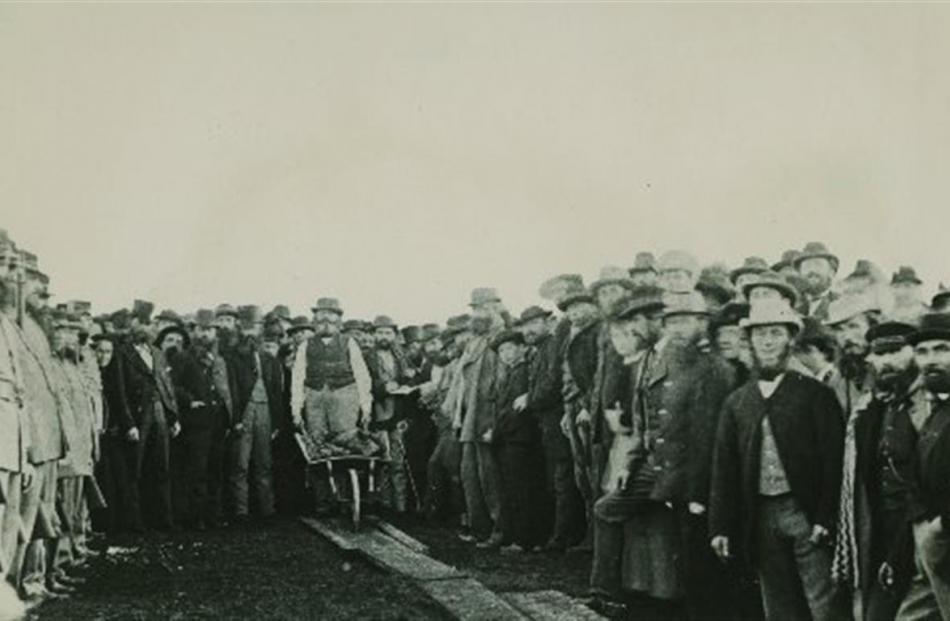 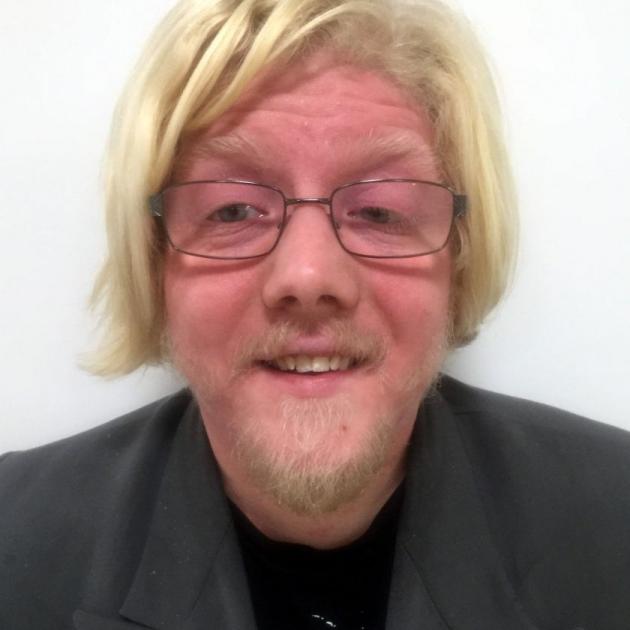 Never mind Brexit, the UK is a latecomer to the breakaway party. Back in the 19th century in New Zealand it was all about Prexit: the secession of the provinces.

DR ANDRE BRETT has a new book on this chapter of the colony's history and here describes Otago's leading role.

Otago has always asserted a proud identity. 150 years ago it manifested as a desire to separate from the rest of New Zealand.

From 1853 to 1876, New Zealand was divided into provincial governments, the basis for today's anniversaries and rivalries. Otago was one of the original six (there were ultimately 10) but in the early years it was small and not terribly influential.

All that changed in 1861 when gold lured people and money. Dunedin, the doorway to the goldfields, became New Zealand's largest, wealthiest city.

One newcomer was Julius Vogel, an energetic British Jew who within a month of landing in October 1861 founded the Otago Daily Times as New Zealand's first daily newspaper. 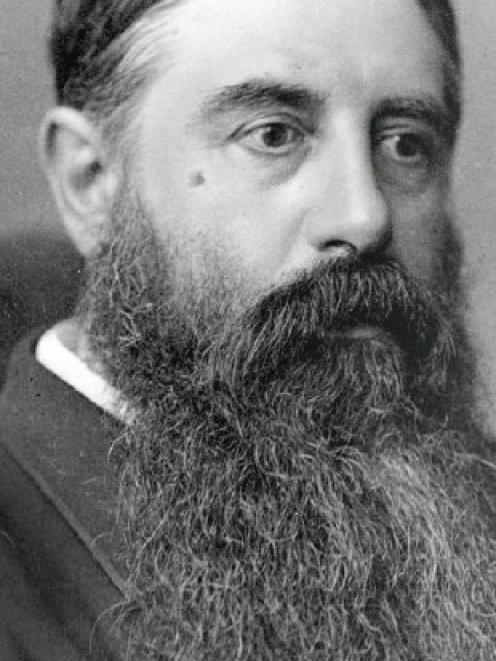 Vogel cut his teeth in journalism on Victoria's goldfields, witnessing the great strides that colony made after separating from New South Wales in 1851.

He was also familiar with Queensland's successful separation campaign of 1859. If any publisher knew what separation could do for an aspirational region, it was he.

Other prominent people were also thinking of separation. South Island taxpayers contributed significantly to the costs of war between Pakeha and Maori in the North Island, an impost from which they hoped to extricate themselves.

The national government, located in Auckland until 1865, felt very remote in those days of coastal shipping, so Otago looked to a powerful provincial government to meet its needs.

But some national politicians schemed to weaken the provincial system by dividing large provinces into smaller, feebler units.

Southland was removed from Otago in April 1861 ... and went bankrupt in 1864, unable to afford an ambitious railway to Lake Wakatipu.

To many residents, Otago needed to act lest it be divided into even more pieces, its revenue pilfered by Auckland to spend on the North Island.

Vogel did not mince words. He told readers that the two islands "have nothing in common''.

Otago's people, he contended, encountered problems every hour that would have been solved if the national government were nearby. Well-attended public meetings in 1862 demanded separation loudly.

Some separatists were prepared for Otago to stand alone, setting a border at the Waitaki River. Most, however, viewed Dunedin as the capital of a new South Island colony.

Here lay a major difficulty: convincing other provinces to join the campaign. This proved to be the first hurdle that the movement could not overcome.

The interests of Dunedin were unmistakably different to those of Nelson, which enjoyed closer communication with the North Island than with its southern neighbours.

Southlanders cherished freedom from Dunedin. Canterbury was unready to concede pre-eminence to a southern upstart; its people preferred a distant national government to a more interventionist authority on their doorstep.

Vogel was furious and denounced the "charmed circle'' of provincial self-interest. He argued from what he called "the whole Island point of view'', believing that "jealousies between the Provinces will be forgotten in the one feeling of attachment to the new colony, Southern New Zealand''. At this time he was a novice to the political arts of compromise and persuasion.

Not everyone in Otago agreed that separation was a chance to revise or remove the provinces.

James Macandrew, Otago's superintendent in 1860-61 and 1867-76, was a boisterous local patriot who spoke for many. He thought separation could create a colony in which the provinces held great power. This ideological divide was hard to bridge.

The campaign was, however, energised in the mid-1860s in a most curious way: through alliance with Auckland. The decision to move the national capital to Wellington, accomplished in 1865, motivated a well-supported northern separation movement. If Auckland and Otago worked together, they could rule individual colonies in each island.

Relocating the capital struck southern separatists as an inadequate response to their complaints. Vogel argued that Wellington was no better for Otago than if the capital were on the Chatham Islands. Another press scribe thought the move would "suit nobody but the Wellington people''. So when Auckland went in swinging against relocation, many in Otago joined.

Separation kept running into hurdles: Otago's hinterlands and some MPs were hostile. In Central Otago, separation appeared as a plot to concentrate power in Dunedin.

In parliament, just three of Otago's seven MPs voted for separation in July 1865. Men as eminent as Edward Cargill - son of William, Otago's founder - and former superintendent J. L. C. Richardson rejected it. The support of every Auckland MP was insufficient and separation failed. 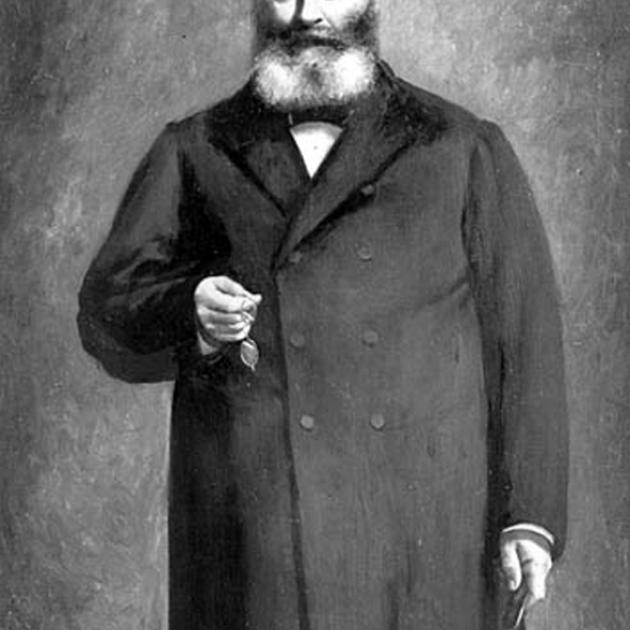 Separatists were livid. Richardson, who had previously commanded high respect, incurred such hostility that he did not bother recontesting his Clutha electorate in 1866. George Grey, the colonial governor, received a large petition for separation on his visit in May 1867.

The Auckland cause faded after 1866 because predictions of calamity after the capital's relocation proved to be false. Otago, however, got angrier.

In 1867 it was time for Otago to elect its superintendent. Every province had one; they were like today's governors of American states, able to assent to or veto legislation. Macandrew, whose financial indiscretions saw him bundled out of the superintendency in 1861 and jailed for bankruptcy, wanted his old job back. And he had just the platform to regain it.

Macandrew promoted separation unflinchingly. No other path, he believed, would allow Otago to best administer its affairs and stop its revenue flowing north. "We have two governments, and so need to dispense with one.''

He predicted a famous Monty Python quip, asking "what had the General Government done for Otago?'' On this platform Macandrew defeated the incumbent, Thomas Dick, and found himself in the thick of a controversy that became separation's apogee.

Powers of goldfields administration were held by the national government but normally delegated to provincial superintendents. The government of Edward Stafford decided to punish Macandrew for his past sins by refusing to do so. This was an audacious ploy to assert authority over Otago, and nothing could have angered it more.

The provincial council expressed unanimous disgust, but Macandrew had bolder ideas. He earned a thumping victory in a hastily arranged plebiscite asking the voters of Otago to support him against Wellington. At the same time Vogel joined him to rally the separation cause, and the province petitioned Britain to divide its New Zealand colony in two.

Stafford had to beat an embarrassing retreat, but in London there was no need to acquiesce. Even if Otago persuaded Wellington of its case, Britain possessed ultimate authority as the imperial power. The secretary of state for the colonies wrote to the speaker of Otago's council that he was unable to advise Queen Victoria to comply with the separatists' prayer.

Separation waned and never recovered. Macandrew did not lose his fervour, continuing to tell Otago that they could not serve two masters.

The problem was that New Zealanders were starting to turn against the provinces, and one of them was separation's first great advocate.

Vogel ascended rapidly to the heights of national politics and became New Zealand's treasurer. His real passion was economic growth; separation was a means to that end, but now he had a better means at his disposal. His centralising tendencies, already evident in his proposals to unify the South Island through separation, acquired a national scope.

In June 1870 he presented one of the most significant policies in New Zealand history and it would sweep away the provinces. Under his Great Public Works Policy, Wellington took from the provinces control over public works and immigration. The centrepiece was a railway network linking every province.

Many provinces were poor and struggling to provide essential services; now they existed on borrowed time. 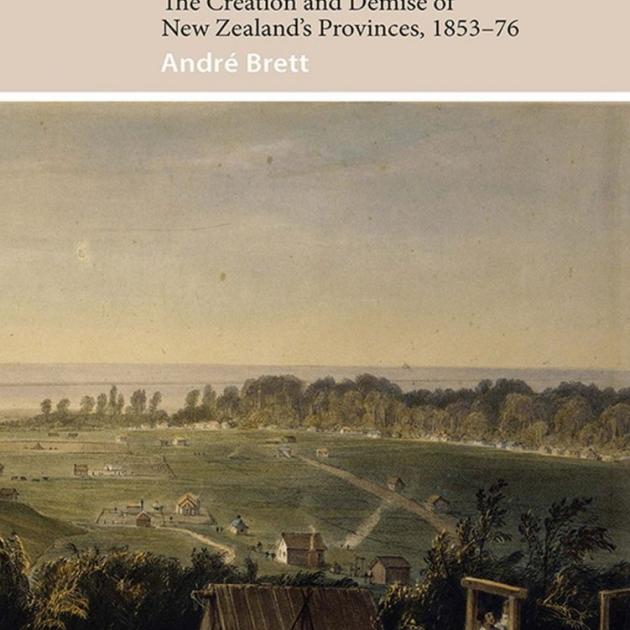 Otago was one of the few still viable; its patriots now had to fight for their province's very existence. Despite proposals to reorganise the system to make it sustainable, it was too late.

The rapid spread of railways gave Vogel the opportunity to capitalise on widespread discontent with the provinces. In 1874 he proposed to abolish them. A telegram depicted Macandrew as "wild at Mr Vogel, and well he may. He has been completely sold.''

Otago thought it should govern itself, if not independently then with provincial autonomy. Most of the rest of New Zealand disagreed. The 1875 national election was essentially a referendum on abolition. Outside Otago and Auckland city, almost no provincialists were elected.

Separatists said that Otago could not serve two masters, and soon it only served one, just not the one that had been intended. The provinces passed into history on November 1, 1876 and Otago lost the territorial basis on which it could press its cause.

Vogel, who so ardently desired to foster fellow feeling throughout the South Island, may be surprised to find the regional rivalries of his era persist today.

Andre Brett is the author of Acknowledge No Frontier: The Creation and Demise of NZ's Provinces, 1853-76 (Otago Uni Press, RRP $45). Contact him at adebrett@unimelb.edu.au and @DrDreHistorian on Twitter.